As Monty Python would say, "and now for something completely different."

In addition to plenty of MG, Triumphs, and Miatas from the first two installments of the Moss Motorfest, here's some of the more unusual cars. First up, just for fun, is a car that's not really a British car and certainly not a Miata!

The Qvale Mangusta was made in the early 2000s in Italy, and it has an interesting history that touches on DeTomaso, MG, and the Ford Mustang 4.6L engine! I'm pretty sure I'd never seen one before this, and this one was just parked away from the show, maybe someone that works at Moss owns it?

Coming up, another totally unknown to me, a 1958 Fairthorpe. Just when you think you might have heard of every car known to man and woman, you're wrong! 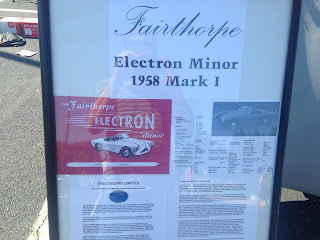 Just one shot of this next car, as you can read on the license plate below, "62 Elva." 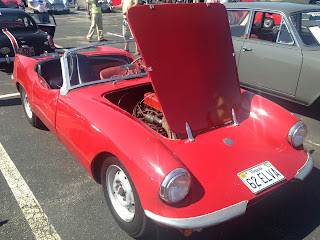 The initials TVR should be familiar to British car fans, since they have a history of making high performance and sports cars. Here's two TVRs. 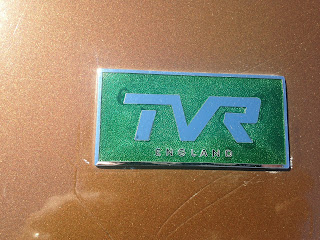 Here's a British inspired and sourced car, but Italian built by Bertone, with a design A. H. Arnolt. This car has an MG chassis, but Arnolt was a Chicago based business!


Finally, here's what I thought was the coolest car at the show. So, what is this very cool looking car? It's an Italia 2000, and if you think it's similar to a Triumph TR3,  you'd be exactly right! However, it was a unique car built on Triumph parts, but with a body designed and built in Italy. With a new Italian design from Michelloti, I think this car is just a great blend of the best of British roadsters and Italian design. Somewhere between 300 and 329 of these cars were built, so I can state that this is the first one I've ever seen! 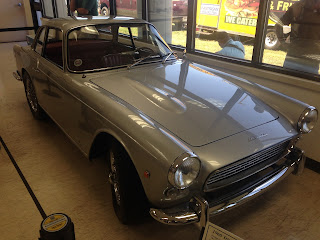