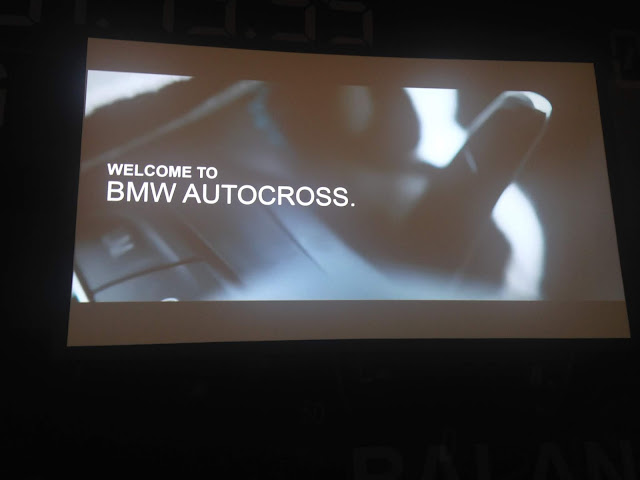 BMW is headed to Citi Field in New York City on November 9-15 for more of their Ultimate Driving Experience. If you are in the area, check out this link and sign up now to get your own time behind the wheel of some great BMWs and a quick little autocross driving competition too!

We checked it out at Met Life Stadium earlier this year, so we can highly recommend this
for those of you that feel the need for speed but don't have access to a Top Gun fighter jet.


NMS North drove the BMWUDE in May this year over in New Jersey at MetLife Stadium, and we can guarantee you're going to love this! I mean, you're going to love driving the heck out of a brand new BMW, with an instructor, and getting yourself around the autocross course with lots of cones as fast as HUMANLY POSSIBLE! It is a competition if you want to go for it, but if you just want to drive and have fun you can do that too!


Both the 5 series and the X2 were a lot of fun to drive, and we can confirm that just like in autocross, if you hit a cone you will get time added to your driving, so DON'T HIT THE CONES! I managed to drive the fastest time in my run group in May, but with the 1 cone penalty I didn't advance to the next round of competition. So remember, keep it clean out there, and SEND IT! 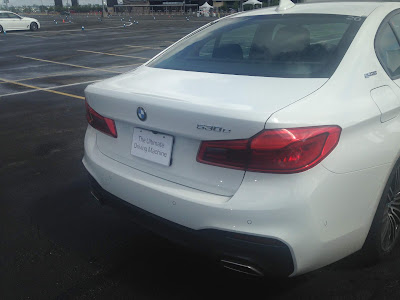 Posted by robert.a.nixon6@gmail.com at 7:06 PM No comments:


NMS is sending out our congratulations to Lewis  Hamilton for winning the Formula 1 driver's championship today in Mexico City! This makes Hamilton's 5th championship, and ties him with Juan Manuel Fangio, and puts him one up on Sebastian Vettel and Alain Prost (4 time champs). The only driver ahead of Hamilton now is Michael Schumacher on 7 titles, so it looks likely that Lewis will be challenging for that record in the future.

Winning the race today was 21 year old Max Verstappen, who now has 5 race wins on his resume, and I'm thinking that someday we'll see Max as a world champion too. He drove a great race from 2nd on the grid, took the lead in the first corner, and came home with the victory, so congrats to him and the Aston Martin Red Bull Racing team. Here at NMS North we don't drink a lot of Red Bull or drive an Aston Martin, but of course we're willing to give it a shot for the right price!


Come to think of it, we don't drive a Mercedes like Lewis Hamilton either, or even a Ferrari like Sebastian Vettel. Well shoot, there seem to be a lot of gaps in our driving expensive car resume, I wonder why? (think, think, think) Oh now I remember, because we're not rich yet!

Speaking of driving nice cars, the NMS drivers are both available for a full time Formula 1 seat next year, and as of this writing there are a few teams looking for drivers in 2019. With that in mind, I'd like to remind the Williams and Toro Rosso teams that both Brian and I will be driving at the 24 Hours of Lemons LEMONS race at Carolina Motorsports Park next weekend, that's November 3-4, in South Carolina, which is easily accessible from the Charlotte NC airport!

Brian and Team Coronautski will be wheeling the purple Coronet on track, while I'll be sharing driving with the Altimate Driving Experience 1990s Nissan Altima (Altima = Altimate, get it?) trying to stay on track and keep the darn thing running. Besides driving on track, YOU can visit Camden SC on Friday November 2nd from 6-9PM for the ONLY Lemons Block Party in the country, and meet and greet all the drivers and their hunks of junk racing machines, enjoy some live music, and join in the general frivolity for a few hours before the racing starts Saturday at 10am.

We hope to see you there, especially if you are looking to hire some good drivers for next year!
Posted by robert.a.nixon6@gmail.com at 6:53 PM No comments:

Being a Formula 1 fan in the US is not always the easiest thing in the world. Sure, we can find races on ESPN this year, on line all the time, and thanks to all the digital magic it's easy to watch races when it's convenient. But to be a real race fan, you want to see the action LIVE and as it happens. With a sport that takes place in a lot of different time zones, from Austin Texas to Japan and lots of places in between, that means getting up in the middle of the night for that 2am race in Japan.

Hey, but this week, it's super EASY to be an F1 fan. The race is in the US, and will happen at 2PM eastern time on Sunday afternoon! What could be easier than that? The first way it could be easier is if it's on a network station instead of the Internet or ESPN which you may or may not have. NO PROBLEM, because being a USA race, it's on good old ABC this weekend! What else could be easier?  Well, next weekend is another race in a USA friendly time zone, when the Mexican F1 race will take place Sunday afternoon. A few weeks after that the Brazilian F1 race will also air in the US during daylight hours on Sunday, just imagine that!

At the race in Austin tomorrow (October 21st), we expect to see Lewis Hamilton score enough points to lock up his 5th world title. If somehow he doesn't do that tomorrow, he's pretty much sure to do so in Mexico next week anyway. With five titles that will put Hamilton one ahead of current Ferrari driver Sebastian Vettel, and Alain Prost. This would also give Hamilton a tie with the great Juan Manuel Fangio, and leave him still two titles behind the all time leader Michael Schumacher's seven championships.

Being an F1 world champion I'm sure is pretty cool. If that particular goal is a bit out of reach for most of us, at least we can still dream of winning the Mega Millions on Tuesday and taking home the 1.6 Billion dollars. I'd settle for being world champion lottery winner!
Posted by robert.a.nixon6@gmail.com at 6:39 PM No comments:

For Part II of the Concours d'Elegance at Americana Manhasset, let's hit some of the Italian highlights. Plenty of Ferrari and Lamborghini cars, plus a few interesting older ones from Alfa Romeo. No classic FIATs or Lancias to report.


Posted by robert.a.nixon6@gmail.com at 5:54 PM No comments:


Sure, there are some awesome car shows in the world where the super rich display their million dollar cars. There's also plenty of cruise-ins, Cars and Coffee events, hangouts, and plenty of other automotive events. While the NMS team hasn't been to the super exclusive deluxe black tie type of events you might find in Monaco, Switzerland, and the Monterey Week in California, we're happy to report that today we attended the Concours d'Elegance at the fancy shopping center in Manhasset NY. You know, the kind of shops that we don't shop at like Rolex and stuff like that! It's a shopping center with a Tesla dealer for crying out loud! EVENT LINK

Today was a TOUGH day on Long Island, with multiple events from which to choose for the car fan. Besides this event, there was also a Cars and Coffee at the local Acura dealer to show off the 2019 NSX. Then, there was a huge show called Driven to America that saluted Porsche and their 70th anniversary, with air cooled cars and the story of the first Porsche dealer in America which was in Manhattan NY. If that wasn't enough, I skipped the final autocross of the year, and in case you're wondering, I think I had a lot more fun at the Concours, so all in all I'm a happy camper.

This marks our first use of a new upgraded camera phone, so enough talk, let's just check out some awesome cars we spotted today.

Posted by robert.a.nixon6@gmail.com at 3:10 PM No comments: