Near the NMS-North HQ is the Norfolk Naval Base, and once a quarter they just HAVE to get rid of any automobiles that have been abandoned. They do this by selling these vehicles "as is" in a live auction. If nothing else, I'm a sucker for free entertainment, and it's always fun to hear the auctioneer and see how the crowd reacts to various trucks, cars, sometimes a trailer, or even a boat. There is no reserve on these vehicles, and I've seen them go for as low as 50 bucks, and some of them don't even sell at that price. If you are handy, and have your own truck and trailer, you could probably buy any of these for 50 bucks and at least get your money back by selling it to a junk yard or your local Pick-N-Pull type place.

The other fun part is the fantasy of actually buying a car at a huge bargain. So far I've only bought the one Mustang at a bargain, but until we get it running (hopefully next weekend), it's not quite in the "huge" category as far as bargains go. So far it's in the "could just about break even by junking it as is right now if I had to but who who wants to do that" category. With a few fuel pump arriving soon, we'll see if it fires up soon.

Back to the auction! We'll take a guess at the selling price before the auction on Wednesday, and then report later on how well we did. At the last auction we had a bad hair day and were off on more than we go right, so maybe we can do a little better this time.

Here's the list of vehicles from the auctioneer, Gene Daniels Gene Daniels Auctions  The auction is open to military ID card holders only. I think the top sellers will be the Toyota Tacoma, a Dodge Ram, and a 2007 Mustang GT. Some car brands for sale that you can't buy new anymore include Isuzu, Saturn, and Oldsmobile. Marks that start getting into the luxury crowd include an Acura TL and a Lexus. Most unusual vehicles in this auction are some small school buses, so there's something for everyone! 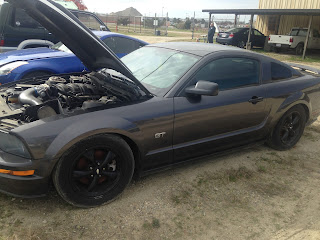 2007 Mustang GT. Body looked good, but like all these cars here, they just might have been in the big storm last year, which means possible flooding.

Heck, maybe it's really great, let's get things rolling here and estimate it selling at: 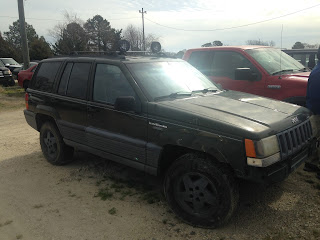 Plus, on the negative side, there are some other Jeeps, and some sweet looking other pickups in this sale.

I'm going to say it's not a hot seller, but someone will take it home for: 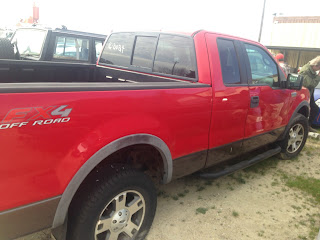 The tail gate was missing the top piece of trim, but other than that seems to be in reasonable shape. Tires weren't very old either.

Hard to say, but let's go with: 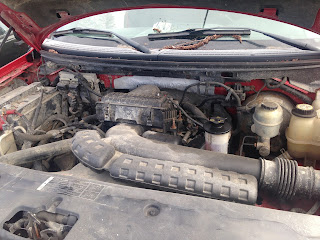 Oh wait a minute, looks like it has been sitting for a long time.

Was the engine underwater?

Heck, let's back off that estimate to: 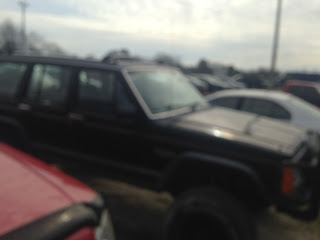 Sorry for the terrible photo here, but it's another Jeep, this time a 92 Cherokee.

Uh, boy is that out of focus! 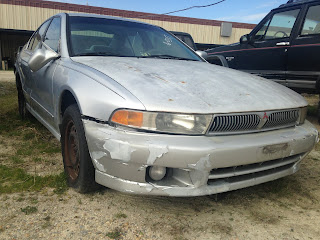 There are about 4 Mitsubishis in this sale, which doesn't mean much, but here's the first one.
2001 Galant

I don't feel the love for these, so let's just say someone will scrap it, so it will sell for:

Posted by robert.a.nixon6@gmail.com at 5:57 AM No comments:

In a bold move last week, NMS South Operations Manager, Brian Nixon made the move to trade in the Molten Orange Fiesta ST after only 18 months for a 2006 Chevrolet 1500 pickup truck.


At the NMS world headquarters in Columbia SC, the NMS team announced changes to their vehicle line-ups for 2017. Team spokesman Brian Nixon stated that while the 1999 Mazda Miata and 2013 FIAT Abarth would remain mostly unchanged for autocross this year, the NMS team has bid farewell to the 2016 Ford Fiesta ST. In its short time with the team, the bright orange "Salute to Clemson" Fiesta had taken several 1st place wins in autocross, but is now retired to join the first NMS Miata (a 2004 MazdaSpeed Miata turbo) in the NMS Retired Cars Hall of Fame.


Unconfirmed sources have revealed that NMS now operates various autocross and track cars, has a tow vehicle, but is apparently lacking the actual "trailer" needed to transport race prepped vehicles. When asked to clarify this point, the NMS spokesman quickly changed the subject and distracted reporters with the offer of something he called "free beer." This pretty much ended the press conference, but not before Brian confirmed that both the 2000 Mustang, and 1970s Dodge Coronet were likely to also see action in autocross and LeMons racing later in the year.


On a beautiful weekend in the Palmetto state, Brian Nixon kicked off the NMS season with a big bang on Sunday, taking 5th place overall PAX out of 103 drivers! This was a great turn-out at Darlington for the South Carolina Region of the Sports Car Club of America, and they'll be competing once a month for most of the rest of 2017.  NMS co-driver last year Jason Rucker also landed in the top 10, with 10th place on the day in a different car.

Brian and the NMS Miata competed in the Pro class, which features cars from all classes, and attracts the fastest drivers in the region. He placed a solid 4th place in Pro, and is off to a flying start in 2017.
Overall, the Miata gang took 5 of the top 10 places, with our friends Kyle Ray-Smith, Luke O'Hara, and Marty Bull all up there fighting for the win. The autocross crowd is a great group of drivers and friends, and it's great to be competing again, win lose or draw. (although winning is more fun!)

Listed below are the top 10 overall PAX drivers out of 103 competitors. For all the results you can find them on the SCR results page at: FEB RESULTS


Posted by robert.a.nixon6@gmail.com at 6:02 PM No comments: 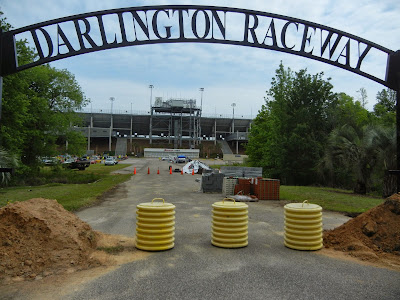 We hope you had a great weekend! In the NMS-South area, Brian was busy this weekend with the first weekend of autocross with the South Carolina Region of the Sports Car Club of America. They held an SCCA Finish Line school on Saturday, and then their first autocross of the year at Darlington on Sunday.

You also just might have noticed that the NASCAR folks are up and running again, with the pre-season kick-off down in Daytona this weekend too. In an effort to make the racing more fun, more attractive, and keep the fans interested all season long, NASCAR has tweaked the race format this year. So, in addition to having a new series sponsor (out with Verizon, in with Monster energy drinks), each race will now have three parts, and each part will award points. After that, it starts getting complicated, so you might have to consult with an attorney to really understand how this thing works. If nothing else, we believe that the idea is still to drive faster than the other drivers, and hopefully the first car across the finish line wins the race. More to follow on this, maybe that's how it works, maybe not!

Formula 1 wise, things start getting interesting tomorrow, when the first new 2017 car unveiling takes place. Since we've gone without any racing since late in November, even the appearance of a new car is news worthy! The first race won't happen until late March in Australia, so at least this week we get new cars revealed all week. After that, there are two different four day test sessions, so we'll finally get to see some cars on track, and check out the new look to the lower, wider, and bigger tire cars this year. Predictions are that the cars will be getting around the average track about five seconds a lap faster, so that sounds like some fun right there!

The show in Richmond continues thru Sunday this weekend. Opens at 10am every day.

Here are some highlights!

Posted by robert.a.nixon6@gmail.com at 6:36 PM No comments: