Just over five months ago, five friends decided they were stupid enough to buy a "new" car, tear it apart, spend way too much time and money and then commit to running it as hard as we could for twenty four straight hours on the racetrack.
I kicked off the race as first driver in the car at 11 am on Saturday. Handing the car over to Kyle around 1 pm, he came in mid-stint after seeing a spike in temperature, which turned out to be the water pump and alternator belt had come off. We threw the spare on and sent him back out.  Kyle handed off to John, who handed the car to Jason. We saw a fair amount of tire wear and threw on the second new set of tires and kept on racing. At some point we lost the belt again, but this time noticed it was getting caught on the timing cover, so we removed that plastic cover and solved that issue. At the same time, other teams had told us they saw fuel leaking and we finally tracked down a clogged spot in the emissions system, cleaned it out, and solved that issue.
The car generally did it's thing, and as the sun started going down, we quickly attached our LED headlight rig and kept on charging into the night. I was back in the rotation around 9 pm, carrying the car through to 10:30 pm. Back to Kyle, John, Jason, then Luke. Around 4:30, Luke was feeling the brain fade and made the call to get out early. I was originally scheduled to be in the car at that time, and I was concerned around that time of morning brain fade would be an issue, so I could have seen myself making the same call.
I was back in the car around 5 am and pushed on through until around just after 6am when there was some light in the sky again. Luckily my strategy of 45 minute naps between pit stops kept me fresh, but I was ready to come out after about an hour. That put me at almost four and half hours behind the wheel in 24 hours. Kyle took back over and immediately came back in, noticing some vibrations in the car.
We ended up finding a loose suspension bolt and failing wheel bearing on the front right. We tightened the bolt and swapped in our spare wheel hub to replace the bearing. Kyle continued to click off some real quick laps. We were just loaded up to do the pit stop to get John back in when the Miata showed back up. The car was driving like it was on ice.
We quickly figured out the rear left wheel bearing had gone bad, and we had just used up our spare. It was 8:30 am, 2.5 hours left, and the team was spent. We made the decision to park the car until the last 15 minutes and send it back out at a crawling pace to take the checker, missing out on over 2 hours of running.
t was a tough weekend, but it was also good to get all the first time race car issues out of the way. We had good pace, great pit strategy, and consistent driving. Everything that broke is easily fixable with stock, cheap parts.
Racing at night is insane! We loved it! It was an incredibly unique experience and I think we'd all be willing to try it again...maybe after another 12 months of sleeping and recovery.


(This blog post subtitled: Way Too Many AKA's in Parenthesis)

Brian Nixon (AKA: NMS-South) and the rest of Team Coronautski (AKA: Bunch of Idiots) just completed another 24 Hours of Lemons (AKA: LEMONS)  race, and this one was a real 24-hours-straight-no-stopping-go-all-night automobile race with 80 cars in various states of disrepair trying to compete on a track that turns both ways at Carolina Motorsports Park (AKA: CMP). While the Coronautskis had previously run their circa 1972 Dodge Coronet, this time they scaled back on car size, (and expense for gas, tires, brakes, etc) with a 1990 Miata. We're happy to report that overall this event was a success, and the team finished somewhere around the middle of the pack despite a wheel bearing and some other minor issues that found them off track for a few hours on Sunday morning.

Above is the ideal perfect great plan of splitting up the driving for 24 hours, and of course before the first stint was over this schedule went right out the window! There was a long full course  yellow for safety during Brian's opening stint, so instead of 90 minutes he stayed out for about 2 hours. I guess racing is like combat, no plan survives the initial contact, or "the enemy always gets a vote."


The first challenge of racing 24 hours in a row seems to be to have a car that actually keeps moving under it's own power, and the drivers wisely chose the standard Miata instead of a car that is no longer made! While those amateurs at LeMans and other real races may spend millions of dollars, and have  hundreds of support people, Team Coronautski and their 5 drivers still managed to run the distance and rack up some 425 laps on the 2.27 mile road course. My math isn't real great, but my calculator spits out over 964 miles! When's the last time you drove nearly a thousand miles, got no sleep, but got to also spend that time with your best friends and 79 other similar crazy people? That's kinda sorta what Lemons racing is all about.


Our friends from Team Altimate (the green one above) finished with a great Futurama themed car, and placed even better than their last Lemons race, likely because yours truly (AKA: NMS-North) wasn't driving for them this time! Shellies House of Speed brought two awesome cars under the guise of Senior Citizens Club of America (AKA: SCCA), the Datsun B210 Dirtie Dirtsun and another equally old Civic.

We'll let Brian fill us in on some of the details later, so for now that's it for this report.
Posted by robert.a.nixon6@gmail.com at 4:42 PM No comments:

NMS-South Does Another Lemons Race TODAY!


Brian is once again driving with the Team Coronautski crew (re-branded as "Bunch of Idiots) at Carolina Motorsports Park, from 11am today to 11am Sunday. You might remember that last time out they finished first in Class C with the old purple Dodge Coronet, but this time they're back with a new 1990 Miata! You can find out all about Lemons racing at their website: LEMONS


With five drivers, the team plans on going with 90 minute driving stints, rotating drivers, and with the much lighter weight Miata being able to use fewer tires, less gas, and way less brake pads during this race compared to the ancient Dodge. The biggest challenges will likely be driving in the dark on an unlighted race course, so of course the Lemons safety people require working lights and brake lights. For the drivers, being able to mentally handle the straight 24 hours of driving, refueling, and completing any needed repairs could rely on getting some rest while not driving. Hey, if it was easy, everyone would race for 24 hours straight!


Posted by robert.a.nixon6@gmail.com at 5:28 AM No comments:

Here's Something You Don't See Every Day: NYIAS Part III

If you went to a car show and didn't see something new, surprising, cool, unusual, or even ugly, well, you'd be just spending another day on Earth looking at stuff you'd already seen before! Here's some cars that I'm pretty sure you won't see every day, some of them maybe you've never seen. These automobiles were on display at the 2019 New York International Automobile Show courtesy of the Saratoga automobile Museum of Saratoga NY. SARATOGAAUTOMUSEUM 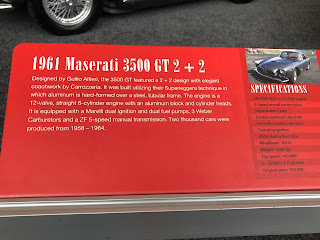 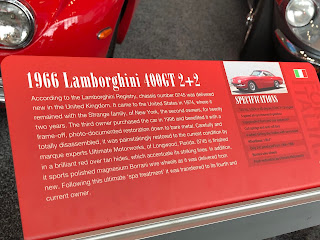 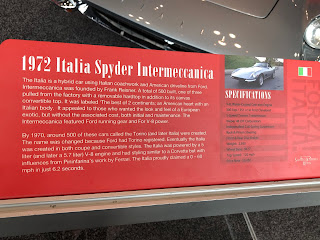 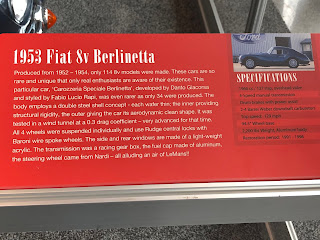 Posted by robert.a.nixon6@gmail.com at 5:11 AM No comments:

One of the big attractions in attending a  huge auto show is the chance to see cars that you just don't see every day, can't even think of affording, and generally only find in car magazines or see in videos on line. Well, here's a bunch of them that we spotted on Friday's opening day of the NYIAS. We're sure they're all great at handing, have incredibly high speeds, and if nothing else, they looked awesome!


Posted by robert.a.nixon6@gmail.com at 5:37 PM No comments:


The NMS team has been busy NOT posting on the blog here much, so we better confess, I mean, explain what's been going on!

First off, NMS-South and friends have been building a NEW Lemons car, and that has taken up much of the last few months. This early early Mazda Miata will hit the track for 24 hours straight next weekend, so stay tuned for that story. Let's take you to the NYIAS.

Also, this weekend NMS visited the enormous New York International Auto Show, which oddly enough takes place in New York. You know, the city that never sleeps, by the Hudson River, the one in New York the city they had to name twice. There were tons of new cars, SUVs, trucks, some old awesome cars on display, and a ton of people. Here's a few highlights. We'll be back with a lot more highlights soon!

You don't have to take our word for it, but here's Automobile magazine's photo highlights of new cars at the show too! AUTOMOBILE NYIAS


Posted by robert.a.nixon6@gmail.com at 6:40 PM No comments: