The NMS team has owned other cars before we started autocrossing, but who wants to hear about a VW Rabbit, Plymouth Voyager, Plymouth Neon, or Ford Taurus? Our 04 Mustang GT Convertible was cool, but we didn't know about autocross back then! Instead, we thought we'd use this page to highlight our previous fun cars.

-Late in the 2017 season, Brian and a team of drivers that looks amazingly like Team Coronautski also purchased this sorry looking Ford Probe for a few magic beans! After towing it back, and making some very minor repairs, they were able to fire it up and competed at one Rallycross event with no breakdowns! Since it didn't break yet, Brian even took it to an autocross and won his class! 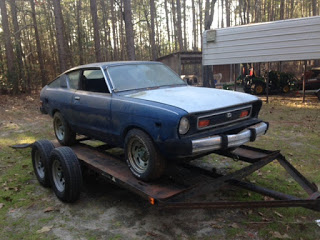 -1978 Datsun B210gx: Stage 1 rust (for weight savings), A15 motor, Weber carb, missing back seat, bucket seats from a Datsun Z car. Brian and some South Carolina friends bought this car, and with some repair work, have driven it in Rallycross. Brian drove in one event with this car.

Above, the 2004 MazdaSpeed Miata. They only made this model for 2 years, and it's cool because it came stock with a turbo. Brian started autocrossing in this in 2013, and then sold it to buy the current 99 Miata. We both drove it at ZMax (Charlotte NC) in our 2nd event, and Robert managed to spin out on  his first run, not being so familiar with rear wheel drive. Somehow Brian was faster.


2015 Ford Fiesta ST. This is a great autocross car, currently placed in HS class by the SCCA. This photo was taken at an event held at Cherry Point Marine Naval Air Station, North Carolina, which is an awesome location for driving. They have huge amounts of runway, and you might get serenaded by active Harrier jets over on the other runway way in the background! Brian competed in several events with it, and took a good number of HS wins. Both Brian and Robert drove it at Cherry Point, as well as another driver, and just like when they shared the Miata at Zmax, somehow Brian was faster!

This 2000 V6 Mustang followed us home from an auto auction, and would have been a huge bargain, but the engine was dead and we didn't feel the need to get it going again. It's now got a new home in Virginia with a driver that already had an engine and just needed a good Mustang body. We got a good deal on it, sold it for slightly more, and the new owner still got a good deal too. Everyone wins at NMS! 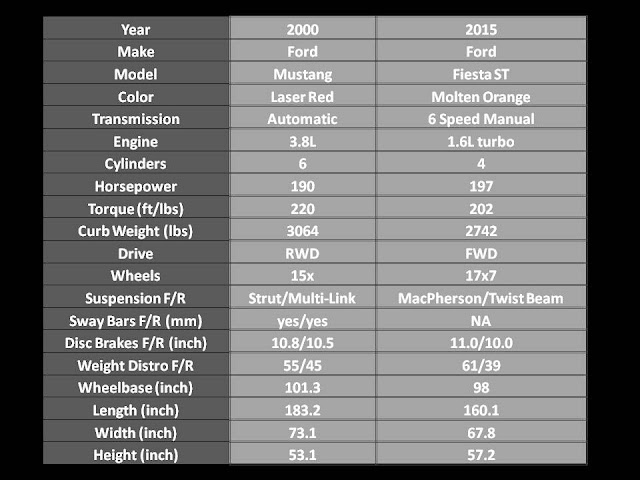 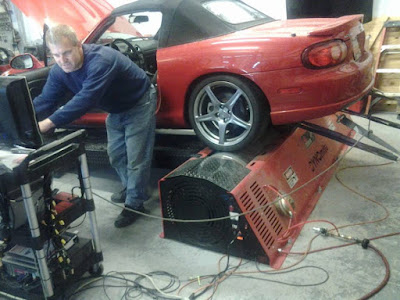