This week I had the opportunity to explore a gold mine of cool old cars in the Columbia area. I've driven past it for the last 5 years and with Monday off work, I was able to line up a visit through a friend.

Kyle and I took the adventure with our good friend, Chuck leading the way. He's been through the property several times and was willing to act as our Sherpa on this jungle adventure. With such a sprawling lot, it's tough to maintain the vegetation in the spring. We might come prepared with machetes next time.

The first build we inspected held all kinds of great stuff including a bunch of car parts, old books for researching car parts, and a couple of great Jaguars. The best of which was the beautiful Jaguar XJ120.

We came around the building and down a ladder to the main yard where we first found a whole row of Jaguar E Types in various stages of rusting away. Nearby there was just about every British car you could imagine taking their slow journey returning to the Earth. MGs, Triumphs, Jags, everything. Sprinkled in were a few BMWs, Mercedes, and VWs.

The International Harvester truck they used as part of the operations for many years was parked in the weeds as well. If I could pick one car from the entire collection, I'd want the XK120, but man that truck came a close second. Very cool styling and that awesome patina and hand lettering paint job. Not pictured, and swallowed by even more vegetation was an old White cab-over truck with a funky dome shape.

We continued to push into the woods past several old buses full of more parts. There were more cars than you could even comprehend. There were cars we couldn't even identify. A few Rovers popped out of the growth, a Mazda RX-7, a few Volvos, dozens more TR-7s, MGBs, Spitfires, Alfas, Fiats...it just kept coming!

The Peugot 505 Turbo was a cool surprise. Not a lot of French cars around town day to day. Next to that, we saw another Fiat 124 sedan. When we got up close we realized it wasn't a Fiat, but a Lada! Okay, pretty much the same thing, but it was cool to see the neat Lada badge on the grill.

All in all we covered about 1/3 of the inventory in about 2 hours. Rain started falling pretty heavily so we decided we'll go back another day and check out more.

If you're interested in any parts or cars from this collection, get in touch! The owner is always looking to sell parts and he has an absolutely incredible collection of mostly 1960s-80s British cars. We're hoping we might be able to get something from the collection to compete in a Lemons Rally in the future.

South Carolina and Georgia are both starting to ease their COVID-19 restrictions and NMS South has two track events with a green light coming up. That meant this past weekend was time to make sure there were enough tires to go the distance. 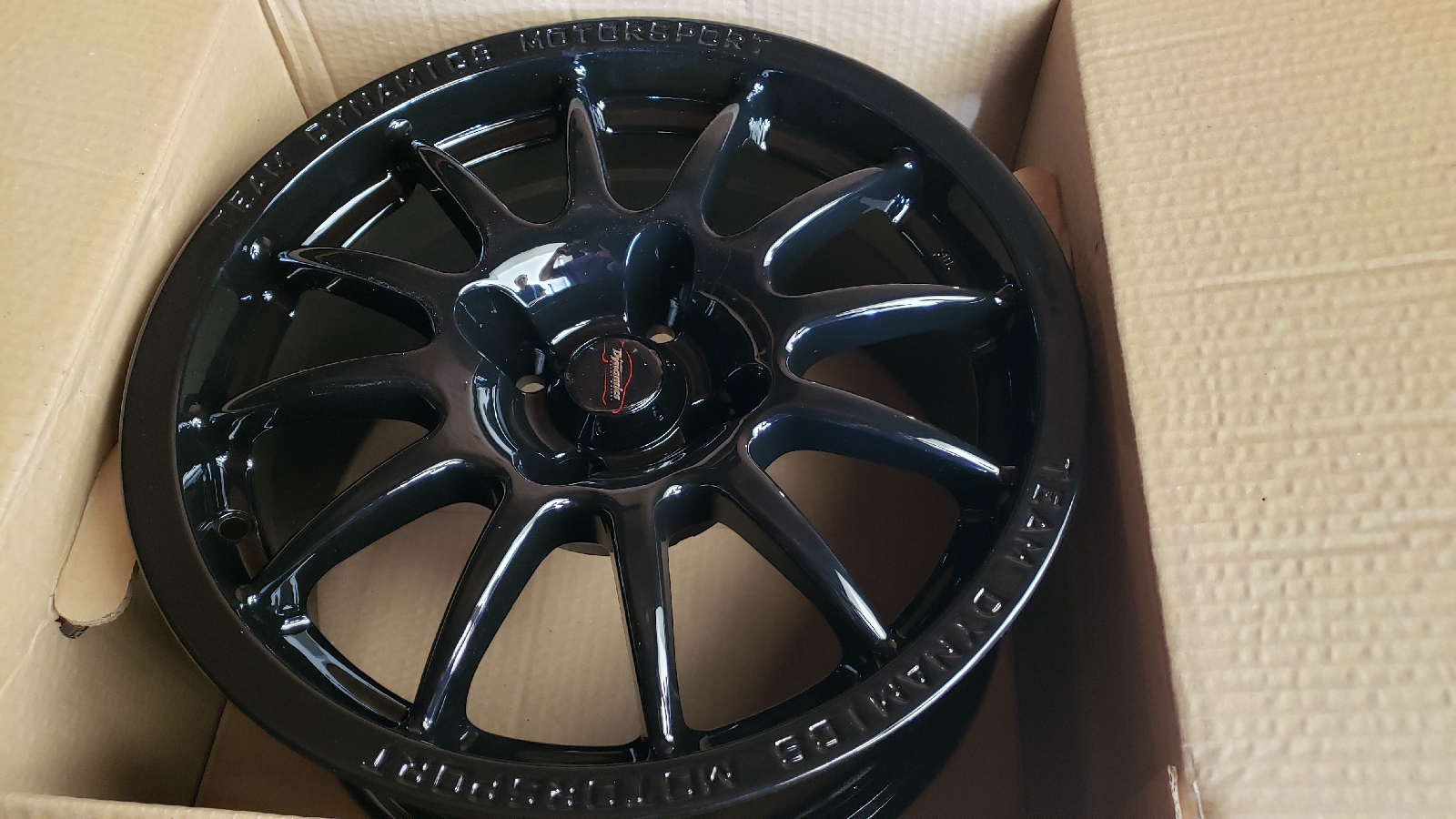 As always, massive thank you to, Ian for lending his shop and tire machine so we could handle hundreds of dollars worth of work for nearly free! 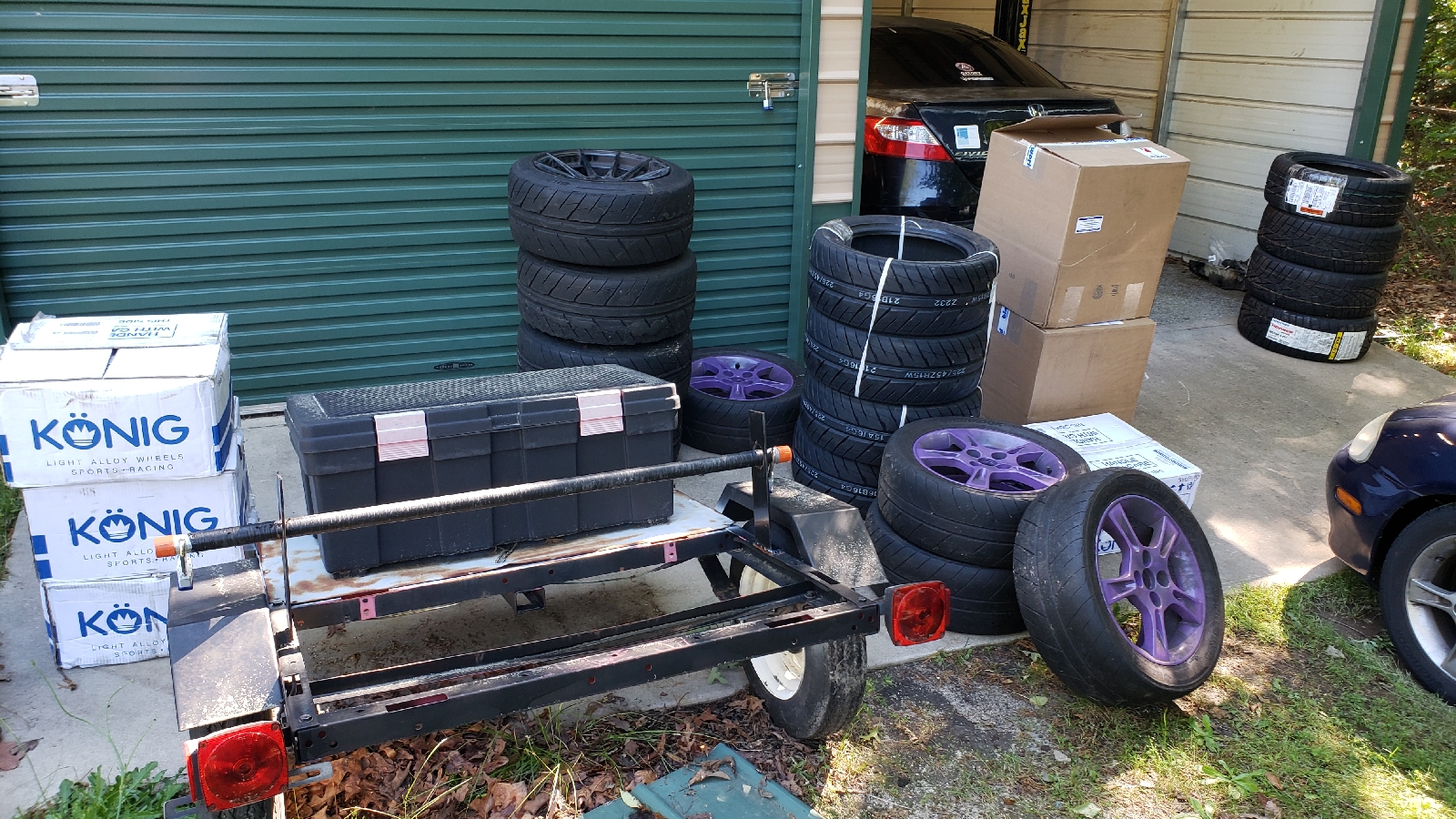 For the upcoming 24 hour race in June, the Lemons Miata is finally getting two dedicated sets of wheels. Kyle and Ian have been kind enough to loan out the sets we had been using so it's nice to return them to their owners. The new wheels are an inch wider (15×7) and have a slightly different offset, pushing our track width out just slightly wider. All of this should help improve grip and possibly even improve tire wear. We found one set of wheels used for a good price and decided to order a new matching set. 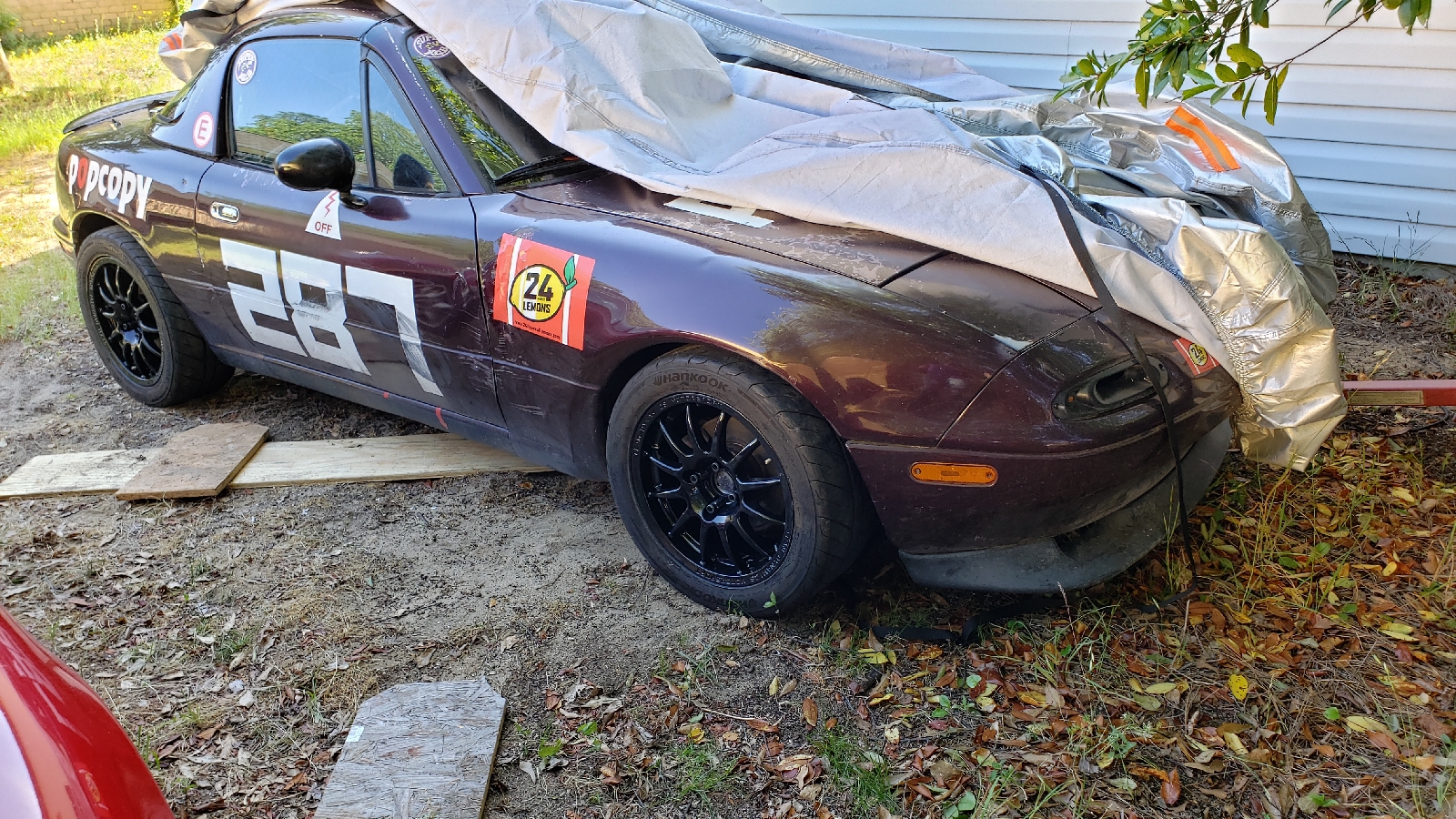 Next week, I'll be joining Kyle and John and about 20 other people for a private track day down at Roebling Road in Savannah. The red Miata hasn't been on track since Watkins Glen last year so it got a suspension set up by Panic Motorsports and two of the tires were flipped to even out thr wear. That car is running the exact same size and brand tire as the lemons car so we want to keep them in decent shape as third string backups for the 24 hour race. Kyle also had some tires to be mounted and flipped now that his track wheels have been returned. 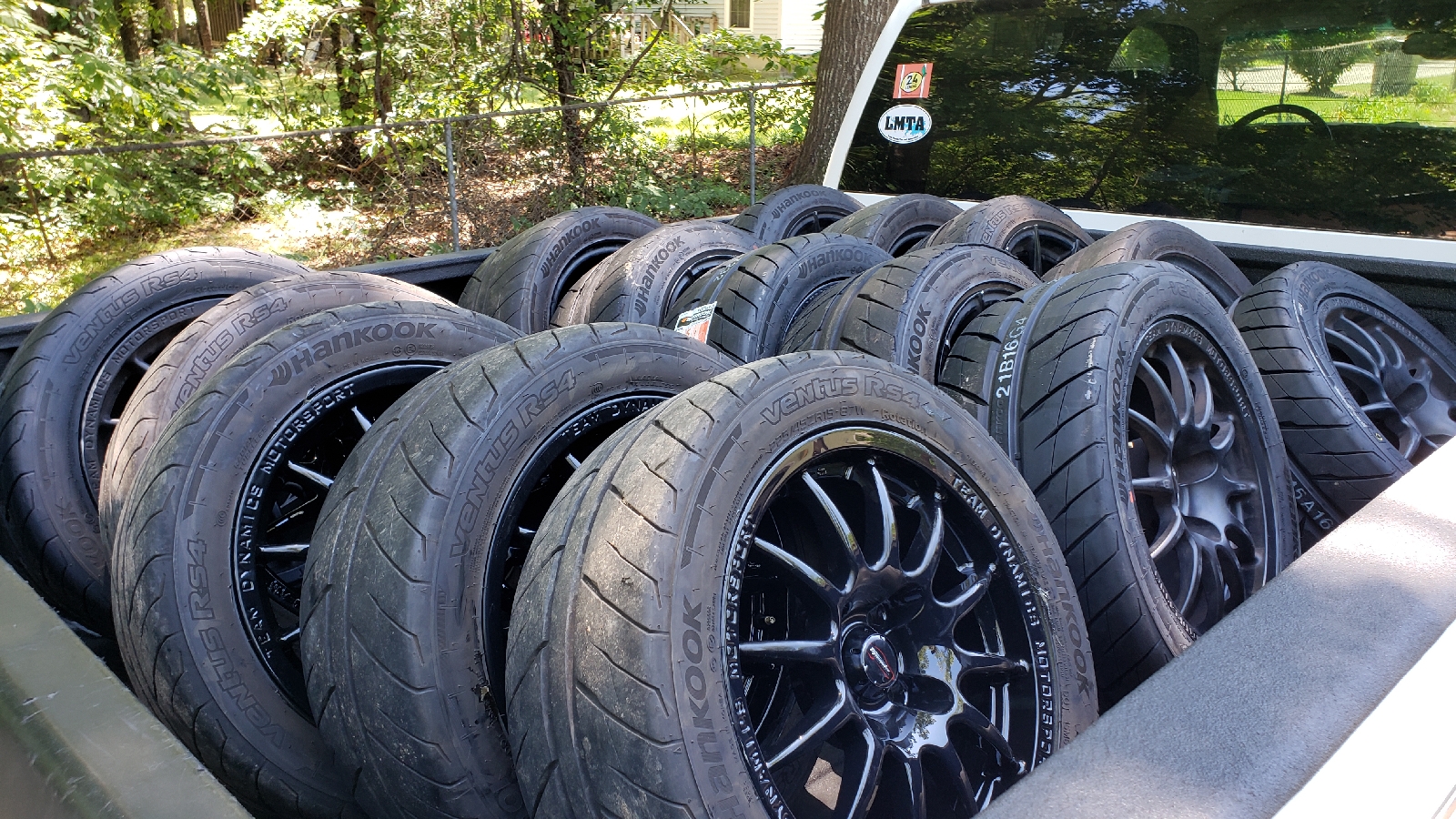 It was a very productive day. I returned to base with two sets of wheels and tires for the Lemons car, one set for my car, and three spare tires. Whew, it was a truck load, but we're nearly ready to race. Stay tuned for an update from Roebling next week and some final prep on the racecar before our second 24 hour race! 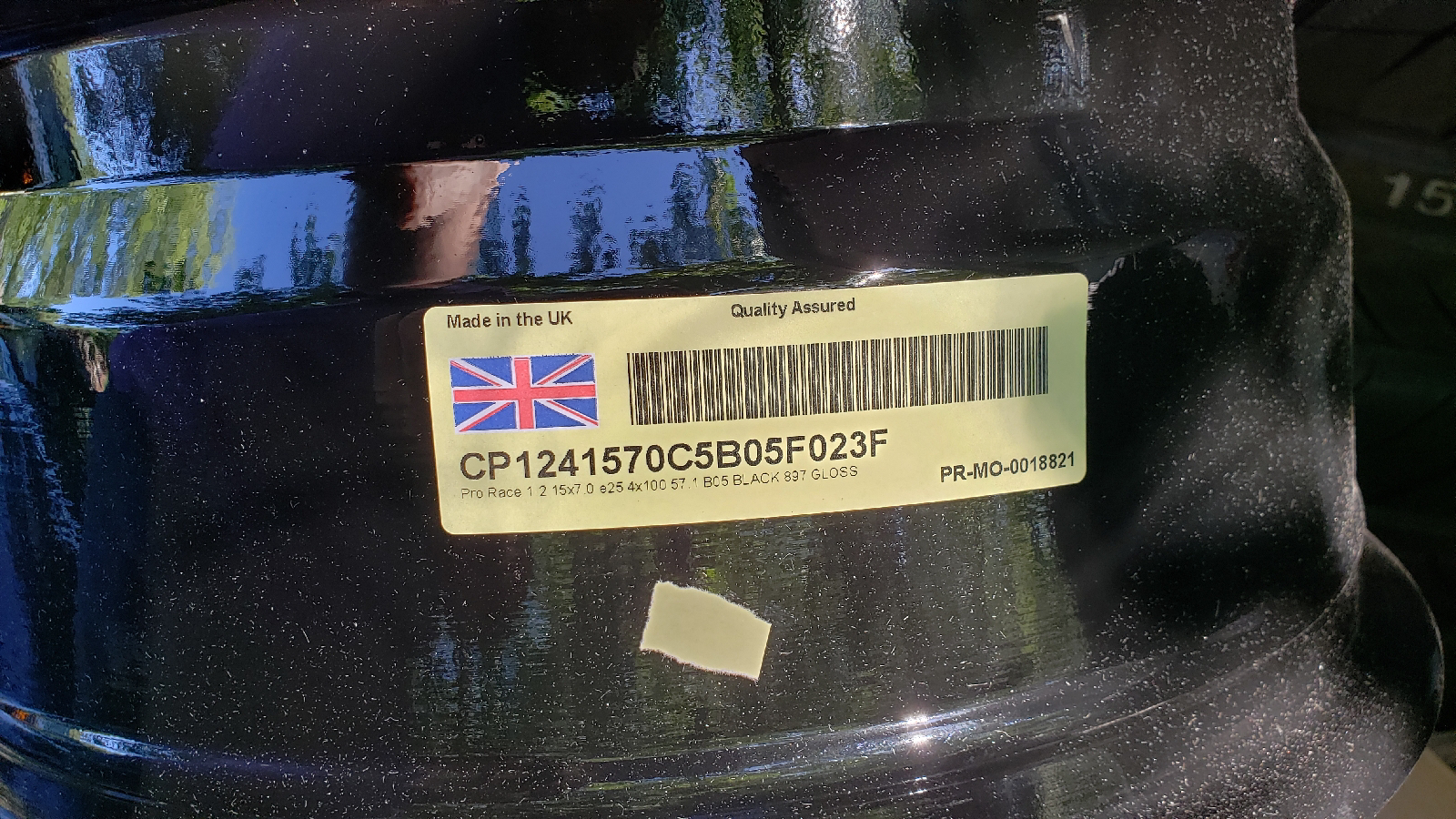 Will Ferrari Pick NMS Driver for 2021?


Ferrari announced just yesterday, that four time world champion (which sounds really cool in German as WELT MEISTER!) Sebastian Vettel will not return in 2021 with their Formula 1 team. This leaves one of their two driver seats open, since Charles LeClerq will be back in red next year. While the Italian racing team is expected to announce Vettel's replacement shortly, unconfirmed rumors of an NMS driver making the move continue to be heard. Let's review.


The NMS drivers have been gaining experience for several years in autocross, Lemons racing, track days, and surely are ready to jump into Formula 1 by now! We have confirmed that they have both previously lived in Europe, so they would easily adapt to the jet-set pace and lifestyle mandated by all super cool rich F1 drivers. Shoot, they've even got Ferrari hats and shirts to wear already, so just think of the savings right there!

Our well placed sources tell us that the NMS drivers can already speak Italian (as in "spaghetti", "pasta", "Mercedes stinks", or "Ferrari") as well as German ("Wo ist der Bahnhof", "Bratwurst mit Senf bitte" and the ever popular "Eine mal Bier bitte"). These guys are a shoe-in!

Posted by robert.a.nixon6@gmail.com at 4:44 AM No comments:

Mother's Day: Get Her On Track!

Get your mother on track! What kind of nonsense is that? Glad you asked!

For Mother's Day tomorrow, take your mom to the Circuit of the America's (COTA) track in Austin TX, and take a lap of the world famous track! OK, you won't be racing in an Indy car or Formula 1 car, or even a racing motorcycle, BUT, you could donate to their food drive to help people during the COVID-19 virus pandemic, and enjoy a scenic lap on track.  Here's the details: COTA

If I still lived in TX that's where I'd be tomorrow, and heck I'd throw in a donation of food or money too. Let's see, the last time I was there (OK, the only time...) (Inserting FLASHBACK special effects here....)


Posted by robert.a.nixon6@gmail.com at 5:45 AM No comments:

Been To Cuba Lately?


Maybe you know that Cuba has a reputation for a few things such as cigars, Castro, and old American cars. Well, I haven't had any Cuban cigars recently, but through the magic of driving by a Cuban restaurant near me, spotted these older American cars. No sign of Castro.

I'd driven past this place a few times, noticed the cars, and finally today took the time to stop and shoot these photos to capture the vibe at The Cuban restaurant. They're open for takeout, so my next life goal is to check out the food. For what it's worth, I can highly recommend the Cuban sandwich at the 5th Avenue Deli in Columbia SC too. 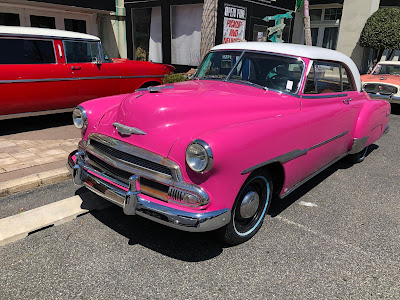 Here's the highlight, a Chevrolet Bel Air limo! Judging by the current license plate, I bet it runs!

Next up, a Hudson Metropolitan. You don't see these every day. The unique small size, two tone paint job, and ultra cool hood ornament and grille badges make it stand out in today's bland scenery of blah cars. The Internet tells me that they were built from 1953 (Nash only) to 1961, with the merger of Nash and Hudson taking place in 1954 and forming the American Motors Corporation. 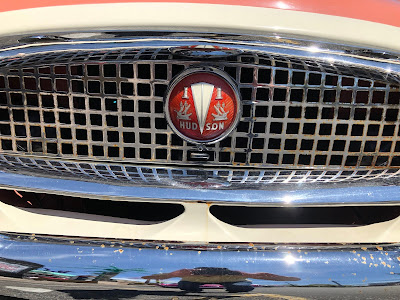 The Metropolitan also came in a convertible model, and were also produced in England for the European market. 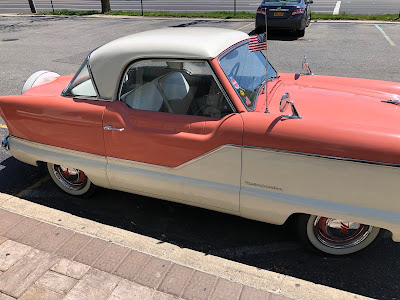 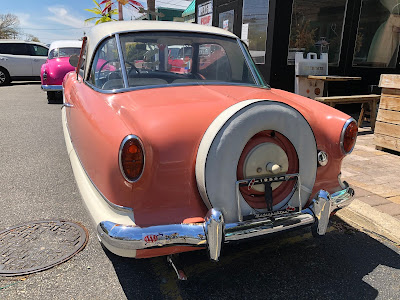 Closely related to the Hudson, here's a Nash Statesman Super. This car was produced from 1950-1956, so let's call this one older than me! 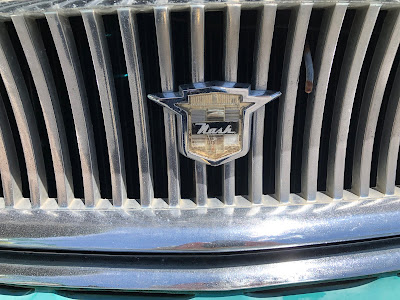 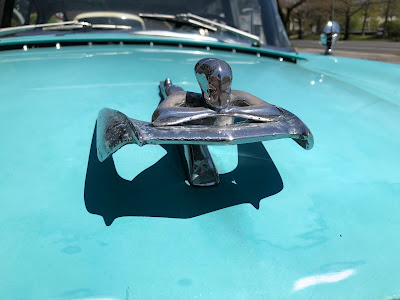 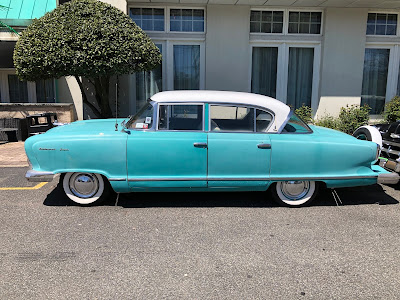 Chevy Bel Air in black, a bit of rust, but who cares? Wikipedia tells me that the Bel Air was built in the US from 1950-1975, and that production continued in Canada to 1981. Some were exported to Australia in the 1960s with right hand drive, so if you have one of those for sale for a dollar, let me know! 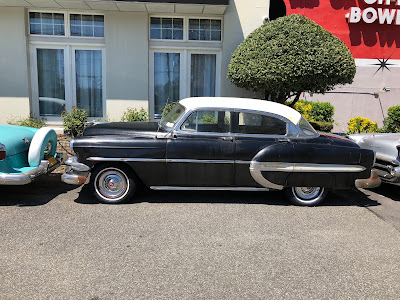 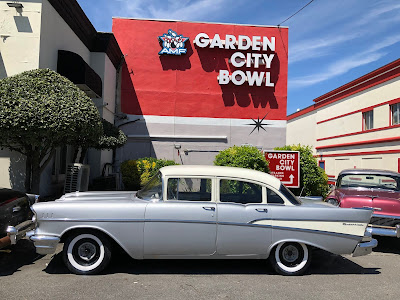 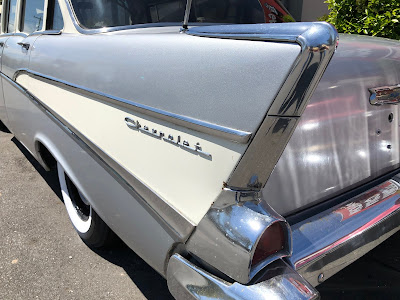 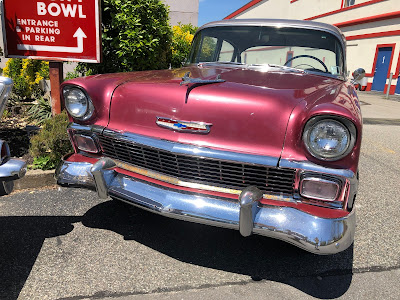 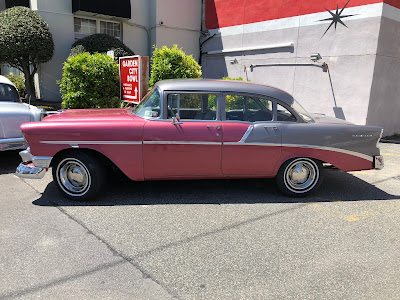 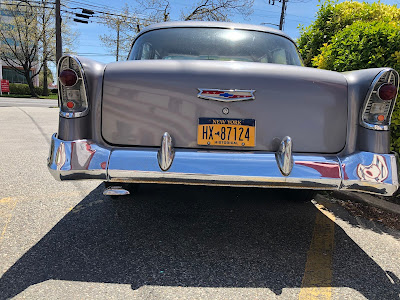 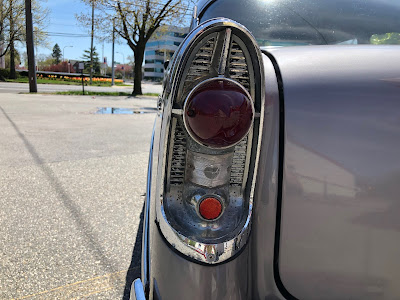 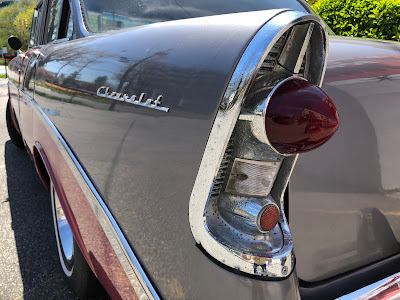 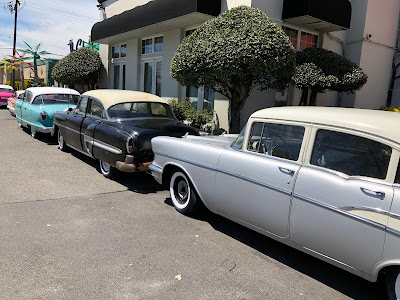 Posted by robert.a.nixon6@gmail.com at 5:29 AM No comments: