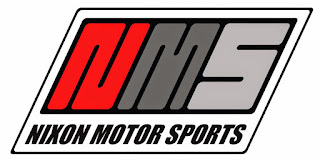 From looking at websites and the F1 page, here's the schedule I could find of what's happening with this week's F1 race in Bahrain. NBCSN continues with most of the broadcasts with live coverage of practice 2 (and not practice 1 and 3 in other words), LIVE QUALIFYING ON CNBC, and delayed Qualifying coverage on Saturday back on NBCSN, and then live pre-race/RACE/post race on Sunday. If you're a fanatic and want to watch all the practice sessions, you can get it on the NBC Live Extra App for free, or the F1 Official App that you have to pay for. There are other ways to find coverage on the internet, depending on where you live, so good luck!

My top ten questions for this race:

10: Will Mercedes continue to dominate qualifying and finish 1-2 again? (I'm going to say NO WAY, and GO FERRARI!)

9: Can Rosberg keep up the pressure on team mate Hamilton (counting last year that's 4 wins in a row for Rosberg!) (Sure, why not, Rosberg finishes ahead of Hamilton again)

8: Is there any way that Ferrari can make a great start last in Australia when they went from 3-4 to 1-2 at the end of the first corner? (With Kimi Raikkonen having finished on the podium in Bahrain 7 times, I'll say YES!)

7: McLaren, Manor, Sauber, and Renault don't have any points yet, so who will break through for these teams? (Late breaking news is that McLaren driver Alonso is out of this race due to injuries from the big crash in Australia. This leaves reserve driver and rookie Stoffel VanDoorne getting his first F1 race. Let's go way out on a limb and say he'll finish 10th, and score his and the team's first points of the year.)

6: With an awesome 6th in the first race, is there any way Haas team and Grosjean driving can match or better that? (Yes, if....they qualify better! I'll predict they qualify at least one car in the top 12, and use their reliability to score more points! Go HAAS!)

5: The big red flag incident really affected the outcome last time out, will we have an incident free race? (No, it's early in the season, cars may still be unreliable, and we now have another rookie out there for the first time. Given the complexity of F1 racing and all the other variables driving in the desert of Bahrain at night with cool temps and blowing sand, something is bound to happen!)

4: The Haas guys showed they have the pace to qualify up in the middle of the pack, will they get it done this qualifying round? (YES)

3: Despite the great start, Ferrari had a car fire and bad tire strategy to lose a possible 1-2, can they turn that around? (YES)

2: For the last two years (and this year), we've had only 4 different race winning drivers (Hamilton, Rosberg, Ricciardo, Vettel), so who's next to win? (Hard to tell, let's go with Felipe Massa from Williams)

1: Who else is glad this race isn't on at 2AM like Australia? Answer: Everyone in the US!


If that's not enough racing action for you, Saturday evening you can catch the Indy race from Phoenix at 8:30PM on NBCSN, and the Formula E race from Long Beach on Fox Sports 1 at 6:30pm.
Posted by robert.a.nixon6@gmail.com at 6:11 AM