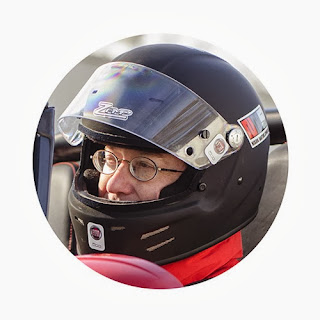 With the first F1 race of the season coming up Sunday in just over an hour from Australia, it's now or never time to make some wild guesses, errr uhm I mean, very scientific predictions for how the season will turn out. If these are really good predictions then I'll write it up at the end of the season in November with plenty of "knew its" and "told you sos". If my predictions are wrong (like normal), then we'll just say "wait til next year" and not even mention it ever again!

As a brief intro to this year, keep in mind that Mercedes has won the last two team titles, and their driver Lewis Hamilton has taken the driver's championship both years also. So far it's hard to tell from the limited eight days of pre-season practice and the first two practices before the Aussie race, but it looks very likely that Mercedes and Hamilton will repeat. The strongest contender to take the title from Mr.  Hamilton would be his team mate Nico Rosberg. That right there will be interesting to follow all season, as these two drivers compete first for team best, and likely to also be 1-2 for the overall championship.

Their closest rival is my favorite team Ferrari. Why? Maybe I just like red cars, or all things Italian! Real answer, well, I like red cars and all things Italian other than Communist party politics! With their own four time champion Sebastian Vettel and one time former world champ Kimi Raikkonen, Ferrari has all the resources and driving skill needed. Will they be close to Mercedes and make a game of it this year? I sure hope so!

My newest favorite team is the hometown heroes Haas F1, based right here in the US. Other than their facilities and most of the workers in England where most F1 teams are based...and their Italian built chassis from the Italian company Dallara (also makers of the Indy and Indylights cars). Oh, and Haas has Ferrari engines and other suspension components, but trust me, they are American! Just one look at their French and Mexican drivers tells you that they are as American as Egg Drop Soup! Seriously, I'm going to root for Haas as the biggest underdogs in the world. To take on such a challenging sport, they will be lucky every time their cars complete a lap, much less go faster than anyone else or even (shocking!) finish any one race in the top ten places and score points! Anything like that or even close to that and they will be gigantic over-achievers. F1 is just that difficult.

OK, here we go, buckle in! The Driver's Championship will end up as follows:

I'm going way out there and saying that no way Lewis Hamilton wins 3 in a row, so his team mate Rosberg puts it all together and takes the prize! The Mercedes car turns out to still be just a bit better than Ferrari's, despite the great driving talent of Vettel, and poor Lewis finishes "only" third!

Tune in to F1 racing all year, mostly on the NBC Sports Network, or on the NBCSN App, or the official F1 App at F1 LINKI

Drivers, START YOUR ENGINES!
Posted by robert.a.nixon6@gmail.com at 8:13 PM