Lemons Race Weekend With A Bunch of Idiots: Sunday!

Sunday's racing at CMP started with 2 hours on track, followed by 1 hour off when all cars have to be off track (Quiet Hour), and then racing again from noon to 4:30PM. I got to be the first driver, so after getting on track a few minutes before the green flag, the car was still feeling good, full of fuel, and I was hoping to finish all, or most of the first 2 hours.

I drove the entire time up to Quiet Hour, but part of that is because there was oil spilled on track some time after the first hour, and it was spread out enough that for safety reasons we all had to come back to the pits. That enabled me to get out of the car and cool down a bit, and eventually it turned out that there was too much mess on the track to get it cleaned up before the mandatory break, so that was the end of that session. During this session I think I kept us in about 25th place or wherever we started on Sunday, and if so then I'm pretty happy about that. Oh, that's because I earned another black flag Sunday morning, but this one was pretty simple and only had me talking to a third different judge for a short time. After getting back on track I just relaxed and backed off a bit, and stayed away from the black flag disease. Oh, there was a close call once when I was passing another car, and as I went past the worker station threw up a black flag with a car number (to identify which car the flag was for.) Believe it or not, the number sign was kind of flapping in the wind and all I saw was two digits, 28, which is what the Bunch of Idiots car starts with (287), but I also saw that the car I'd just passed was #28, so I was about 100% sure that the flag was for  him! Whew!

After my drive, Luke, Kyle, and Brian all took their stints (way faster than me of course) and steadily moved up, and the Bunch of Idiots ended in 12th overall, and 8th in Class A. Those three guys are used to battling for top 3, so you can tell I slowed them down, ands I'm just happy they let me join the team one time! 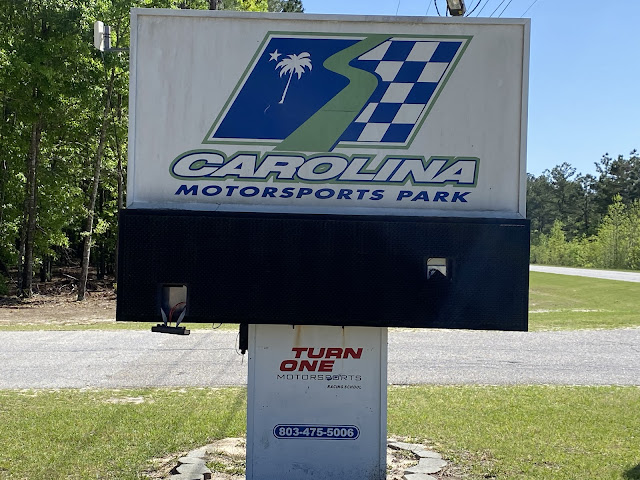 Overall, I gained some experience both in driving on track and in getting black flagged, so that's good and bad! I was impressed by how all the teams generally will help each other if they need a repair or an extra part, and the folks that do these Lemons races have a great time together. We had a good weekend weather wise with no rain, it was a bit warm, but way cooler than the real heat of summer in South Carolina. Look for the further adventures of the Bunch of Idiots racing team next month in their 2nd Lucky Dog Racing League event in Atlanta.