Saturday the 25th was the first Cars and Coffee here in Columbia SC C&C Columbia and despite a cold day here in the south, there was a large turnout of automotive enthusiasts (car guys and gals).  You can find some of our photos from the event at our Nixon Motor Sports Flickr page NMS C&C Photos HERE.

The most common cars seemed to be Corvettes and Mustangs, and I have to admit my favorite was a nice light blue 67 Corvette Stingray.  Over in the Mustang world, there was a good variety as well, although it was heavy on the newer side, and not one Mustang II was sighted, so it was great!  Big news for both those names are of course that they both have major redesigns this year, with the Mustang adding a turbo 4 cylinder to the current 6 and 8 cylinder models.

Brian's Mazdaspeed Miata was sporting some new autocross graphics on the side, thanks to our friends at Panic Motorsports here in Columbia. They applied Brian's design on the car just the day before, featuring his number 86 and the letters ES for E Street category autocross this year.  The Mazdaspeeds were only built in 04 and 05, and we were happy see a 2nd one at Cars and Coffee yesterday, along with plenty of other Miatas, Subarus, Hondas, and many others.

Another car that caught my eye was a nice red Acura NSX.  A new version of this sports car will be coming back to the market in the next year or so, with production scheduled for their Ohio plant.  You might have seen the introductory commercial for the new NSX that featured Jerry Seinfeld and Jay Leno some time ago.

Here are a few shots from yesterday, more at the Flickr site. 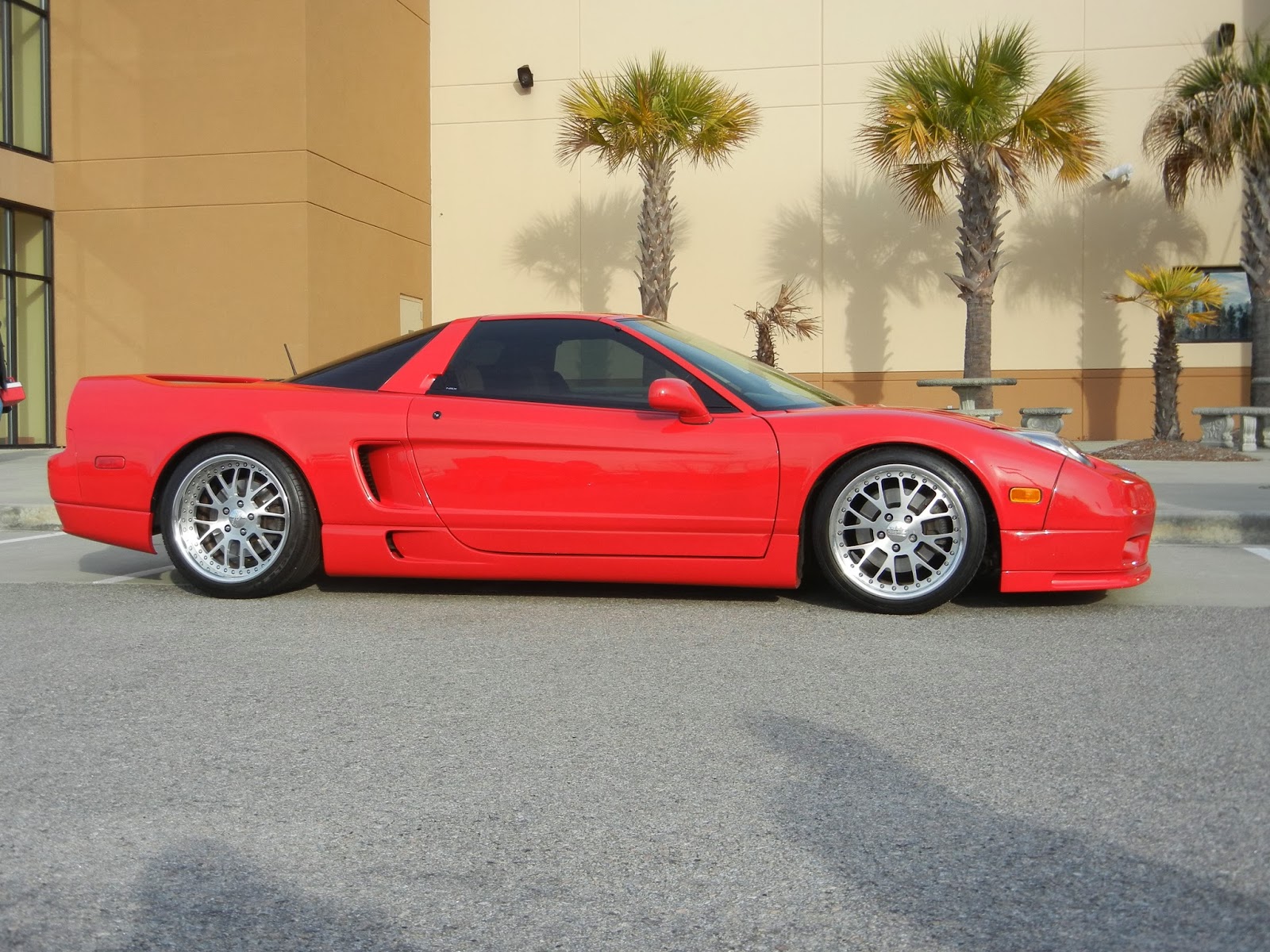 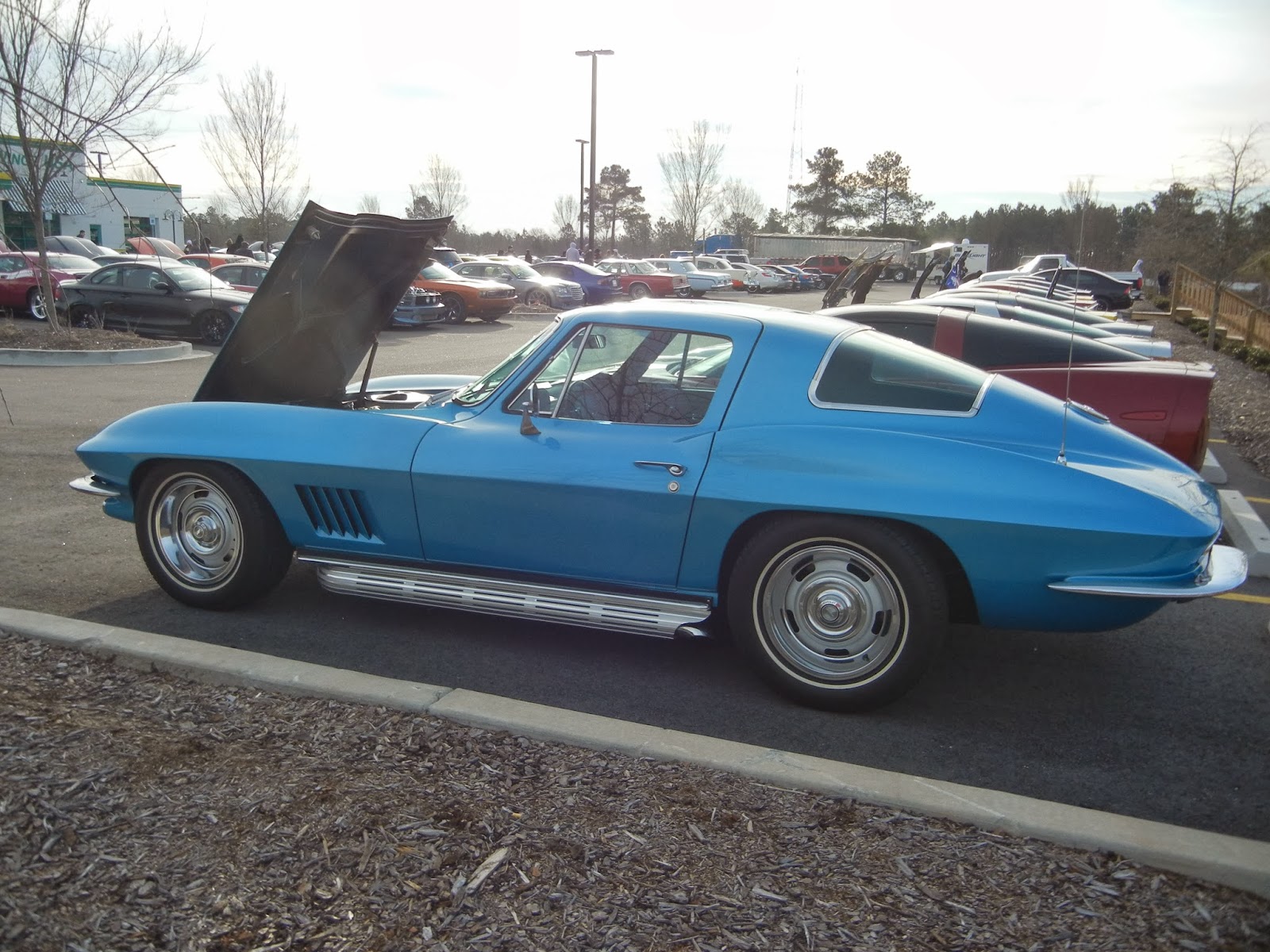 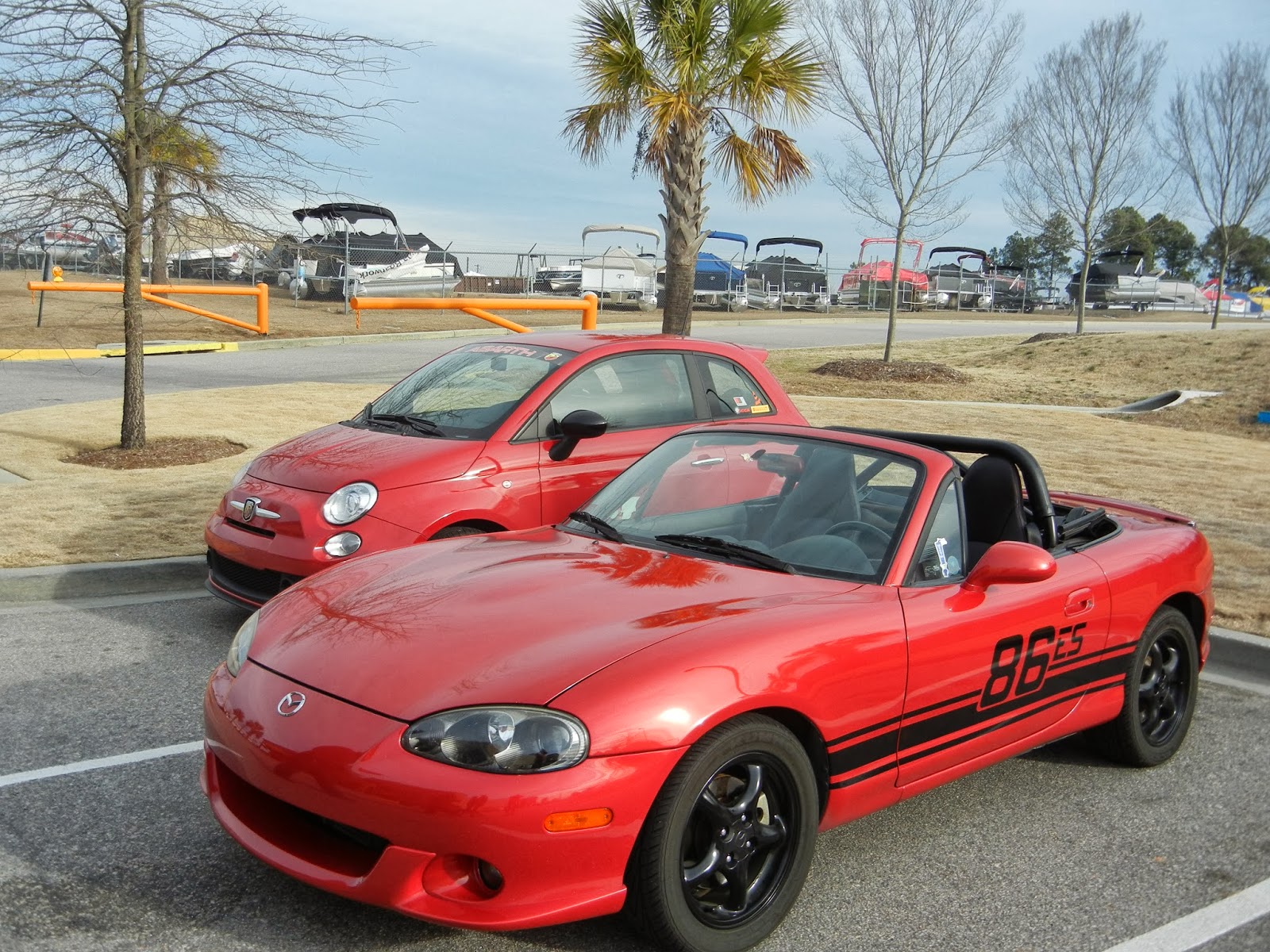