Let's see how we did on our estimates for the auto auction! As the official judge, I'll reserve the right to call "close enough" on some of these bids! Hey, when you make up the game, you get to make up the rules! After this event, the next auction will be in September. If you're a regular reader of our NMS blog, stay tuned in the near future and we'll be revealing which one of these automobiles is now sitting in my garage, and how it's going to get it running! 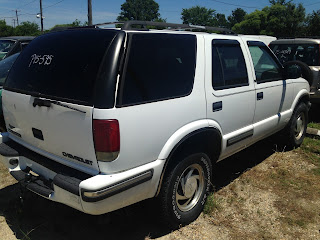 OK, on the one hand, I was off by 200% which is terrible, but 300-600  bucks not so bad. Maybe I just stink at estimating truck prices, we'll watch how the rest of the truck bids go, but for now let's grade it tough and say I missed it. 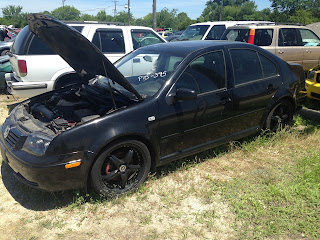 A car, I should get this right! Wrong! My estimate was farther off on this than the truck, so it's not looking good for the ol' NMS prognosticator so far, let's make it another loser, so I'm 0-2. 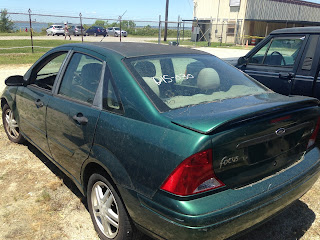 Much better, I was only off by 75 bucks, I'll take that as a win, so my record improves to 1 win and 2 losses. 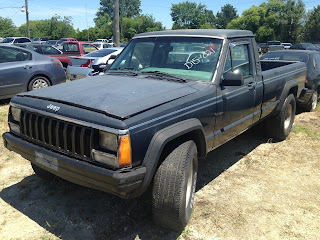 Ouch, another truck, even a funky old Jeep Comanche didn't help me. Jeep will be making these pickups again in a year or so, but my record isn't looking so good, now at 1-3. 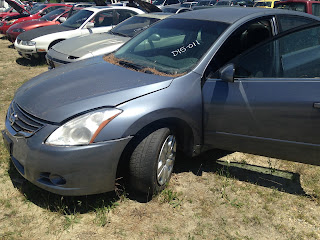 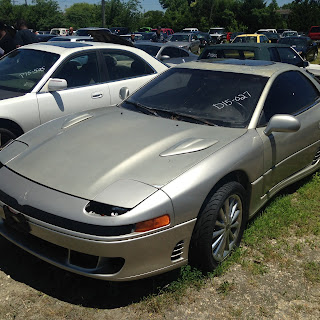 Off by 100, let's call it a victory, and as cool as these cars looked when they were new, they're still not selling like hotcakes!

Estimating record now up to 2-4, maybe I can get back to .500 before this thing is over. 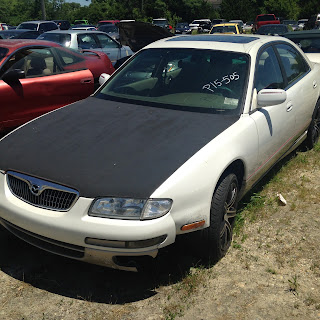 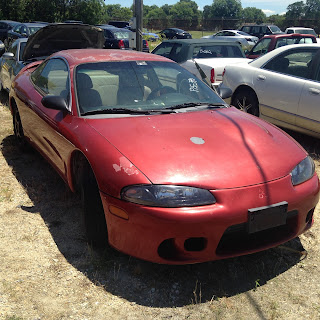 Off by 300 bucks, a huge percentage, gotta call it a loser. At the auction I noticed the engine covers were gone, so the auctioneer pointed out that they made it easy for everyone to see more of the motor that way, still only sold for 100 bucks, my record sinks to 3-5. 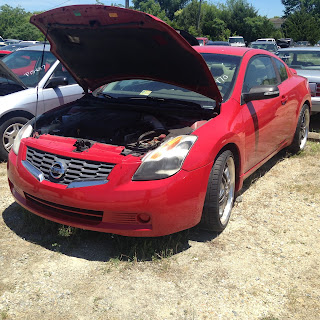 This is not good, I'm way off on another one, even a nice shiny red car This thing went for the highest bid on the day, so when you see another car later that I predicted would be the top dog, you can laugh at my guesses again! Loser! 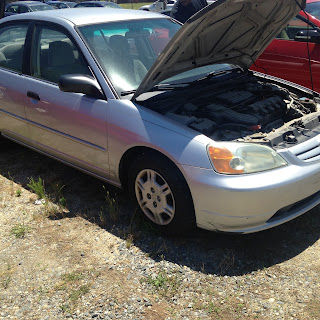 Loser, I don't want to talk about this one! 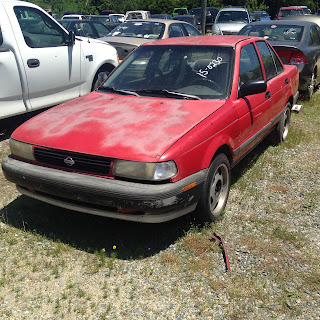 I'm 5-7, and just going to count that Hyundai and this Nissan as victories, within 275 for the two of them, close enough for jazz. 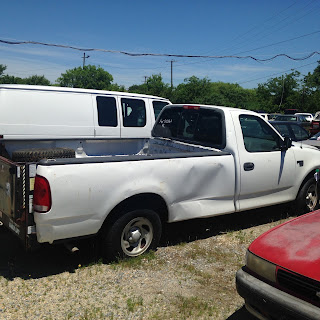 It surprised me that these full size truck and vans sold for so little, but then again there are millions of them on the road. This one had a bunch of extra tires in the bed, that didn't help the price any! 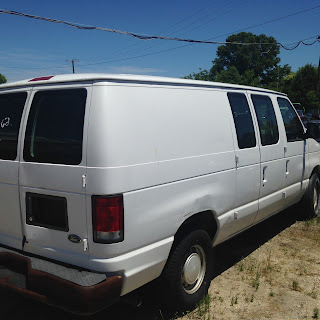 People, you could throw a new motor in this thing and have an awesome cargo van for $2,000. Oh well. 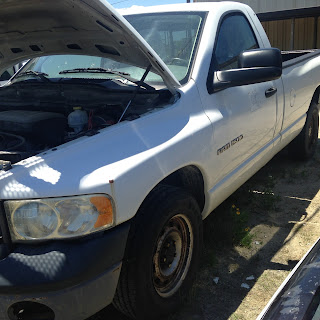 See comments on the van above, wrong again on this one, sinking like a rock here, my picks are standing at 6-9. 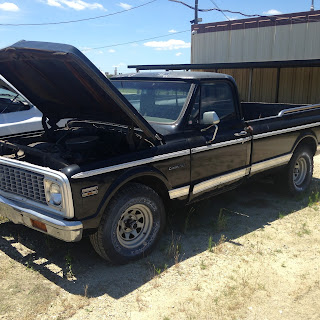 This 72 truck was looking pretty good, and I guess it was old enough that it attracted more bidding action. This marks the half-way point of this auction, so with this counting as a win, I'm sitting at 7-9. 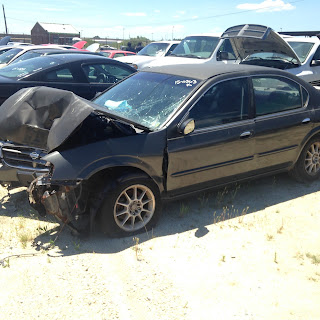 The auctioneer made a good joke about how the rear end was in great shape!

Kicking off the 2nd half, I was within 25 bucks of this winning bid, so that's the best I would do all day, overall record now up to 8-9. 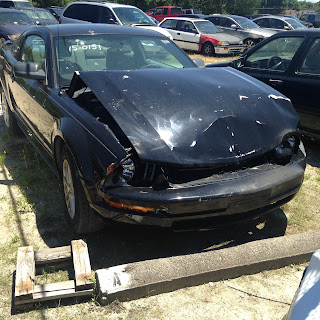 Yeah, sure, I hear you, right when I'm looking to improve I totally blow it on this wrecked Mustang. Add another loss to my record coach, so now we're looking at 8-10. 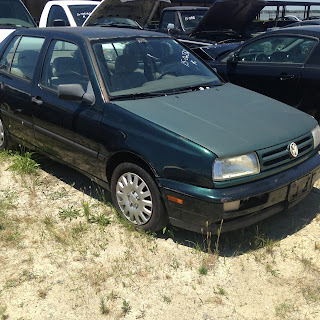 I was looking around the auction area, watching people bid, thinking ahead to the next couple of cars, when the bidding on this one ended quickly and I didn't quite catch the amount. Since a few folks had bid on it, I know it was around 500, so let's go with that . 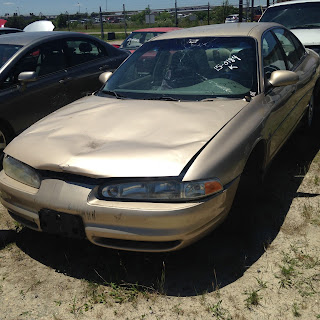 This Intrigue sold. It sold for 200. That is very intriguing. I have no idea what I'm doing, will give up on this game very soon. Maybe I'll just go buy 70-Million-to-1 lottery tickets. 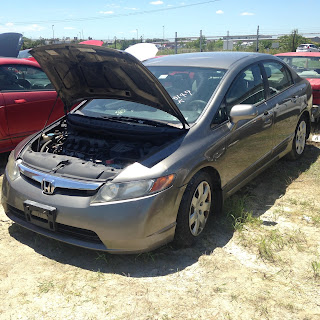 I thought this would be the most expensive car at this auction, and even though I was close, it was the 4th most expensive. Still, you could tell it would be a good seller, gather a lot of bids, and go for a much higher price than the 50-75 dollar cars! It's tempting to call this a win, but let's just say better luck next time, 8-13. 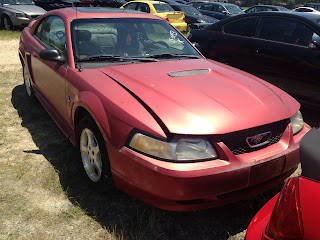 V6, needs a belt and an oil filler cap, other than that who knows. If it runs with just a bit of work, not bad. I've seen other Mustangs like this go for over 500, so I was hoping to see that I totally nailed this price. WRONG! 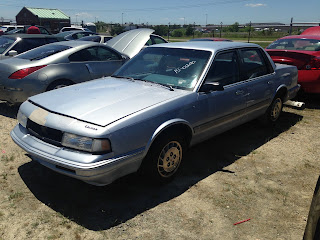 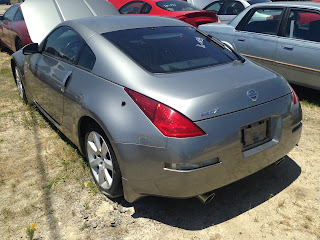 Man, way off, what was I thinking? 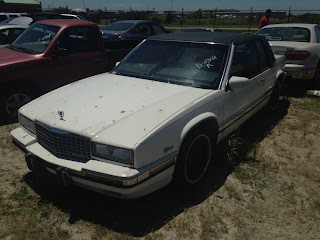 BAM! Right when I know to give up I get one almost exactly right on target.

I don't know what you do with a 91 Caddy, but someone else does now! 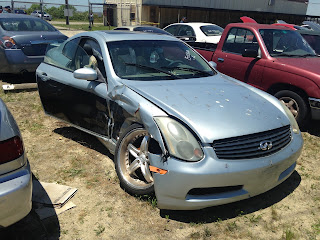 I just bribed the judge, and he gave me credit for the Toyota and this Infiniti, so thanks judge!
There are five cars to go, and I need to get them all right to just finish at or above .500. Let's do this! 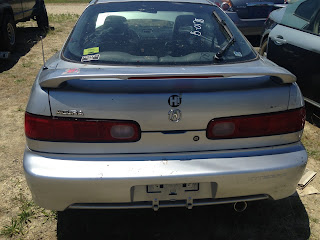 WRONG!
LOSER!
THANKS FOR PLAYING OUR GAME! 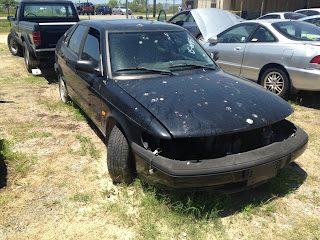 OK, this would have gotten my vote for
"World's Most Interesting Car at this Auction", but it sold for 200! I found out later that the winner didn't pay for it in time, so maybe we'll see it auctioned again in September. 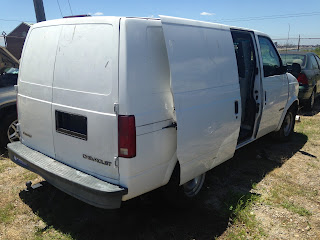 Sorta close, I'm way off on another truck, whatever, let's get this over with! This even had storage racks built in, but it didn't sell as high as I predicted. 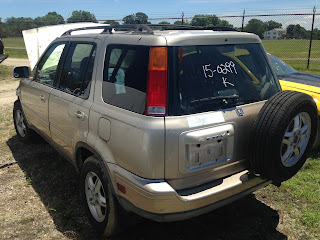 Kinda in the ballpark, but not close enough, thanks! 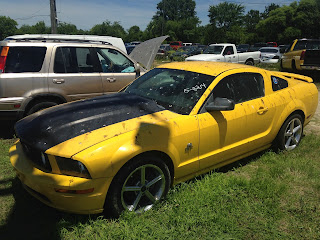 Ya know, if I was breaking even at this point in the guessing game, I'd claim dyslexia and say that I got this one exactly right, but since 1400 is not the same as 4100, this ends our game with another losing estimate.

My predictions were 12 close and 21 not close.

Hope you have better luck, thanks for reading!
Posted by robert.a.nixon6@gmail.com at 12:15 PM