Coming up this Sunday May 24th is the annual Triple Header of motorsports with just about an all day marathon of auto racing starting with the Monaco F1 race, the Indy 500, and then the NASCAR Coca-Cola 600 from Charlotte!
Monaco is the glamorous movie-star jet set rich yacht-owning type of F1 race, so it's a blast to tune in and see this one every year, but to be honest, the track is so narrow and has limited passing opportunities that the real race is in qualifying. The pole position car should win this race; here's some unique things to the week: 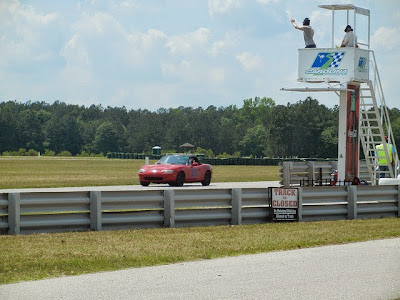 -- Remember that at Monaco only, the first day of practice 1 and 2 is on THURSDAY not Friday. The principality of Monaco being totally shut down for the race means that they move practice to Thursday and re-open the city streets on Friday from what I know. If nothing else, after I win the lottery I'll attend this race, and this schedule should give everyone an extra day to party on Friday with no racing!

-- The TV schedule in the US is also different, since Monaco is such a big deal that the race on Sunday will be on regular old NBC! The schedule that I could find is below, so don't get frustrated watching the pre-race show on NBCSN Sunday and then forgetting to change to NBC for the race!

-- Of course F1 isn't the only show in town this weekend, since with Memorial Day (and I hope you get a few days off and remember the real reason for Memorial Day) we also get the INDY 500 and the Coca Cola 600 from Charlotte on Sunday! My first assignment in the Army was at Fort Benjamin Harrison in Indianapolis (now closed), so it was always fun to be out at the track during the month of May, and since I'm in the band we'd get to march around the track on race day, and sometimes play the National Anthem before the race. Anyway, you can pretty much spend all day Sunday watching about 1200 miles of racing in these 3 races!

-- Nico Rosberg of Mercedes has won the last 2 Monaco races, including last year when he either accidently or on purpose went off course at the end of qualifying and ruined Lewis Hamilton's shot at getting pole. Nico just won the last F1 race in Spain, so with the tight circuit, I'd have to guess that either he or Lewis will be on pole, and right now Rosberg is probably the favorite.

--For my money, just seeing one practice and one race on NBCSN cable TV isn't enough, so at least with the NBC Sports Live Extra App you can also see the other practice sessions, and get other camera views too, and this app is FREE, so I highly recommend it.

--Also for my money, it's worth buying the F1 app. Yes, F1 is a big money hungry machine, but to see the live timing of all the sessions, and get even more background videos and interviews and stories, the official F1 app is a good deal if you're a big fan.