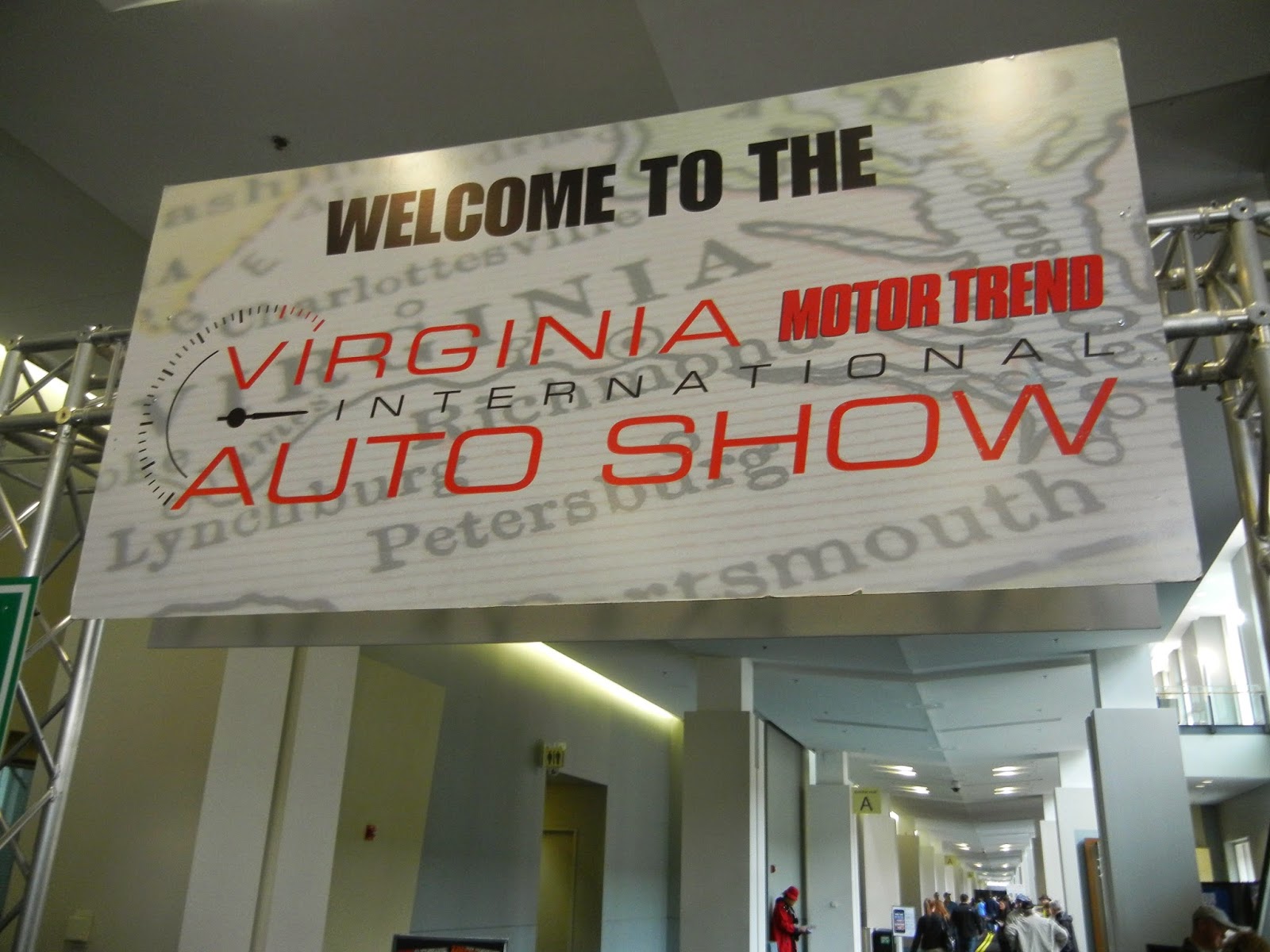 March 20-22 is the Motor Trend magazine sponsored Auto Show in Richmond VA, and after visiting on Friday, here are a few highlights and photos posted below.  Worth noting here, and a big thanks to Motor Trend, is that for your paid admission you also get a year's subscription of Motor Trend magazine!  You can't beat FREE!  Also, thanks for offering a discount to military attendees, we appreciate that!  And an extra special THANK YOU to the guy that handed me two free tickets just before I bought some! I think they were a promo from Food Lion grocery stores!

Here are some of the highlights from today's visit: 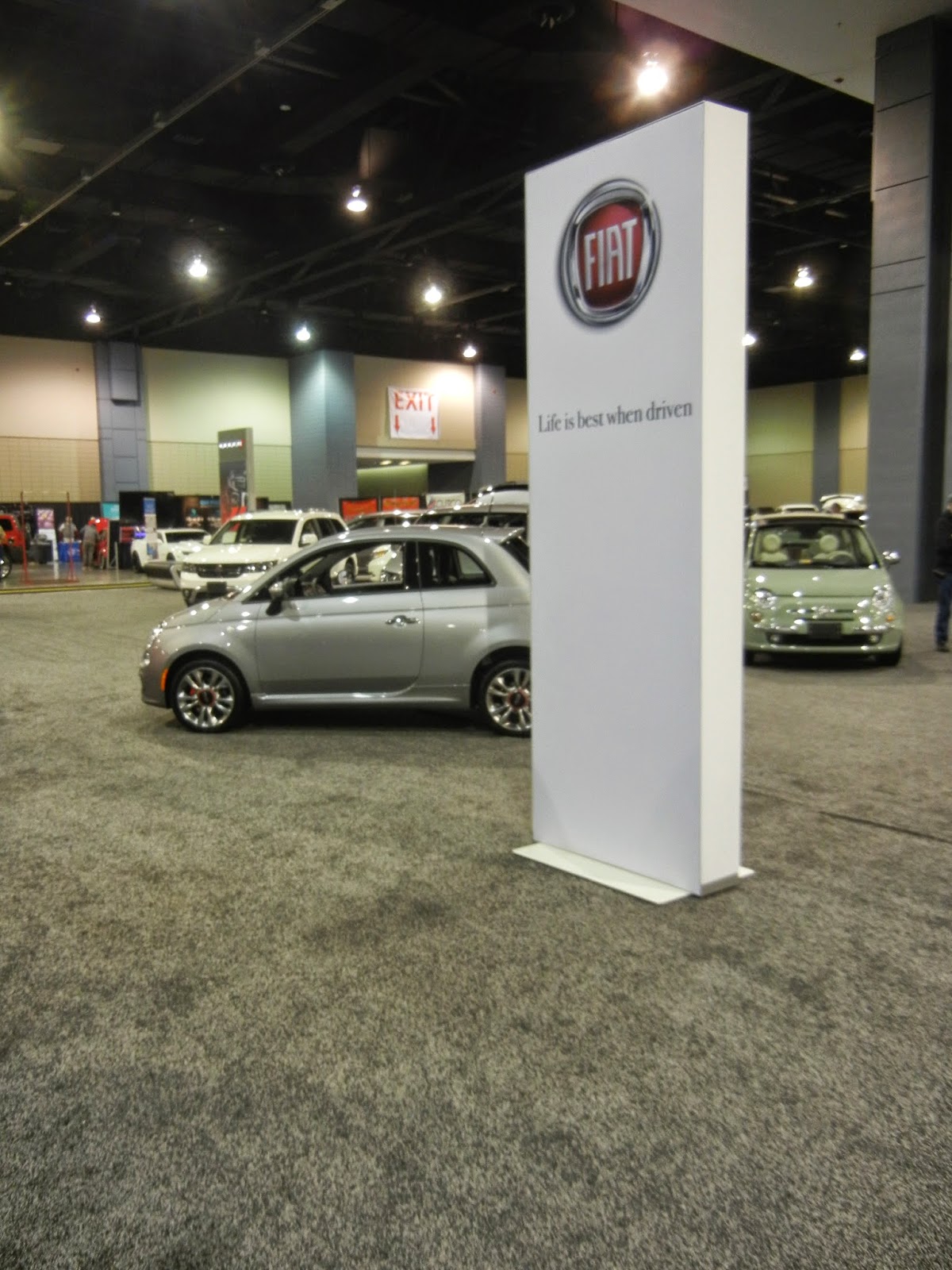 FIAT: they had their cute little FIAT 500 on display, a larger 500L, and a car like mine, the 160hp FIAT Abarth.  The new Abarth remains very much the same, but I noticed the USB port is now on the center console where you can get to it, instead of buried in the back of the glove compartment! The cup holders have been upgraded, so I guess that makes it just about perfect now! 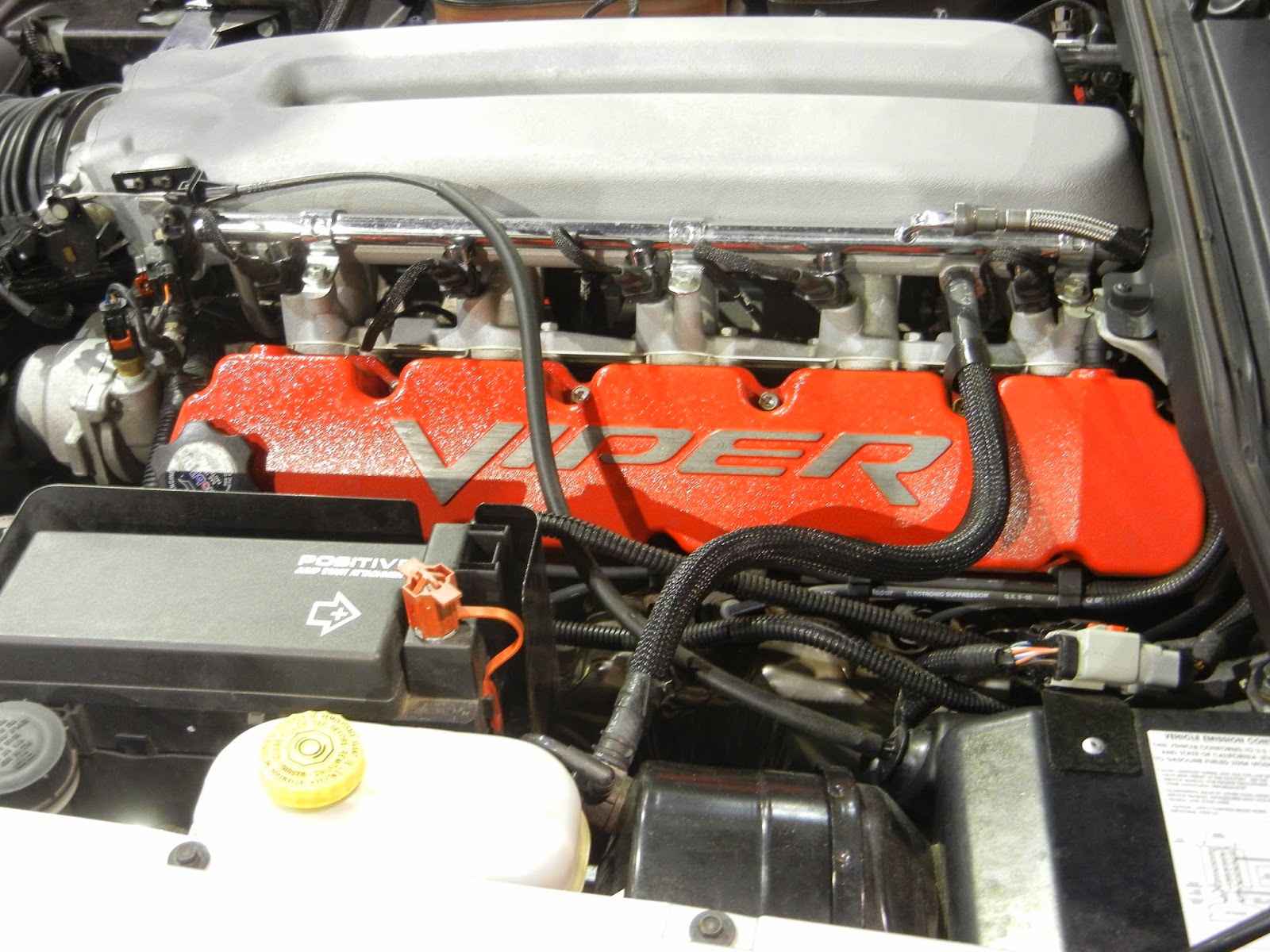 DODGE VIPER: It's an American made Dodge car with cool red valve covers, and it's a VIPER! Go ahead, name one car named after a snake that isn't cool....I'll wait....

OK, those are the only other snake names for a car I can think of, so since they are all COOL, there you have it. Just name your car after a snake and it's cool!   Well, maybe not Garter Snake. 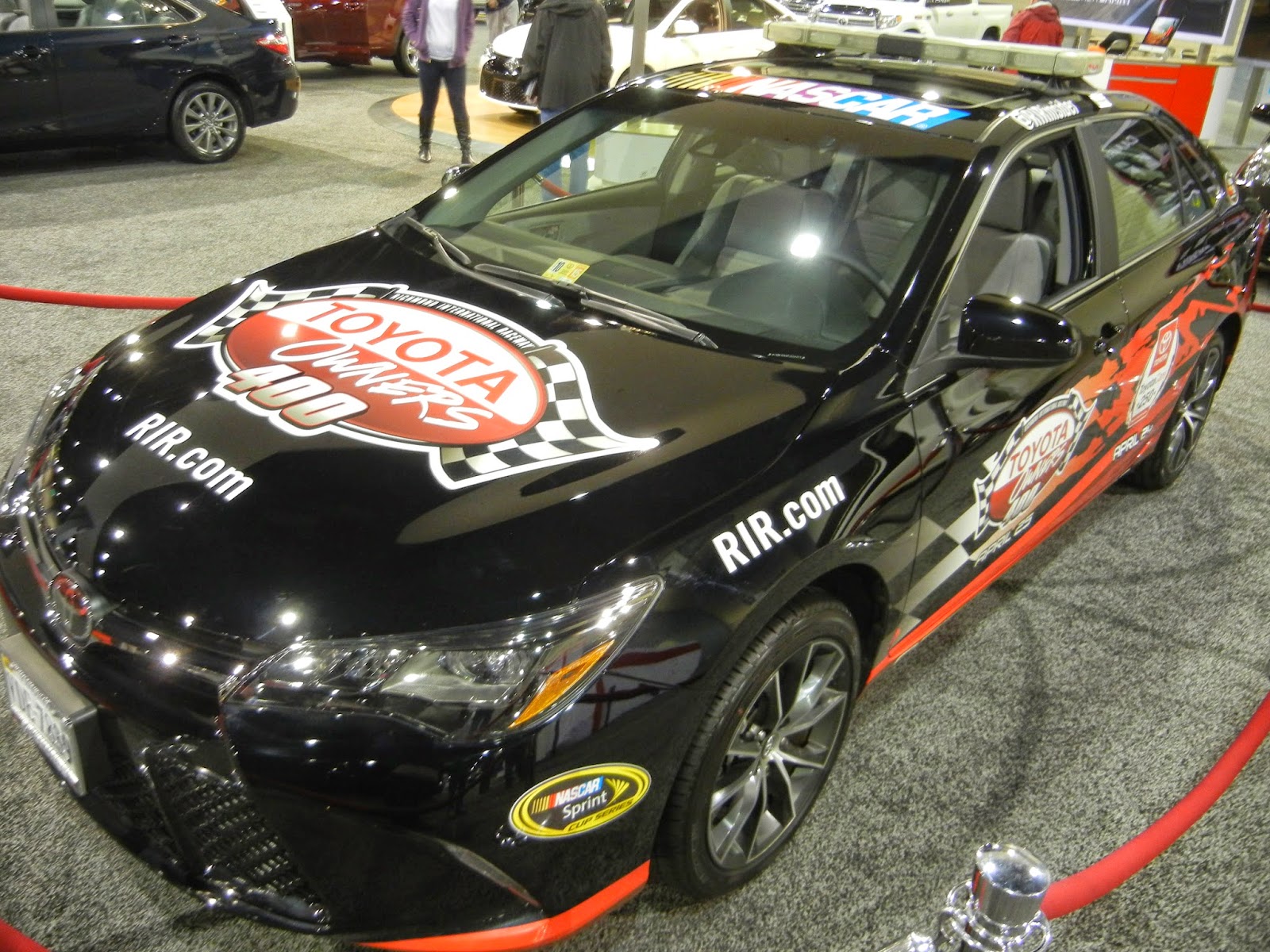 Richmond International Raceway: This was the car they had on display, so being in another town with a NASCAR track tends to be a big deal! They were having a contest to give away something, my guess was tickets to the race in Richmond, so stop by the show and enter! 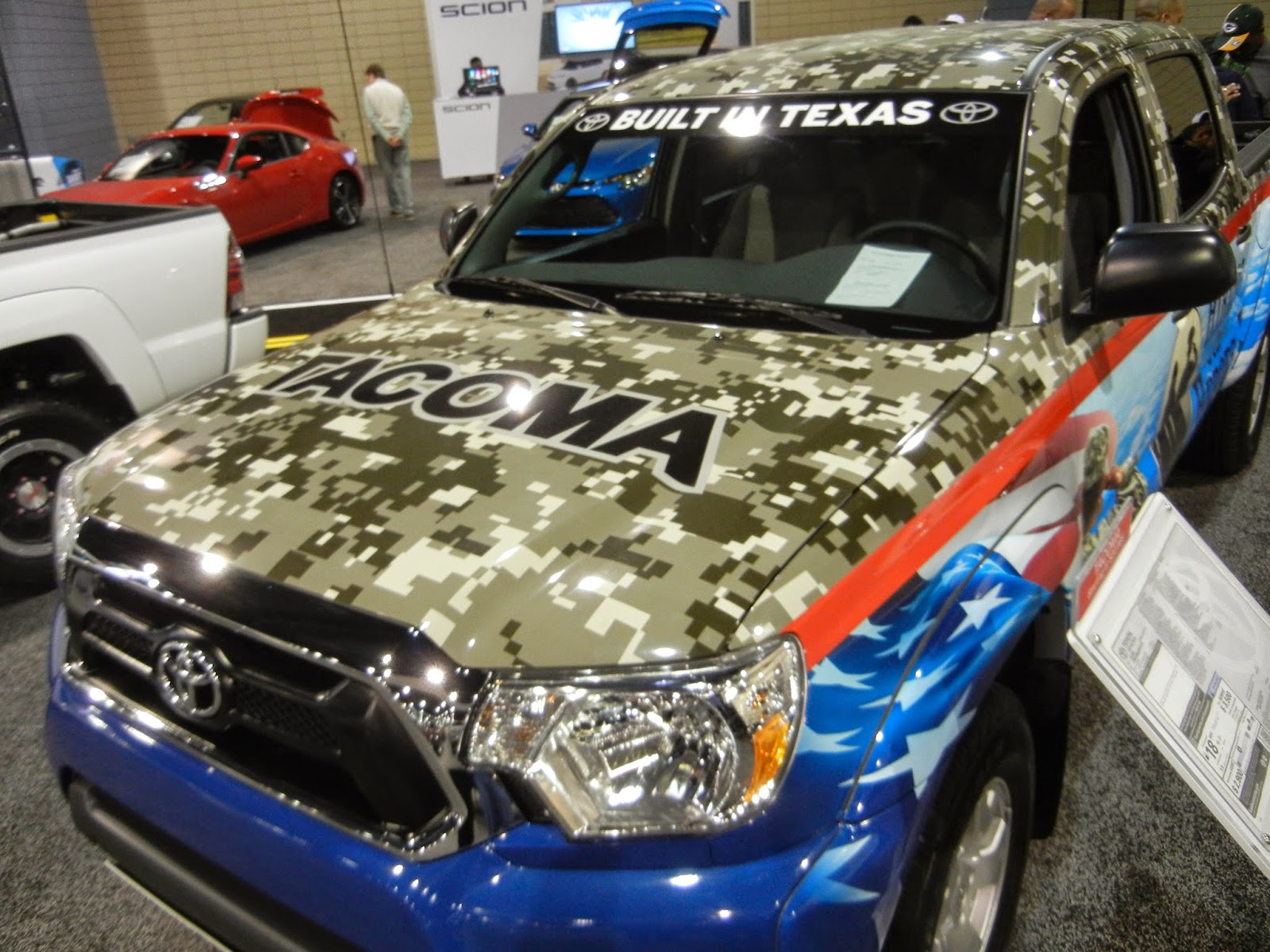 Speaking of NASCAR, since we're in AMERICA, here's a truck that is plainly labeled as BUILD IN TEXAS!  I don't think it gets any more American than that, unless they had a grill cooking up some BBQ and Budweisers in the bed of this camo-Texas-Tacoma-Toyota-Truck! 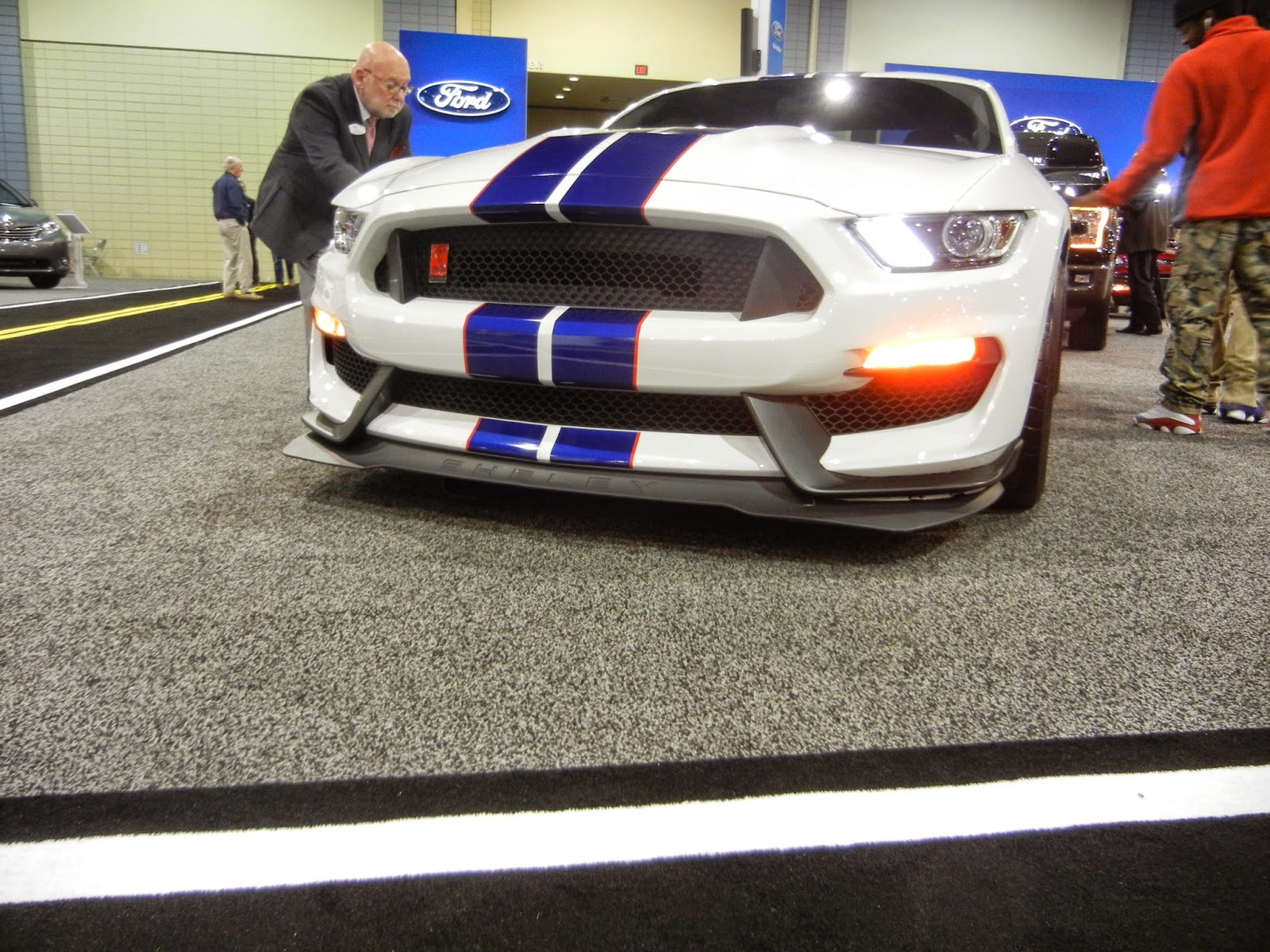 While we're on the subject of America and Snakes, here's the Ford Shelby Cobra Mustang GT350.  Simply take the longest living Muscle Car or Pony Car, give it a V8, then ship it to the Shelby folks for MORE POWER and more AERODYNAMIC stuff like front splitters and rear wings and who knows what other kind of magic-mojo-motor-madness under the hood, and it ends up looking something like this! 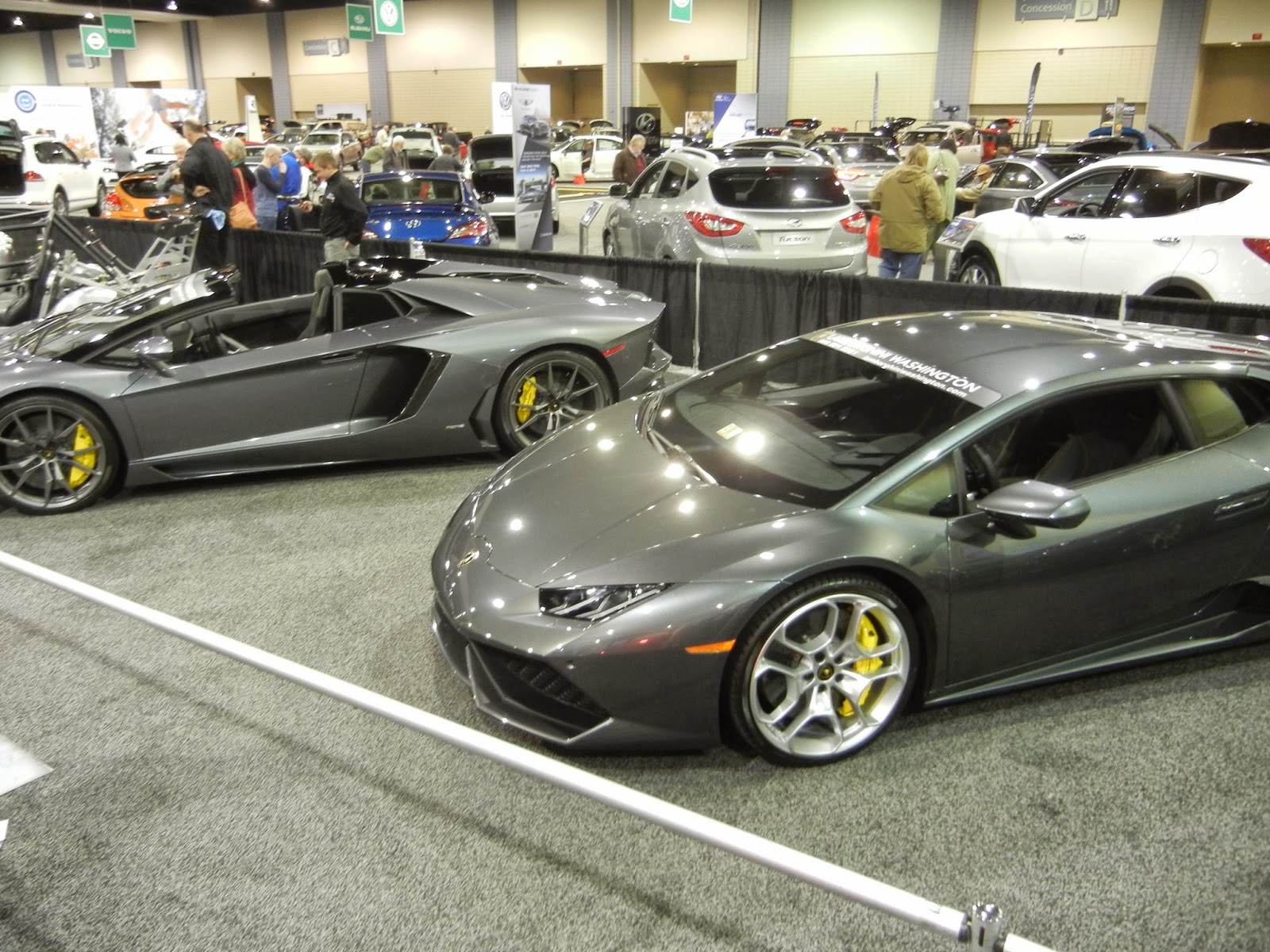 OK, here in Part One of this report we started with some Italian cars from FIAT, then moved into the meat and potatoes and snakes and trucks of America, so here's one quick return to Italy with not one, but TWO LAMBORGHINIS!  If I win the 51 million dollar Mega Millions tonight, I'll go buy one or two of these.  Stay tuned for PART TWO from the Richmond Motor Trend Auto Show!
Posted by robert.a.nixon6@gmail.com at 3:06 PM