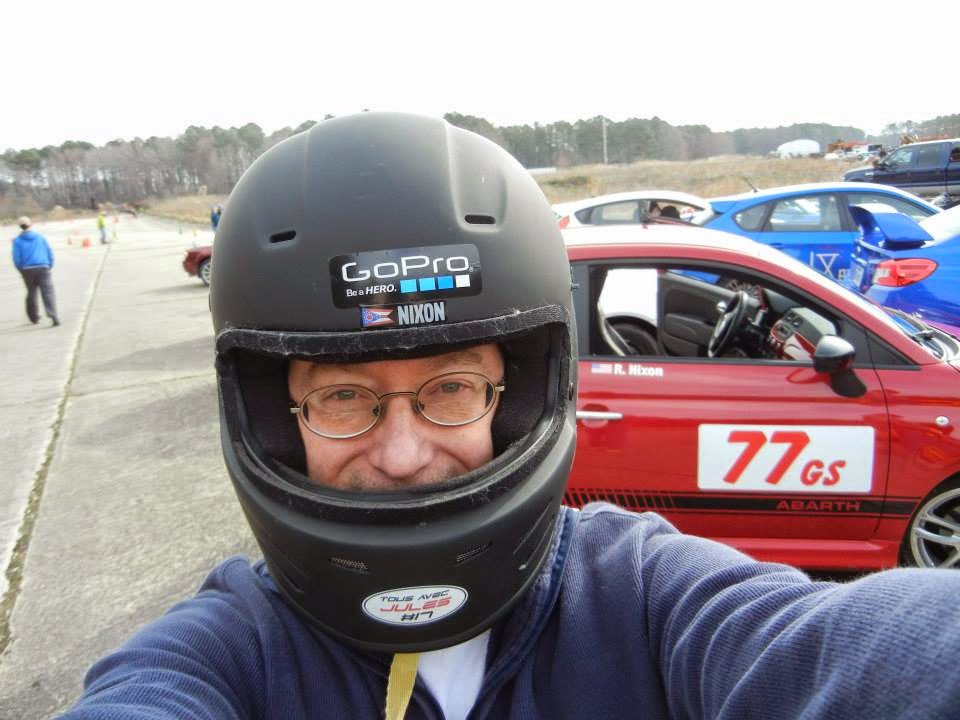 Sorry that I didn't throw more alliteration into the title, like Fantastic FIAT Fun First Frivolity Fumes! Maybe Autocross Always Anchors Awesome Achievements or something like that!

Here's a report on the first autocross of the year, and a look at some "behind the scenes" stuff that doesn't directly involve driving your car. It takes a lot of effort to set up the course, run the timing system, pick up cones out there that get knocked over, and then clean it all up at the end of the day.

Sunday I drove in the Tidewater Sports Car Club's first autocross event of the year, and thanks to all the club members for putting on a great event!  In the metropolis that is Pungo Virginia, at a former airfield, there still exists enough square feet of pavement for autocross events, and from March thru November the TSCC holds one autocross event per month, usually in Pungo. You've got to love a spot like this because other than the exact longitude and latitude, the best directions to the Pungo airfield always start with "It's just north of Pungo Pizza"!  Plus it's really fun to say Pungo and realize that not too far from the over developed beachfront and suburbia of Virginia Beach you can still find a part of America that has horses and farms and abandoned airfields!  But enough introduction, on to the competition!

Nixon Motor Sports North (that's me), took first place in the G Street class at the first TSCC autocross of 2015, by soundly defeating the other....by narrowly besting....OK, by being the only car in the GS class!  There, now you know the truth!   Otherwise I'm pretty much done with reporting "First in class, and Fastest Italian Car of the Day", and "Only Italian Car of the Day".


For the full results of this event, check out this link:
TSCC Autocross #1 Results


First Run: time of 43.328 and no cones hit and I stayed on course, so that felt really wonderful after not autocrossing since October. With no other cars in my class or even modified Abarths in other classes, my only competition was to see if I could improve on each of the next runs.  Competing against yourself and trying to improve is probably just as much fun as fighting with another driver over another tenth of a second in competition.

Second Run: time of 43.571 (again a clean run, but...) CRAP it was slower than the first run! Not bad consistency to be within two tenths of a second, but slower = slower. After this result I sat in my car and mentally reviewed the course to figure out where I thought I could pick up some more time and go faster on the next run.  I decided that the lane-changing section was my best spot to gain time.

Third Run: time of 42.925  was clean AND faster, so I was back to being happy again!  Before the fourth and final run I watched a few other cars driving, trying to learn how to get around the course faster, and then fired up the GoPro camera again to go for a faster time.

Fourth Run: time of 42.680 again clean and my fastest time for the day, so I was happy about that!  From the first run I'd managed to knock off 7/10ths of a second, so while that wasn't anywhere near the  36 seconds run time of the fastest cars of the day, at least I'd managed to get a little improvement.

You can see the video of this run at:
Video on Facebook

That's it for the first event, so now it's time to start counting the days until the next event on April 19th!
Posted by robert.a.nixon6@gmail.com at 8:56 AM