Today we drove up the road to Charlotte for the final day of the 2014 North American Motorsports Expo, or MSX.  The MSX was basically a bunch of motor sport related exhibitors that are here at the same time as the Sports Car Club of America national convention.  If you've been to any kind of convention, no matter what kind of business you are in, you've seen a large convention hall filled with all the manufacturers and retailers that sell you the stuff you need to do business or enjoy a particular hobby.  That's what we saw earlier today, and everything was car related! 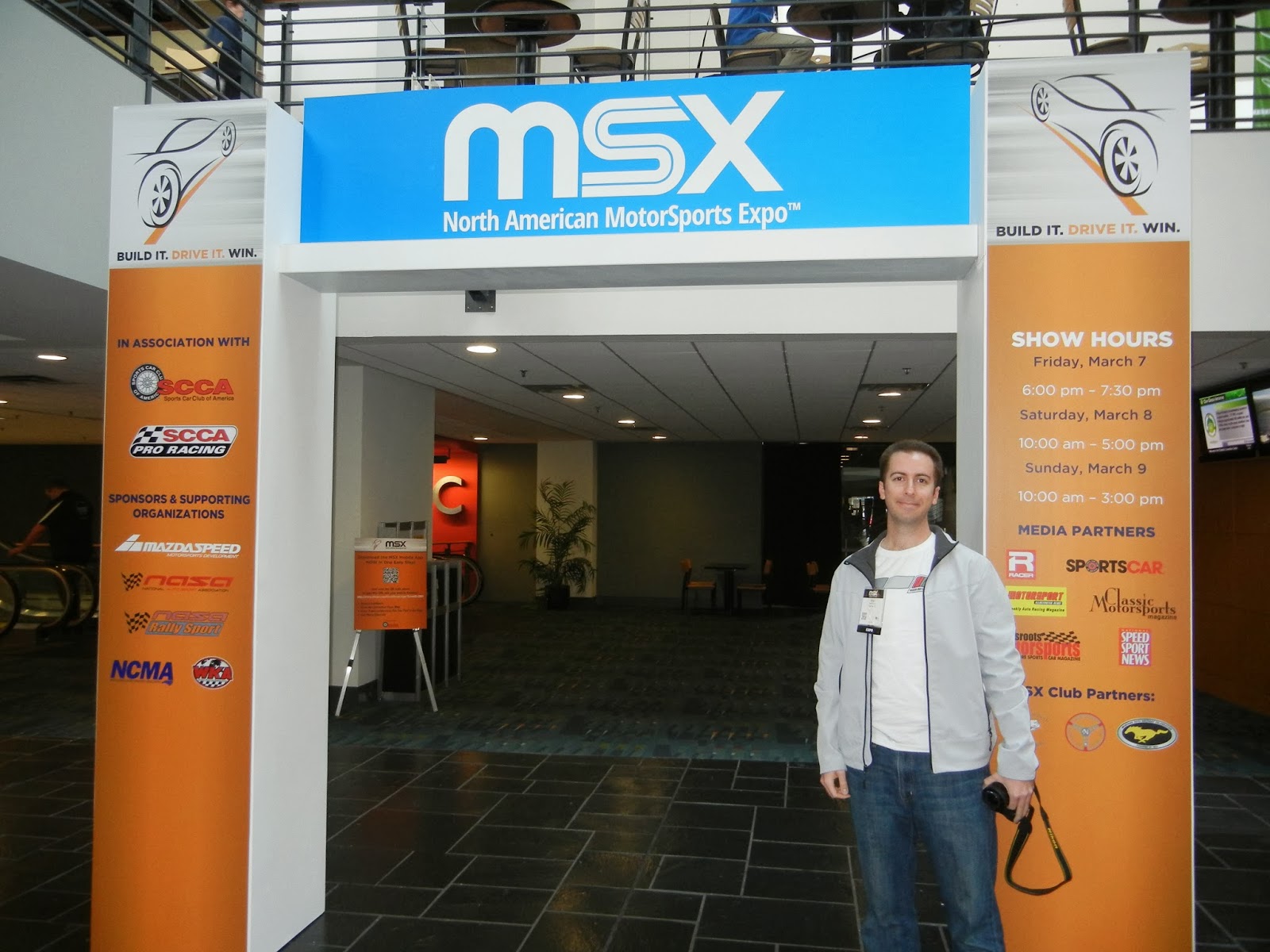 The SCCA convention and MSX also both had various guest speakers and educational classes, but to be honest we just wanted to check out what gear was on display!  There were various brake companies, racing fuel folks (Gulf is back!), and even these folks in the photo below from Crawford Composites ((LINK) that Brian talked to about their carbon fiber cars.  If you buy one of their spec racer cars, they'll throw in a carbon fiber Telecaster type guitar for free!  I picked up the guitar and it was ridiculously light weight! 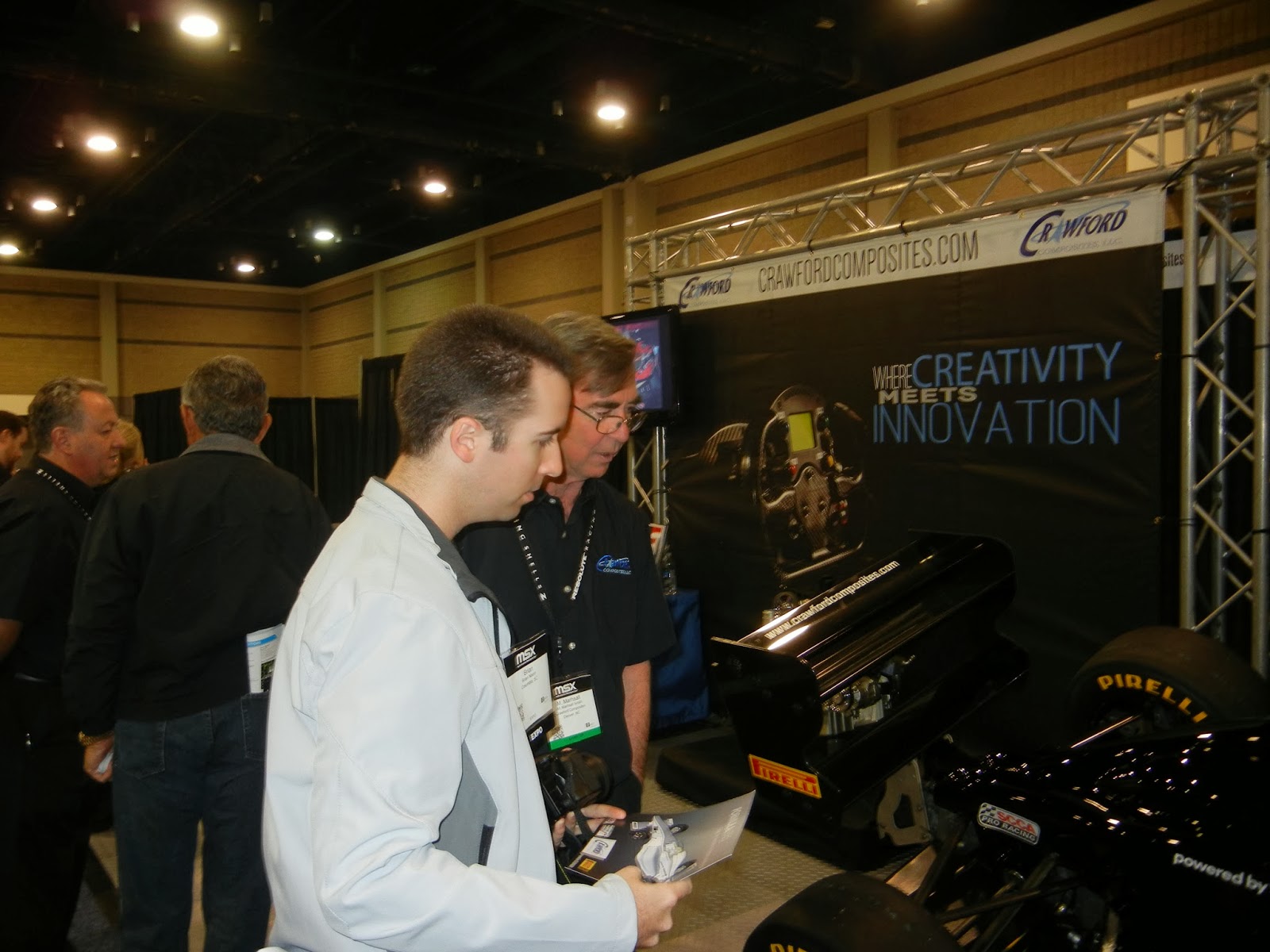 One very impressive bit of technology we saw was the Braille car battery.  Batteries are not the most sexy part of a car, but what if you had a high performance battery that also cut 30 or more pounds of weight from your car?  That's what is so amazing about these little dudes!  One they had on display is the battery used in some F1 cars, and it weighs 1 pound!  They cost more than regular batteries, but if you're looking for high performance at low weight, check them out at their link HERE 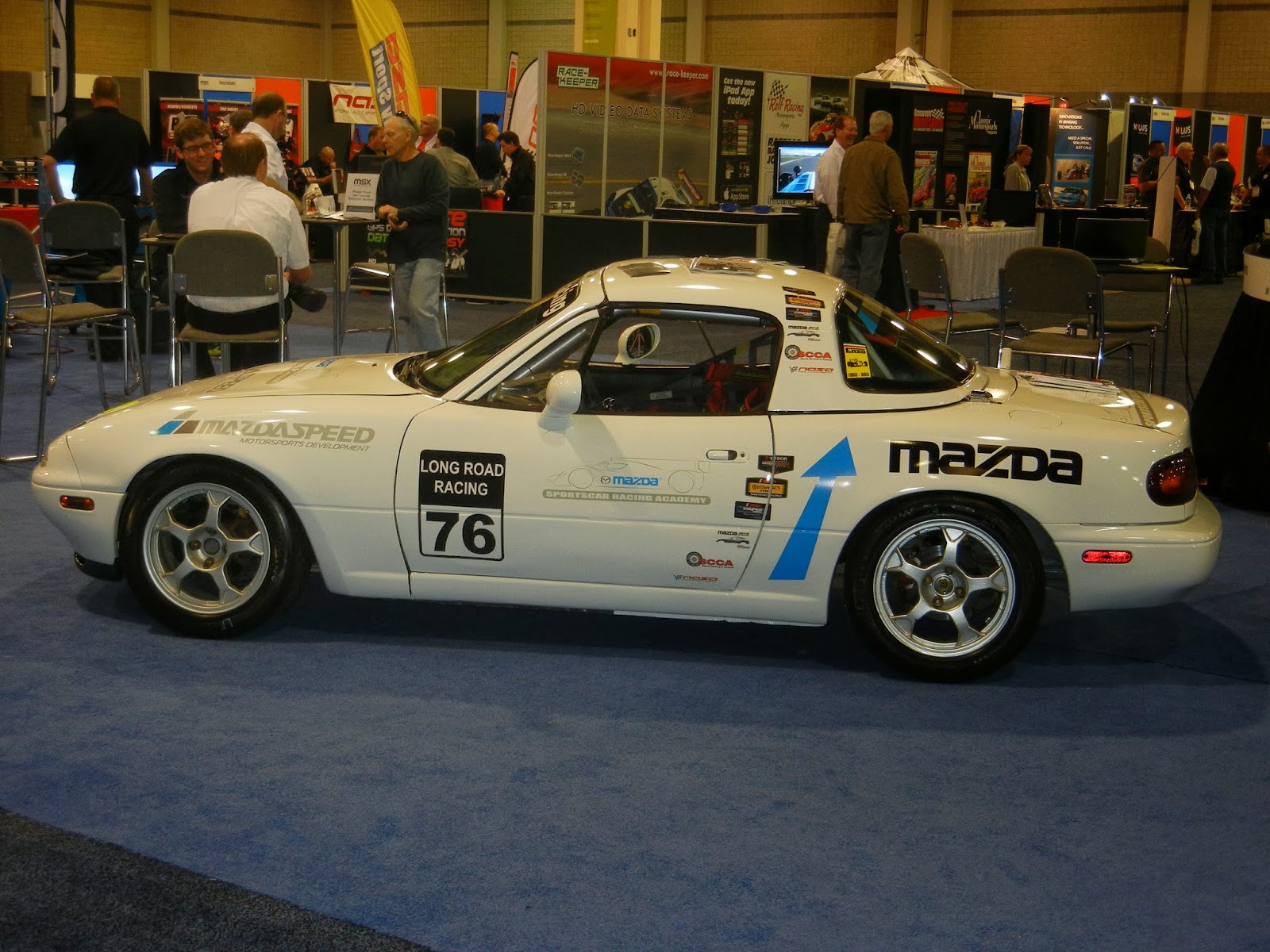 The Mazdaspeed folks had this white car on display, fully prepped for racing, as well as a couple of simulators that were very popular with the crowd.

Overall it was fun to see some new stuff, pick up some literature from various places, and talk to other car nuts, so now we're getting much more fired up for autocross season.
Posted by robert.a.nixon6@gmail.com at 1:14 PM