What's New In the NMS Garage? Hint: From A to Z!

Glad you asked! Let's start with the Letter "A" 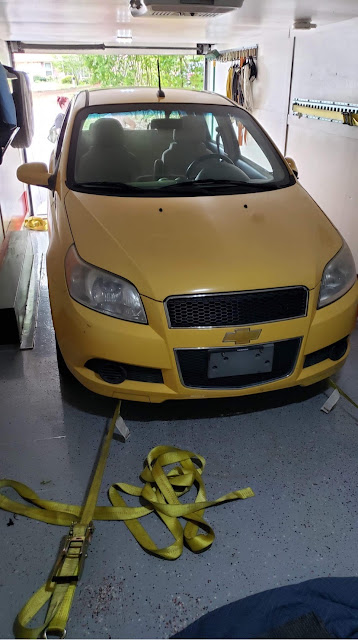 Down at NMS-South world wide HQ, there isn't just one new car to talk about, but two new cars to talk about. Well, so maybe they aren't new, but they are new to us! First up, a first Chevrolet for NMS, an awesome yellow AVEO!
If you aren't familiar with the Chevrolet Aveo, you might know it as the Chevy Spark, or you've seen it in another country. The basic model has been built by Daewoo since 2002, and can be found wearing other badges, such as Holden, Pontiac, Ravon, Suzuki, and ZAZ.
The NMS Aveo comes used, and without giving away any secrets, a previous owner was told that the engine was blown. Long story short, engine runs, and with a few minor repairs it's running. NMS plans on the Aveo being used as a work commuter car, which frees up the race cars for something like, uh, well, racing.
Way back up at the top of this post we started with the letter A, so now let's turn it up to 11 (or 26 I guess) and end it with letter "Z" 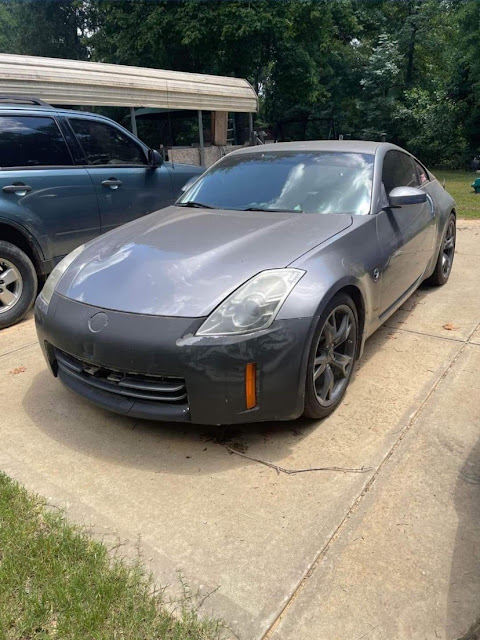 Yes, it's another Nissan 350Z! Driver Brian Nixon states that future plans for this lightly used car (only 90,000 miles) will see this beast converted to track use. Much more to follow on the Z car development, and maybe we'll throw in some more background on getting the Aveo into running shape too!