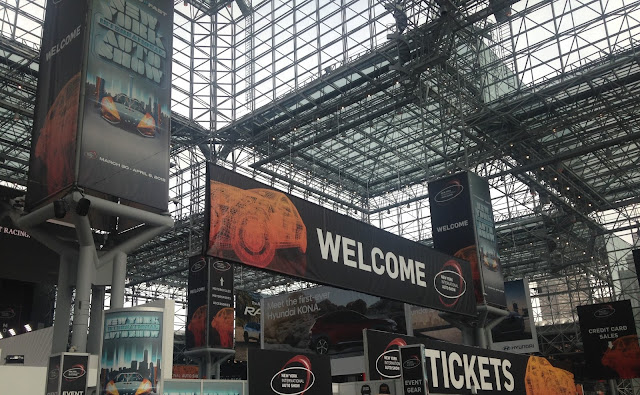 After attending car shows from coast to coast, (Philadelphia, Washington DC, Atlanta, St. Louis, Detroit, etc.) the NMS team finally made it to the New York International Auto Show during the final weekend of the two week show. You  know, NEW YORK, the BIG APPLE, in the CITY THAT NEVER SLEEPS! Let me just say that it was BIG! Probably so big that we're going to have to break it down into a couple of blog posts.

We left Long Island early on Saturday and caught the Long Island Rail Road into Penn Station, then just had to walk a few blocks over to the Jacob Javits Center. We had bought tickets on line, so once we got inside we just had to wait about 15 minutes for the doors to open at 10AM. Of course there were expensive pre-admission tickets that would have got us in at 9AM before the doors opened to the rest of us, but hey, if you want that kind of exclusive auto show coverage your going to have to visit one of those websites that pays the writers! Compared to the 45 dollar early admission, the $17 for general admission was fine with us.

Here in Part One, we'll just throw out some of the sights from today's visit. Other than buying lunch while at the show, we didn't spend any money on exotic vehicles, but when we win the big lottery we'll be sure to boost the economy at several car dealers! 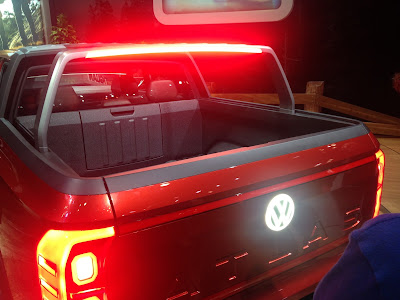 Volkswagen had this Atlas Tanoak pickup truck concept vehicle on display, and it looked pretty cool with the light-up logo in the middle of the tailgate.

The Atlas SUV is available now, but this truck is still in the design stage, but I'm going to guess that it will be for sale in the US sometime next year.

Given the number of trucks that sell in the US, they'd be crazy not to produce this bad boy. 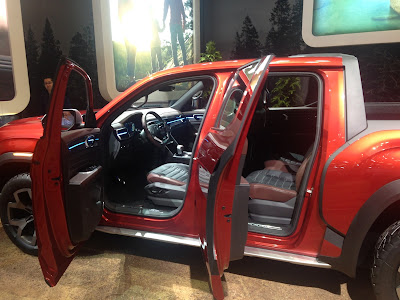 Maybe it was the 70s that VW last made a pickup truck, a very small one, but I think this one could be a winner.

I'll also bet that they change the name and hopefully come up with something besides "Tanoak", but since they already have the Tiguan and other made up words, who knows what the VW folks will do next? 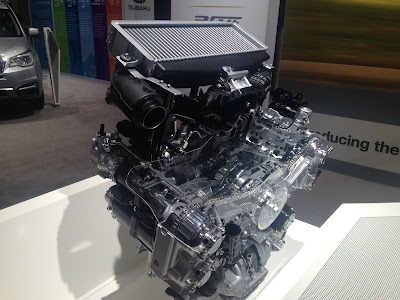 This model Subaru boxer engine was cool, because it was both a cut-away and had moving parts, so you could see the pistons "boxing", and the valves opening and closing, as well as the drive chain moving.

Besides just looking at cars, many of the manufacturers had some more interesting things like this to see, and interactive virtual reality or simulators.

They weren't giving away any cars, but getting to see so many vehicles in one place was worth the ticket!
More to come.
Posted by robert.a.nixon6@gmail.com at 5:05 PM