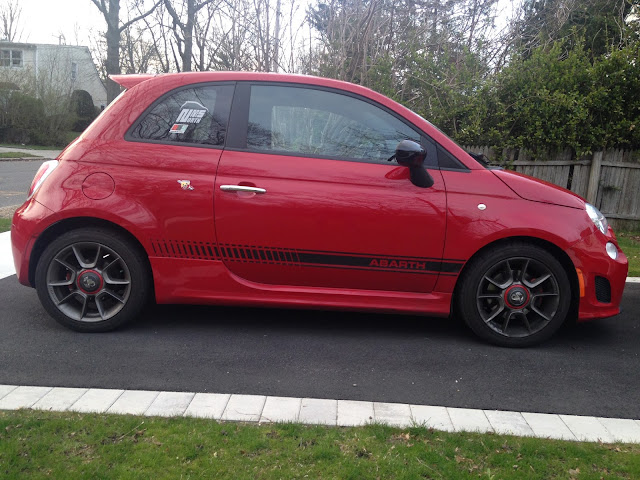 Here it is, Autocross Eve, for the first time in 2018, and I can't wait for tomorrow!

In my Street Touring Hot-Hatch class, here's a look at the cars signed up in advance, although there will most likely be more drivers show up tomorrow to compete. Our NMS technical analysis reveals that the USA, Germany, and Italy are all represented by one car each, while Japan dominates the field with four entries out of the seven. Maybe that would help in the Olympics or the Tour de France, but autocross is each driver totally on their own.  FORZA ITALIA!


The Street Touring category has several classes that will be all lumped together tomorrow and during the year in the New York Region. Hot Hatch, Roadster, and Sport could be run as three separate classes, but as you can see that would leave some classes with only one car in them, so it makes sense to combine all Street Touring classes into one.
This is a new class for the SCCA this year, so who knows how this will turn out. Mostly I notice four Miatas in the class, so even though they range from 1991-2016, well, they will be tough competition! The Ford Fiesta ST is always a tough car to beat in autocross, and I don't know much about the 1.8 liter turbo VW Beetle, but it's got a bigger motor, so we'll find out tomorrow!

In the Hot Hatch class, modifications can include some tweaks to the engine computer, so this is likely to be my weak area, since my FIAT is stock as far as engine mods goes. All it takes is more money to buy an engine tune, so send those dollars and nickels in to NMS now!

Seriously, the competition is more dependent on the drivers than the cars at this point, since we're all in similar cars, although it is interesting to note the rear wheel drive cars (Miatas) vs the front wheelers (the rest of us). If tomorrow's course is as small as last week's event at the same location, each run will only be around 24 seconds, so I'm thinking that driver skill will dominate instead of raw horsepower.

I've got the car packed up for tomorrow, so other than getting some painter's tape to put #374 on my car, packing a pbj sandwich, and getting some sleep, I'm all set. The new number with this club means I've had to remove the trusty #77 from my autocross magnets, so maybe a new set of permanent numbers for the Abarth are in order. Have a great weekend!
Posted by robert.a.nixon6@gmail.com at 4:45 PM