This weekend the Lemons team combined forces to bring the biggest impact update yet!

We dove in Saturday morning with another three hours of sanding as well as dismantling the front bumper, mirrors, and a few trim pieces still clinging to life outside the car. 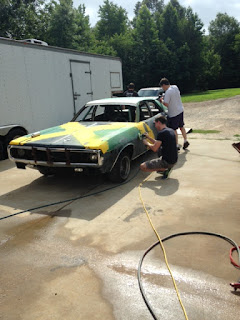 While the car was getting a final sanding, we wanted to both get the front bumper out of the way to make painting easier, but also address the rust and install some metal screening to prevent any large debris front getting into the radiator during the race. 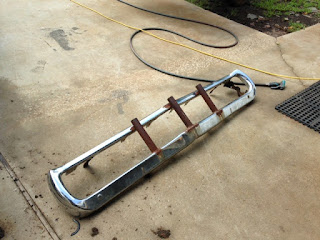 With the bumper off, we sanded down the rust and hit it with what turned out to not even be close to chrome paint. 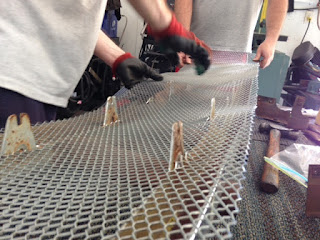 From there, the screen was trimmed and fitted behind the grill, then painted black for final style points. 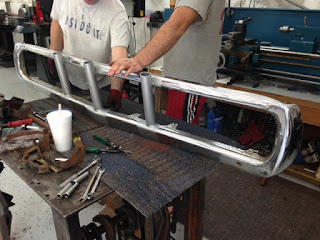 After a thorough wash, the team ganged up with some rolls of masking tape and paper and masked off all the bright work and interior before tucking it in for the night. 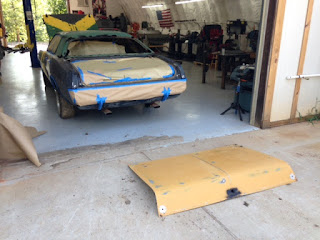 Sunday morning, we arrive bright and early to roll the car outside and get some paint flowing before it got too hot during the South Carolina summer. 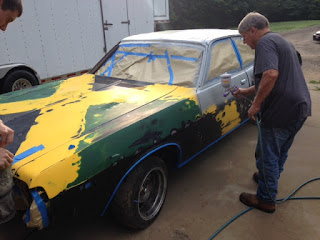 A solid coat of non-sanding, high-build light grey primer sealed out the former Jamaican flag design and patchwork of other former colors. 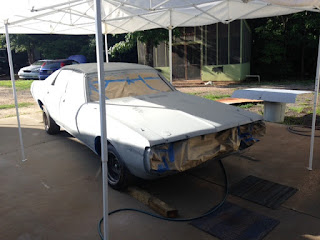 Up next we whipped up the purple metallic single stage acrylic enamel and got the color flowing. Chuck manned the gun and we kept the paint mixed up in batches.  In total about 3/4 of a gallon of purple went on the car. 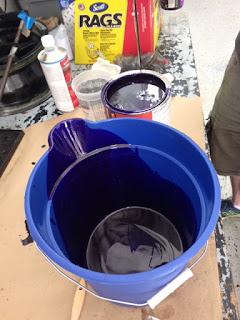 After some lunch and watching a little bit of IMSA endurance racing at Watkins Glen on TV, we revealed the final look. 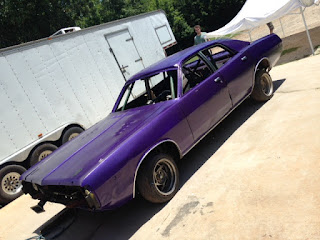 We've got at least one more weekend of mechanical work to wrap up before our final test day with SCCA's Track Night in America at CMP in August.  Following that we'll finally be ready to add the final touches and vinyl graphics. 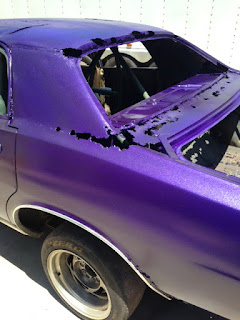 We'll take a break next weekend to visit Discovery Parts in Atlanta to get fitted for racing suits and safety gear! 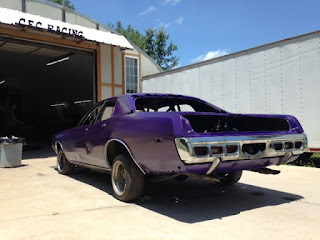