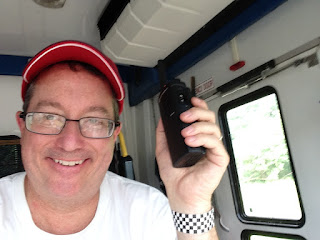 Over in Europe, the Formula 1 racers have this little tradition where they take some time off in the middle of the racing season. No, it's not like Major League Baseball, the National Basketball Association, or the National Hockey League, where they take a handful of days off to have an All Star game in the middle of the season. The F1 teams take about four weeks and have no racing, with I think two weeks of the time where they are not allowed to have people working on the cars. Considering that the mechanics and engineers have probably been working 20 hours days for months, that's probably a good reason to take time off, but man, for the fans that's a month of no racing!

Hey, but the good news is that August is also chock full of NASCAR, IndyCar, drag racing, and about a bazillion other kinds of racing too, so there is always something going on somewhere in the wide wide world of racing.

Here at NMS, our August schedule looks like this so far, not counting stuff like "work" or "looking for work":


That looks like a pretty good month, with a variety of car shows, autocross, rallycross, and maybe a charity event driving on the Richmond NASCAR track just for fun! Maybe we should get out the NMS team stationary and invite all the F1 drivers to attend these events since they don't have any racing going on for a while! Being such nice friendly guys, we'd even let Fernando Alonso co-drive an NMS car too!
Posted by robert.a.nixon6@gmail.com at 6:23 AM