Our 2011 Toyota Camry is a monster on the road, with a HUGE 4 cylinder engine, 4 tires, and 4 sets of brakes! That's as many tires and brakes as on a 1,000 horsepower Formula 1 car! Unlike the Formula 1 cars, the Camry has a cabin air filter, and according to the maintenance schedule, it was time for a new one.

Now I'll confess that I figured this cabin air filter business was a bunch of baloney. I mean, back in the old days (in the last century), we sure never needed a cabin air filter! Yeah, that's right! We liked breathing our air just like nature made it, chock full of dirt, pollen, insects, and what not. As the doctors tell us, you need approximately 450 liters of oxygen WITH what-not EVERY SINGLE DAY to maintain healthy living! I mean seriously, have you considered NOT taking in about 450 liters of oxygen each and every single day? ME NEITHER!

Seriously, the cabin air filter is probably the most exciting HIGH PERFORMANCE part you can put on your car, so I went down to my local Auto Zone today, chatted with the friendly guys there, said hi to the Mini Cooper guy that always asks about the Abarth, and then we looked up what Cabin Air Filters were available for the ol' Camry. Well, their system pulled up an STP one for about 15 bucks, and then two others. When asked which one I wanted, I said "gimme the cheap one, I like breathing air that's been filtered, but not filtered so much that I lose touch with the man on the street."

One of the other filters was from some air freshener company, and apparently had air freshener goop in it to make your ride smell like a pine tree air freshener. That one was 25 bucks, so I passed on that particular option. After doing my part to boost the economy, I headed home and installed the new filter.

SHALL WE PLAY A GAME? 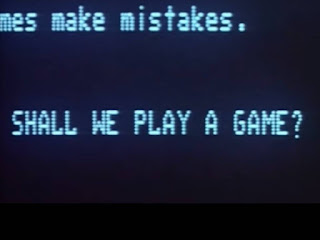 (If that didn't make you laugh, you need to go re-watch the old Matthew Broderick War Games movie. It's from the last century too, just like me and the air I like to breath.)

1: Take a look at the next photo.
2: Look REALLY close.
3. Guess which is the new white one, and which is the old dirty bug-encrusted used one!
4. Comment below on the blog and we'll see if you're correct!


Just for fun I wanted to point out that the filter I purchased is the right size, even though the instructions (below) are written for a Toyota Yaris. As far as I can tell, you can buy just about any Toyota or Lexus (Yaris, Corolla, Camry, Avalon, etc.) and they all pretty much look the same, other than the Lexus grilles are STILL the ugliest car parts in the entire industry.