Automotive Highlights at "The Henry Ford"

(or "What I did on summer vacation part V)

Previously on this blog you might have seen some of the non-automotive highlights at The Henry Ford, so let's just look at the cars this time!


Right off the bat I'll show you two of the coolest cars in the history of ever if you are a fan of motor racing. Let's take a look at these two cars from 1965 and 1967, both powered by Ford, but famous for winning different world famous races. 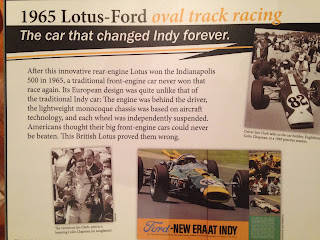 Up to 1965 the Indy 500 had ALWAYS been won by front engine cars, but then it all changed with this very car, the rear engine Lotus driven by Jimmy Clark. This was Lotus and Clark's third try at Indy, and they won it all with both poll position and victory on race day. EVERY Indy winner since has been a rear engine car too. This car combined the light weight and technology of Colin Chapman's Lotus cars from Europe with a Ford engine. 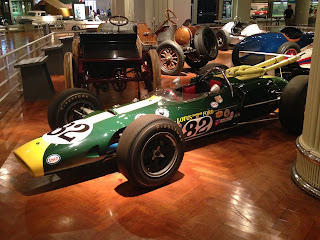 Fast forward two years, and in 1967 it was time for Ford themselves to also build a car with a Ford engine that went overseas and won the 24 hours of LeMans. With American drivers A.J. Foyt and Dan Gurney behind the wheel, this was a huge victory for Ford, said to be inspired after Enzo Ferrari had rejected an offer from Ford to buy his Ferrari company, which led to Ford going all out to beat the Italians at the most famous endurance race in the world.

For the American Ford company to go to European racing and finally beat the Ferraris was a big deal. One of my car buddy friends saw the following photos of this winning Ford and said "I'd be bowing down to this car in person!". 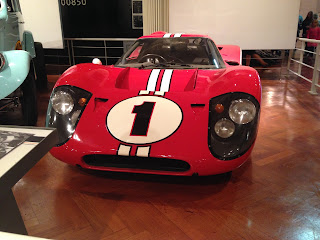 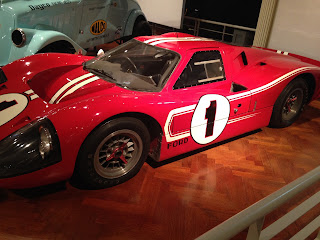 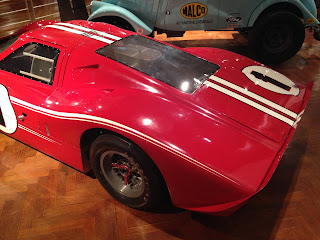 Another nice display was the following collection of Presidential vehicles, which pretty much spans the entire 20th Century, starting with a carriage used by Teddy Roosevelt! 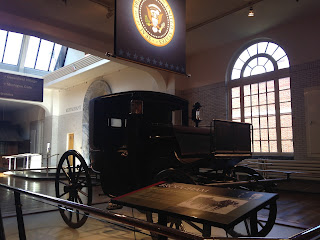 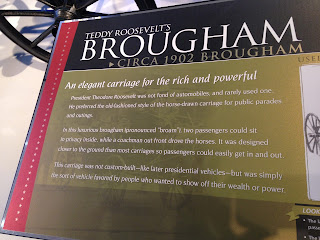 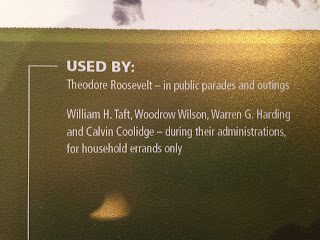 The first motorized Presidential limo was this Lincoln, the Sunshine Special that was built for FDR, but also used by Truman. 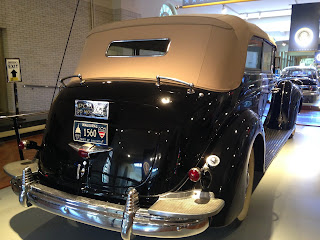 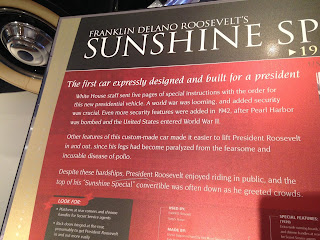 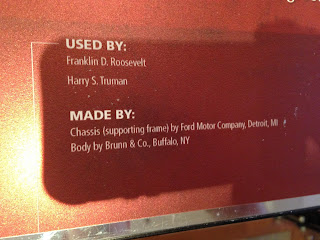 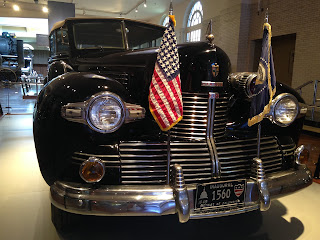 Next in line in the Presidential fleet came this little number, a 1950 Lincoln "Bubbletop that was used from 1950 to 1967. 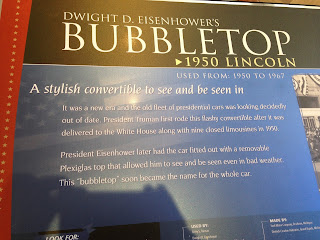 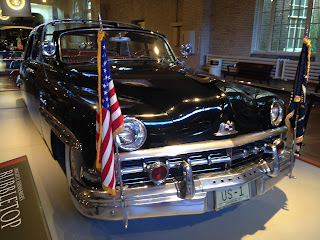 In 1961 this Lincoln was added to the stable, and was used by Presidents Kennedy, Johnson, Nixon, Ford, and Carter. 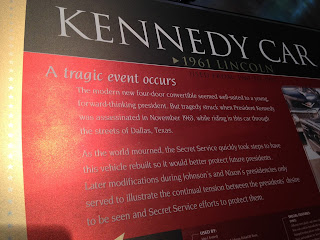 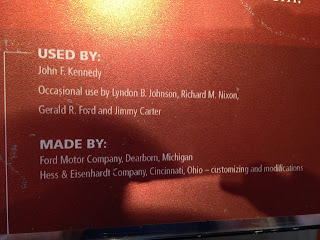 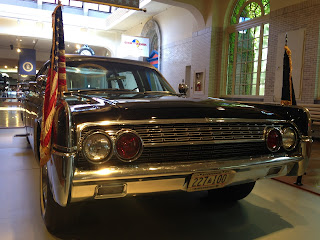 The latest car on display was this 1972 Lincoln used by Nixon, Ford, Carter, Reagan, and George H. W. Bush. I think they refer to it as the Reagan Car because this was the car being used the day he was shot in Washington DC. 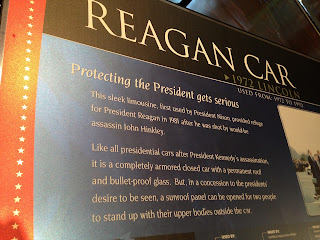 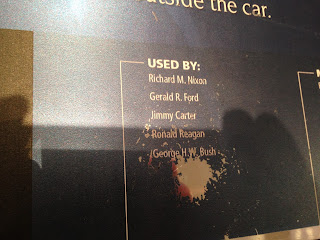 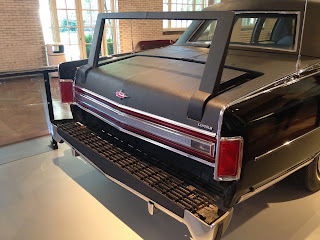 Here you can see the special rear bumper that folds down to become a platform for security personnel, as well as the handlebar that pops up from the trunk lid. 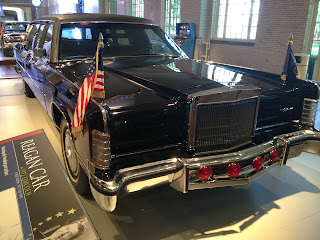