Subtitle: Why do you guys have this blog anyway?

We will both be competing in Sports Car Club of America Autocross events this weekend, with Brian driving the number 86 Fiesta ST in South Carolina and Robert in the number 77 Abarth in Virginia. With the Fiesta Brian has just started competing in the H Street class, and a quick look at registration so far has just one other car in his class, another Fiesta ST! That should lead to some tough competition as the two drivers in similar cars see who can get the fastest time.

Farther north, Robert has entered in the G Street class, and in a common pattern we've seen this year, there aren't any other cars in his class right now. If there were, they'd be something like other Abarths, VW Golfs, or the Ford Focus ST.


We have this blog just to share our interest in auto crossing and automobile driving of all kinds. Beyond the safety of autocross events, we've started to branch out into other motor sports events, primarily Brian with his experience in a rally cross event and doing some High Performance Driver Education events on the track at Carolina Motorports Park. Rally cross is just like an autocross, except that instead of on a paved parking lot, the course is set up with cones in a field and might include grass, mud, gravel, dirt, etc. As you might imagine, a rally cross event will be a bit bumpier and involve a bit more of stress on the car suspension.

Along the way we've attended various car shows, raced go-karts, taken test drives, attended the Jaguar Drive Alive and Ford Ecoboost Challenge, and a couple of charity events where for a small donation you get to drive your car on a track like NASCAR's tracks in Charlotte, Martinsville, and Darlington. While these events are not competition, they are a lot of fun if you are interested in cars and learning more about other vehicles as well as what your car can do. Put another way, it's the only way I've legally driven my FIAT over 100mph!


Another interest of mine has been following Formula 1 racing very closely, and Indy, NASCAR and other types of motor racing a little bit too. This coming weekend will be the F1 race in Singapore, so we'll see if the Mercedes winning streak continues, or if my favorite team that rhymes with Ferrari can win again.

Back on the topic of autocross, with the small number of competitors in my class, I just want to be clear that when I get to say something like "FIAT TAKES FIRST PLACE" when there weren't any other competitors in the class, we're just having a bit of fun. On the other hand, if that fun somehow misleads the new Haas Formula 1 race team to hire us to drive in Formula 1 next year, that would be a good thing too! 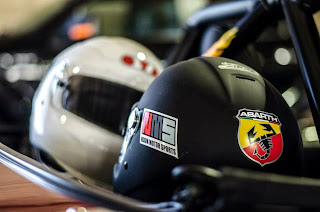 Realistically, I'm having fun just driving at these events and meeting other people with similar interests. In the bigger competition where we can compare our performance with all drivers in all classes, our goals are to be at least in the top half of all drivers, and ideally top 25-33% on a good day. We can't control how many other drivers show up at events, (or if they're any good), but over the course of a season in say 9 events with upwards of 200 competitors at a time, the overall placing relative to everyone else is one way to see how we're improving against other drivers.

Maybe some day we'll crank it up and visit the annual Nationals in Lincoln Nebraska and compete with the best drivers from the entire country too. 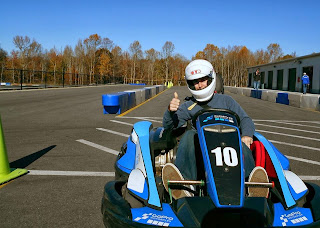