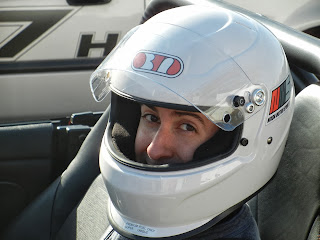 Today in a press conference at the Haas F1 team headquarters in Kannapolis North Carolina, team founder Gene Haas announced that one of their drivers for the 2016 Formula 1 season will be current Lotus team driver Romain Grosjean. Grosjean has several years of experience in F1, and has a total of 10 podiums, or top 3 race finishes in his 78 race career. For a brand new US based F1 team to sign a talented driver like Romain is a great step forward as the Haas team seeks to be competitive on track next year, and not settle for being the last place two cars on the grid.

While the identity of the Haas team second driver has not yet been confirmed, the Nixon Motor Sports team was not available for comment on the availability of their autocross drivers for moving up to Formula 1. Odds-makers in Las Vegas put the odds at what was quoted as "infinity to one" that either NMS driver would be driving in F1 "any time in the next millennium, or EVER" to quote an anonymous source.

Full details of the Haas F1 team can be found on their official website: HAAS F1 TEAM LINK
Posted by robert.a.nixon6@gmail.com at 4:19 PM