First up we started with the shifter that needed some new bushings and boots to keep the heat and dirt out of the cabin and smooth out the shift action. 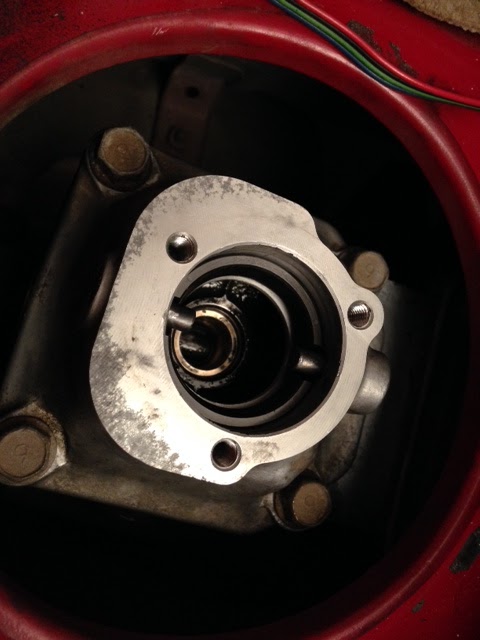 The old rubber boots were completely shot and ripped and were heating up the cabin pretty bad.  The first job is to remove the center console again, remove the old boots and pull out the shifter. 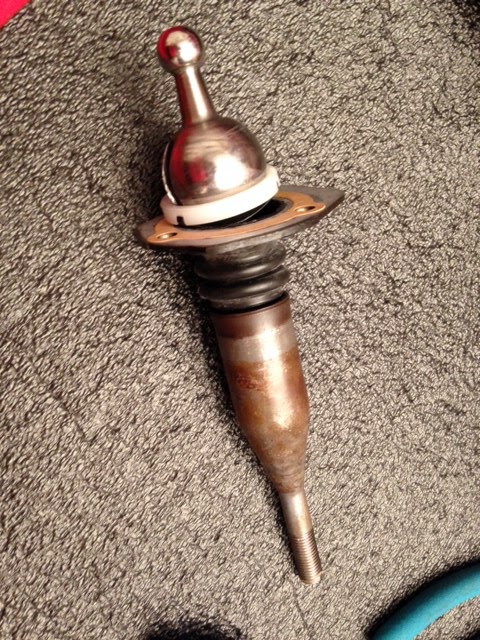 Old dirty fluid was removed and everything cleaned up.  New bushings installed and new clean fluid added. The top leather boot was even replaced to top it all off. Finally the car had that good, mechanical shifting feel. 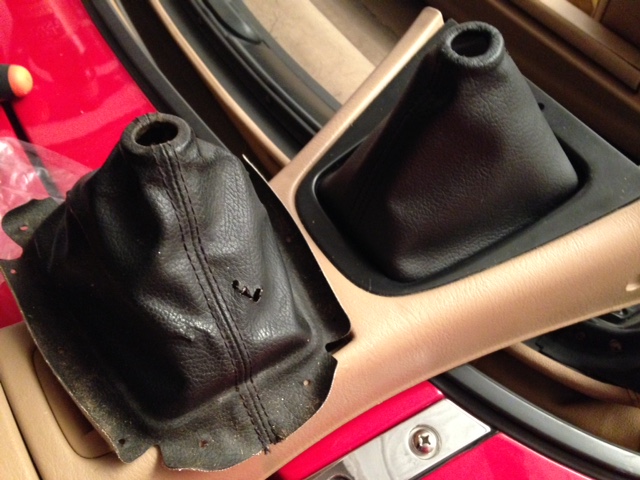 Now the brakes.  All around the car wasn't stopping as quickly as I'd like and the brake pedal felt a little too soft. The rotors looked a little warped and the pads were squeaking so we opted to replace everything and do a bleed of the fluid to make sure there weren't any air bubbles trapped in the line contributing to the issue. 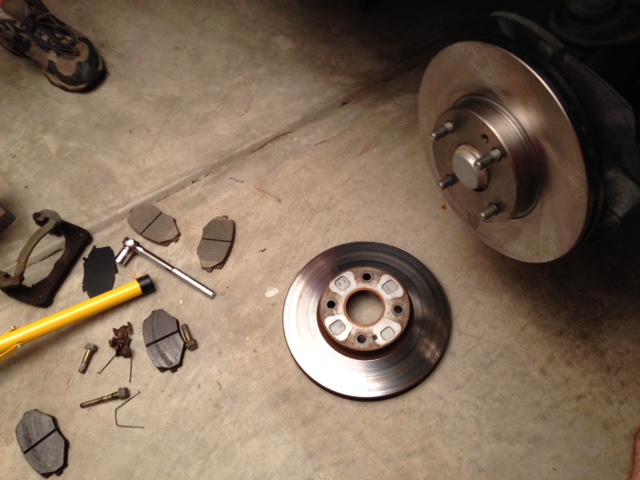 The front rotors came off easily and were replaced with shiny new ones.  The pads also were swapped out easily.  The right rear rotor and pads followed suit but the driver side rear refused to come free.  With the help from both Kyles and other autocrosser, Philip joining in the fight we still struggled to get it free.  Even after a late night run to pick up a propane torch to heat the stuck area of the caliper and repeated blows from a big ol' hammer, nothing budged. 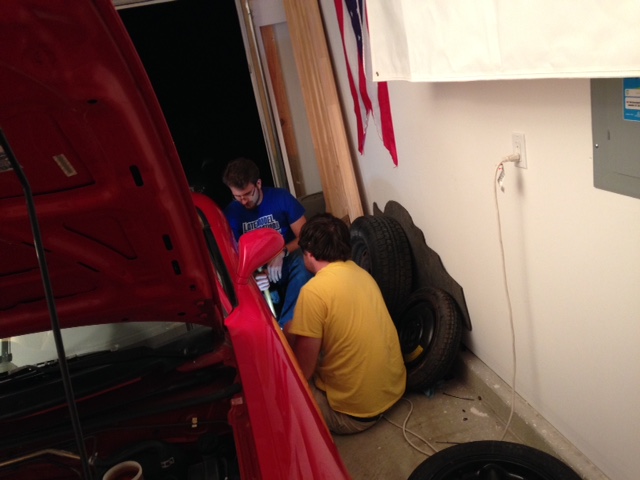 By 1am we called it a night, gave up hope for it, and re-assembled the rear brakes both with all of the old hardware to keep things consistent. A new caliper and bracket will be procured in the coming weeks so we can fully rebuild the back half of the car, but for the time being, it would do the trick. 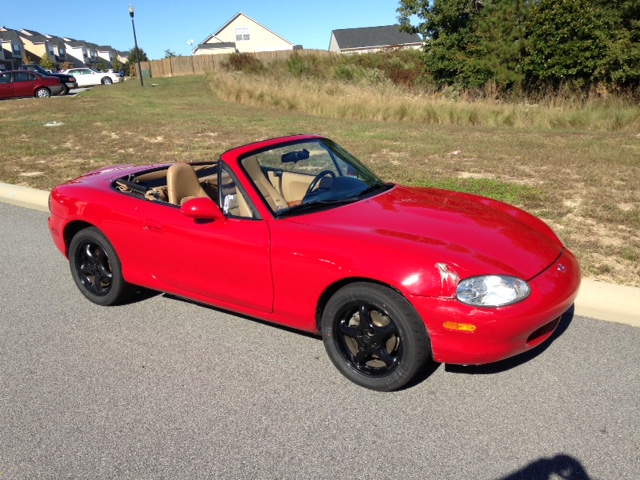 The car was put back together and we took it out to bed in the brakes just in time to finish cleanup and send everyone home around 2 am.  It took help from everyone just to get the car in shape to roll out at 5am for Darlington. 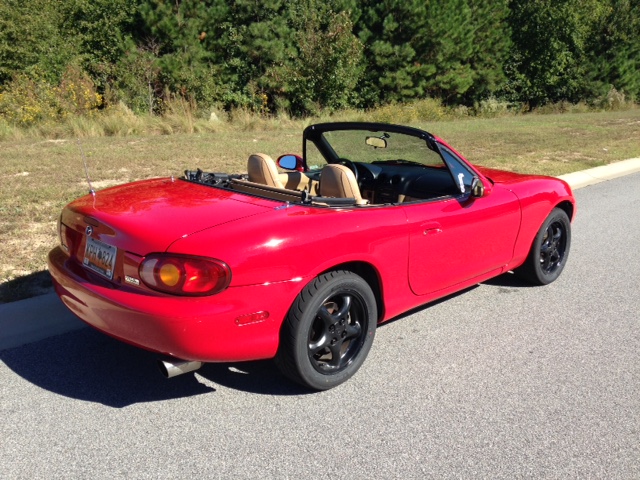 Running on less than 3 hours of sleep, I still managed to get to the race track and help set up on time.  We had six runs each but I still couldn't manage to get a single one in without hitting at least one cone.  It was a really unfortunate day since I consistently ran faster than the 3 other Miata drivers.  In the end I was 2nd place (even with a 2 second cone penalty on my fastest run!), and more importantly was extremely happy with how the car performed and felt. 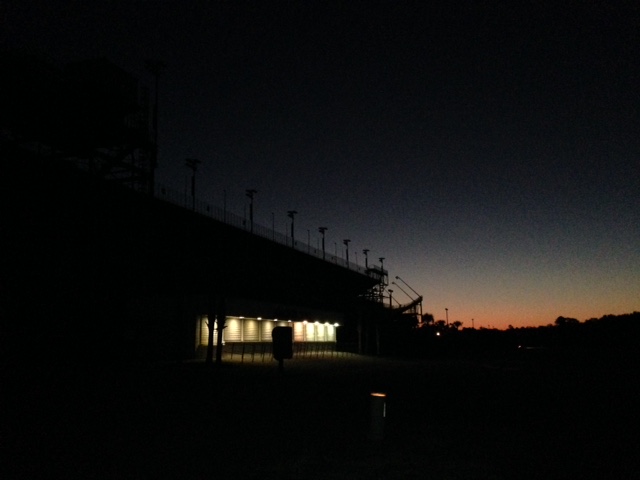 The shifter or transmission sounds a little funky going into 1st after a few runs, but I'll keep troubleshooting it this week to see if it can be smoothed out.  Everything is still running strong and I'm really looking forward to the next event and getting that new vinyl top installed.  It's even looking pretty good after a good wash and wax.