Over the 4th of July weekend we headed north to visit the Saratoga Automotive Museum. First of all, it's a museum. Secondly, it's a museum in Saratoga. Also, they have automobiles on exhibit in the museum in Saratoga, and here's a look at some of them! The museum is housed in what was the Bottling Plant for the mineral water for the Saratoga Spa. The theme of one exhibit was cars and auto racing in NY titled East of Detroit. Later this week I'll  feature the cars from one collector in another special exhibit that is now open. 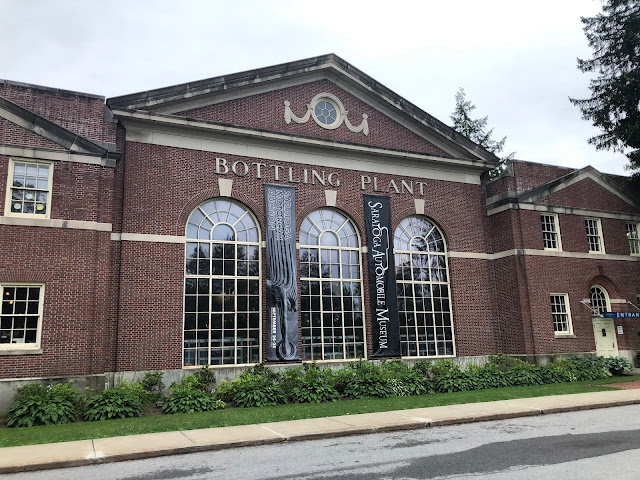 Helmet below is from Mario Andretti. If you don't know who he is...ah just kidding, everyone knows Mario! His advice to racecar drivers remains true: "If everything seems under control, you're not going fast enough!" 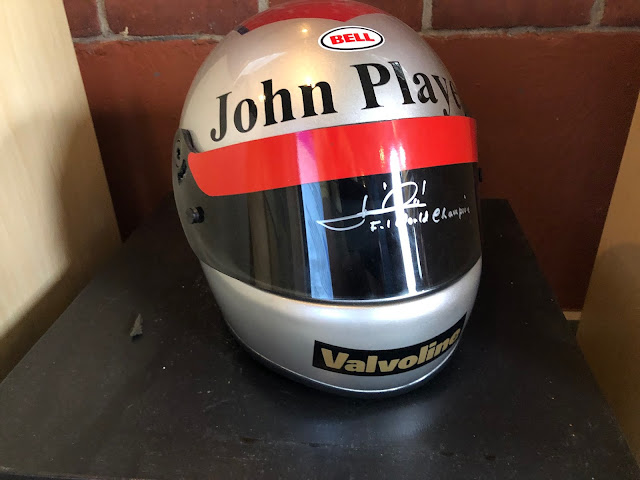 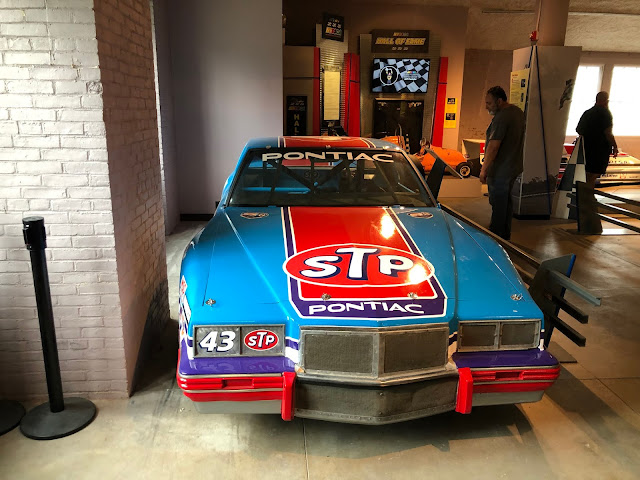 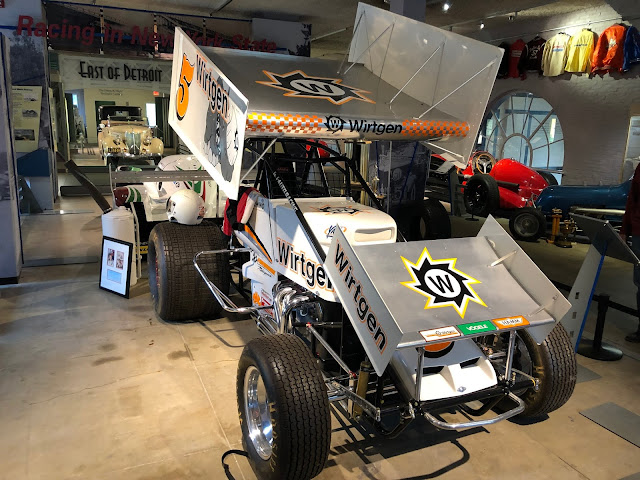 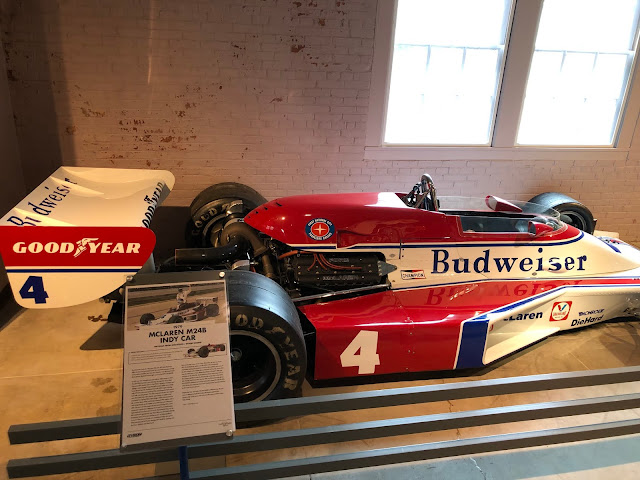 1974 McLaren M16 Indy Car, David Hobbs driver. I got to meet David a few years ago at an auto event at the Simeone Museum in Philadelphia, so I can recommend his book. This particular car with Hobbs at the wheel placed 5th at Indy in 74, and competed for 5 years in Indy Car racing! 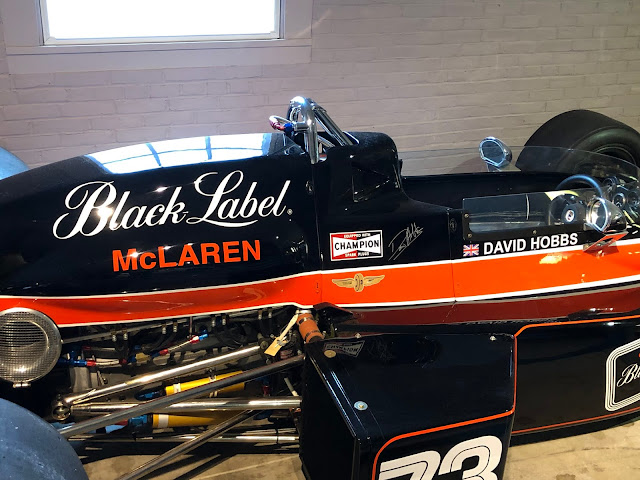 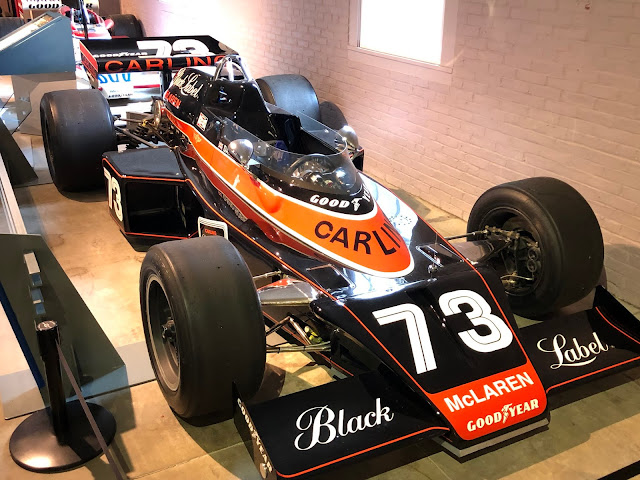 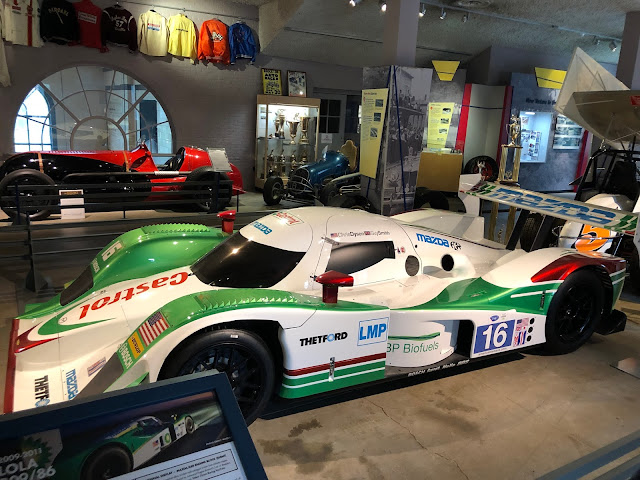 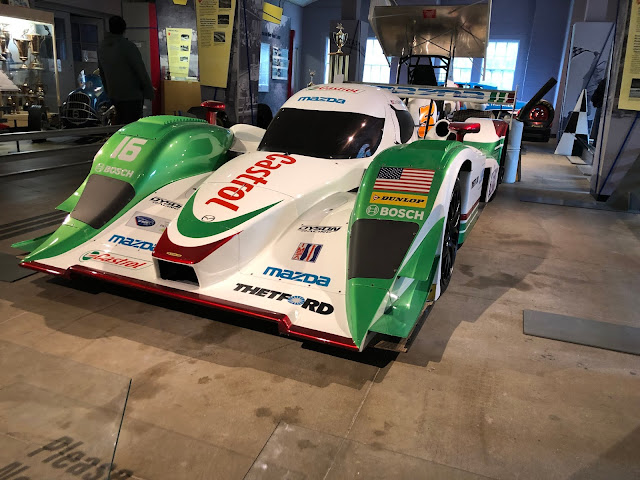 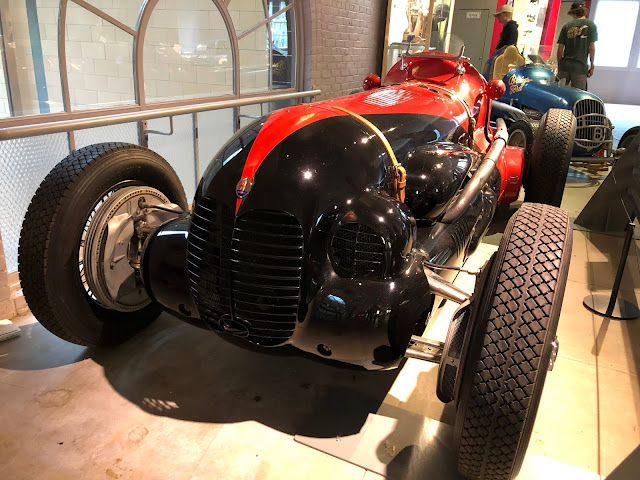 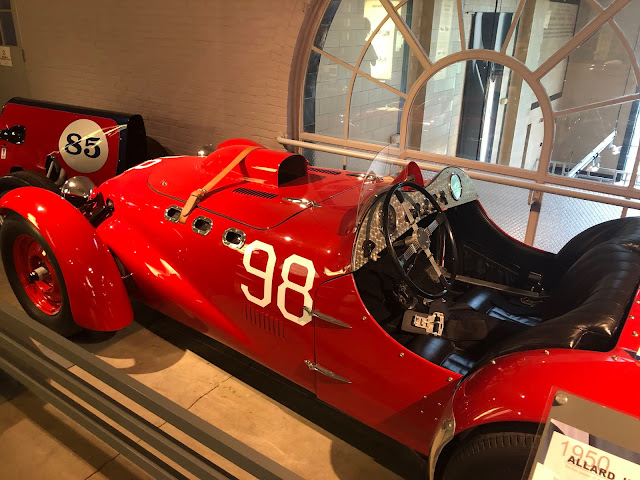 1936 Ford Phaeton. If you zoom in on those hubcaps you can see the V8 logo. 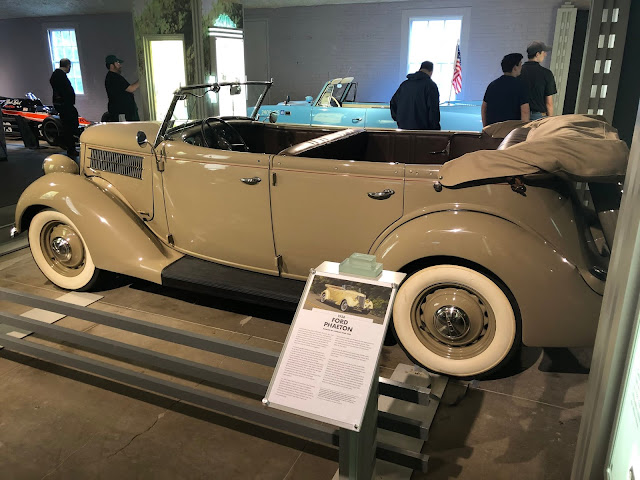 The next two photos are of the 1928 Franklin Airman Series 12 Sport Sedan that was owned by Charles Lindbergh. I've only seen a few Franklins, but they were doing a pretty good business, with their cars built in Syracuse NY. The Franklins were air cooled, and they donated this car to Lindbergh. In 1933 Lindbergh heard that Henry Ford was looking for a Franklin for his museum in Detroit, and Lindbergh donated this car. 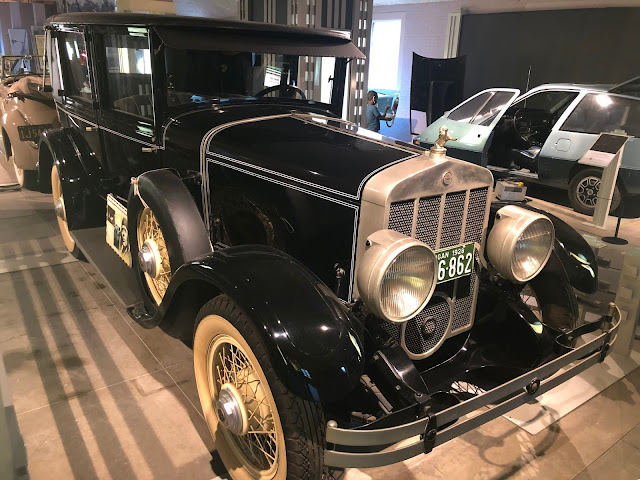 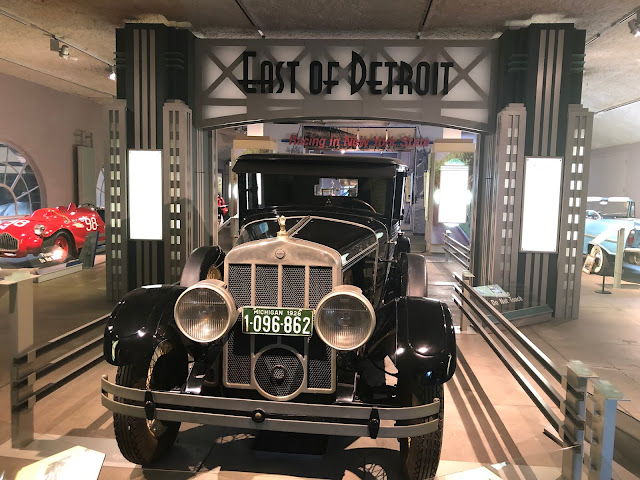