I have to confess that I'm an automobile fan, a museum fan, AND a fan of automobile museums. Recently I had the chance to visit the Packard Museum in Warren Ohio, just outside of Youngstown and not too far from Akron. Youngstown has at various times been the home to some serious car factories and steel mills, and Akron remains the home to Goodyear tires. Not far from Akron I also happened to drive by the home of Matco Tools too, so you just never know what you might find while traveling around.

Since this is a blog and not a book or an encyclopedia, I'll just recommend you read elsewhere for more details if you're interested in the history of the two Packard brothers, their automobile business, as well as their other business ventures that also involved electrical components and selling some of their business to a Mr. Thomas Edison. The Packards built cars for only a few years in Warren, before they also sold the business to some new owners who promptly moved the Packard car business to Detroit. 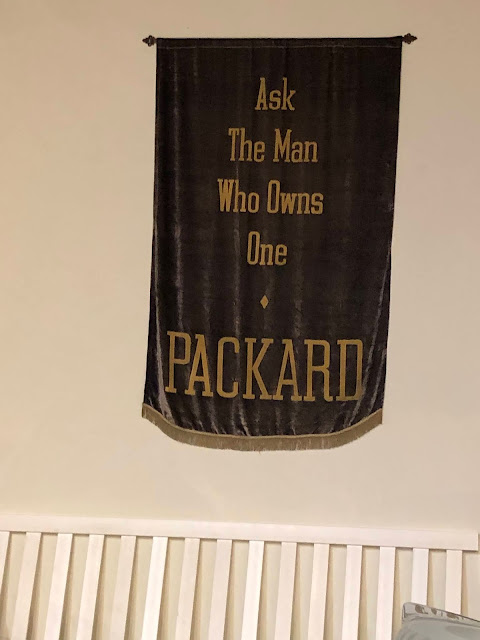 The museum showed some basic highlights of the Packard family business, highlighted by some great automobiles from the early days around 1900, to the later models built in Detroit into the 1950s. Let's take a look! 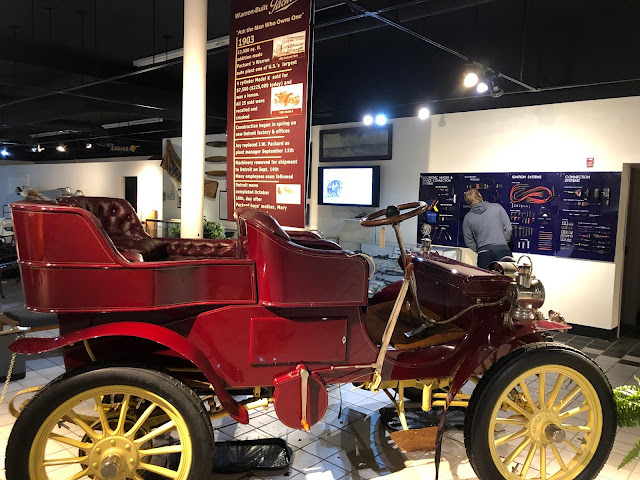 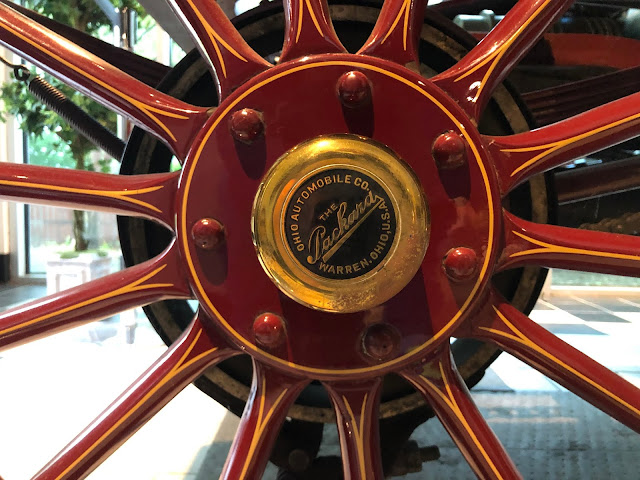 This next car had a lot of photos and literature to demonstrate that Packard was an elegant automobile, built to compete with the Rolls Royce models.  1937 Packard. 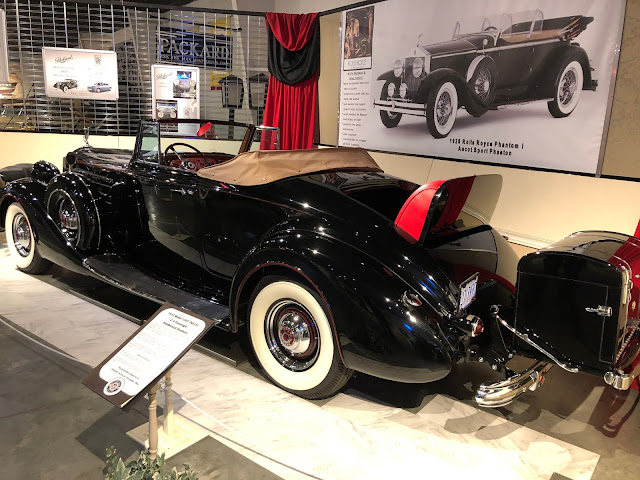 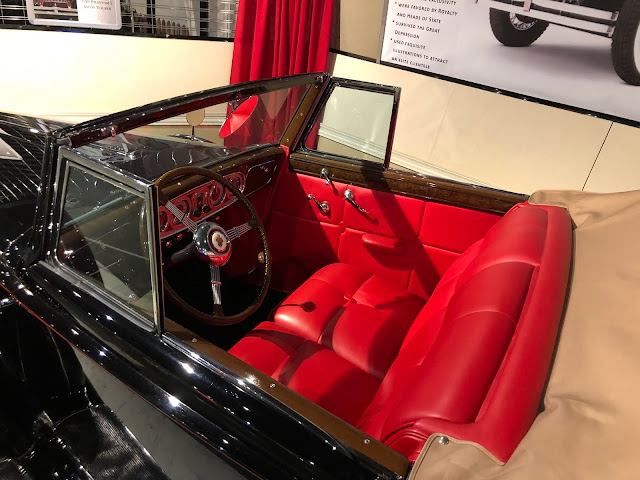 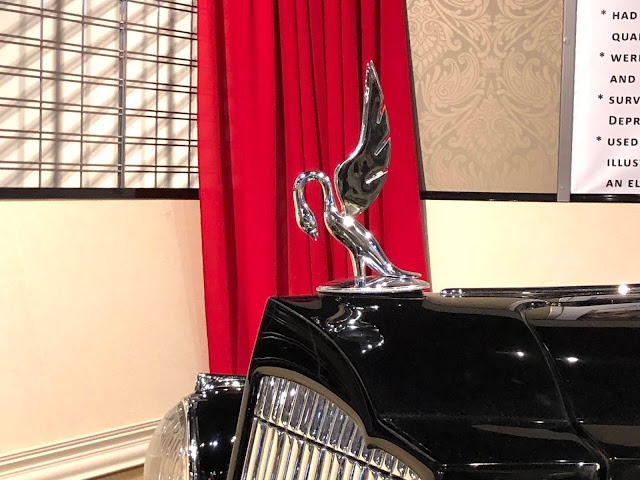 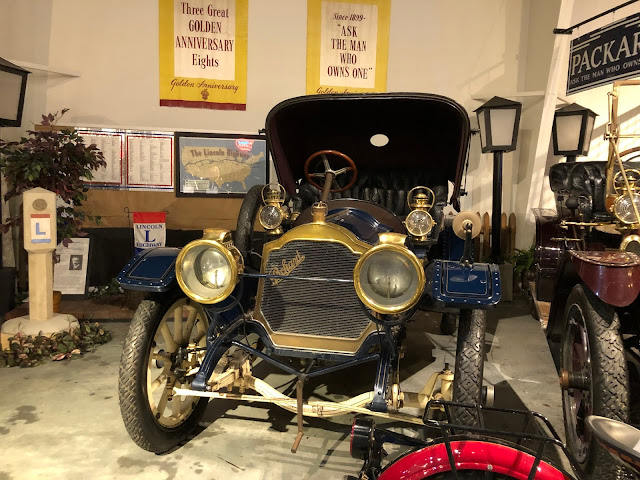 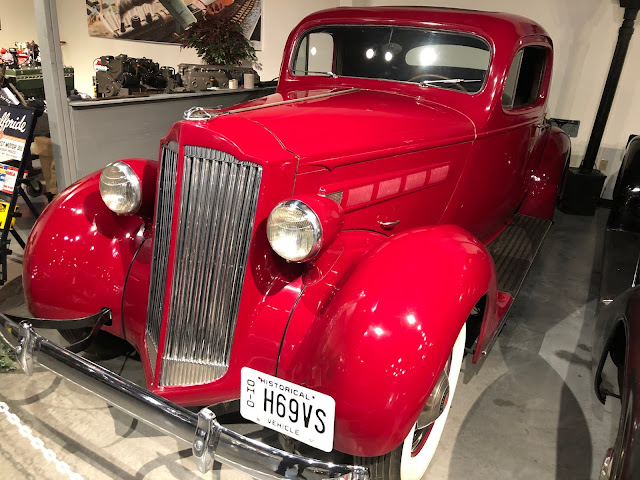 This blue Packard was modified to serve as an ambulance for the Air Force. 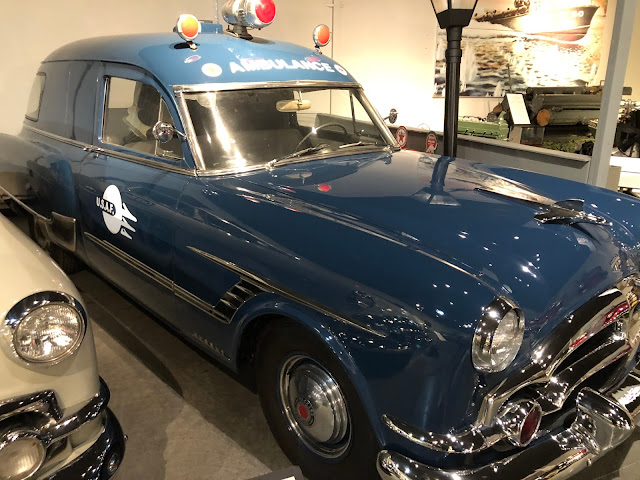 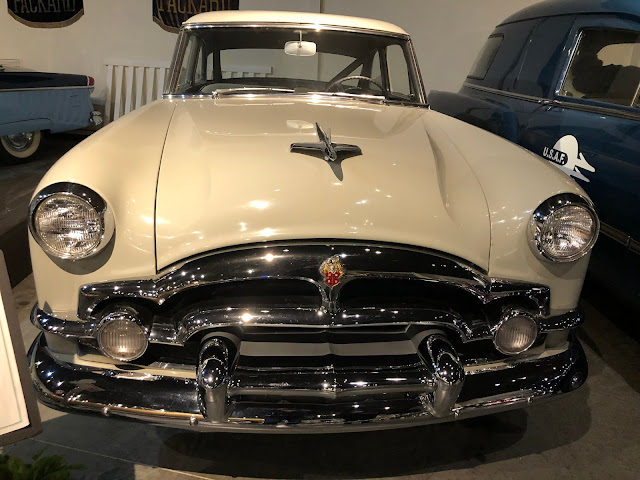 This next car in a nice gold color is a Packard Pan American. The triangular logo showing North and South America, with the script letters is just a unique touch! 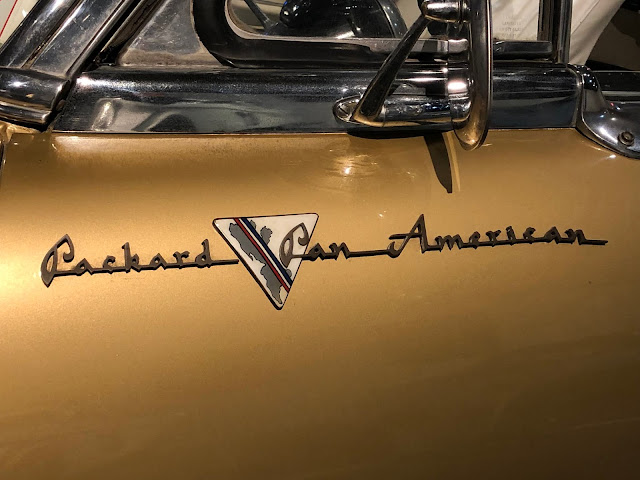 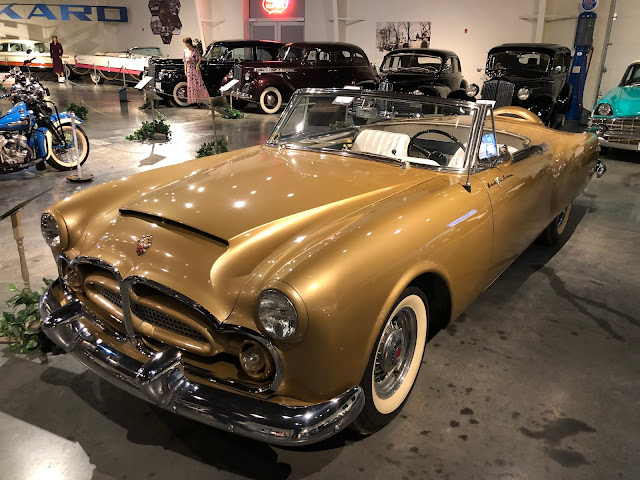 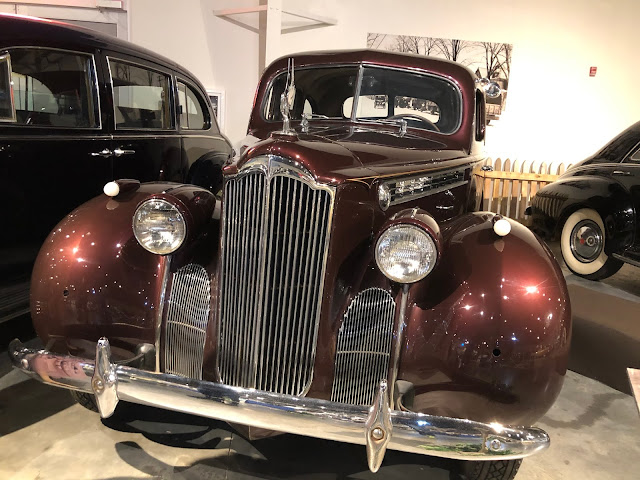 Next up, a 1955 Packard Caribbean, snazzy paint, and oh by the way, this one was purchased by Howard Hughes! You can read about it in the 2nd photo. 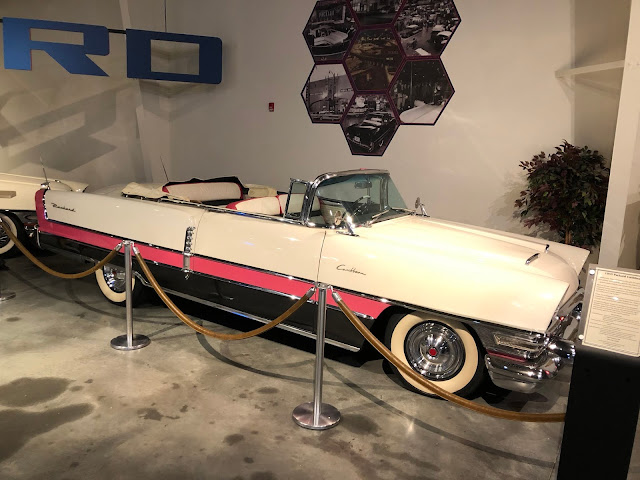 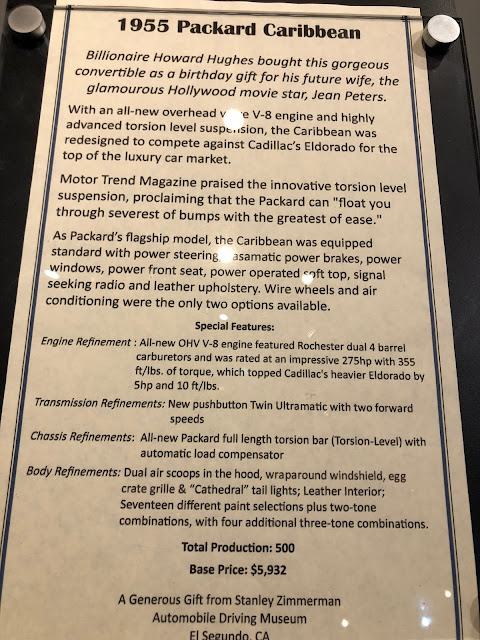 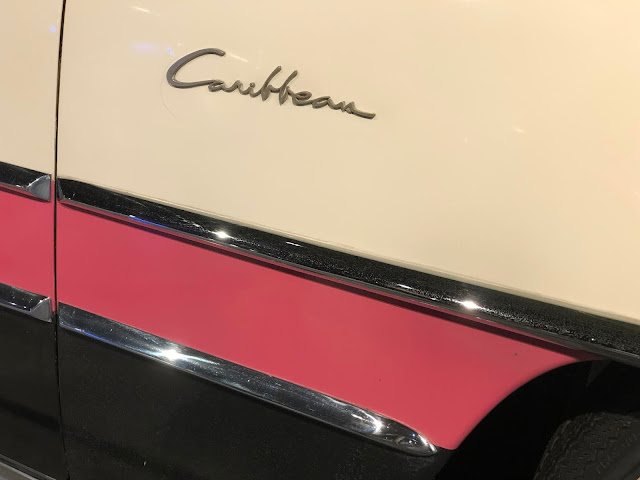