In the Pre-COVID era, the NMS crew and several friends met up at a place called Watkins Glen International in NY, and had a blast driving the track for 2 days with NASA Northeast. We're planning to do it again in October this year too. In addition, NMS North has signed up for a Porsche Club of America weekend at the Glen at the tail end of July and August 1. Yes, not one, not two, but a THREE DAY WEEKEND of driving at the Glen!

What makes this place special? Well, WGI is a really fun track to drive, has left AND right turns, and has elevation that goes BOTH up AND down! Besides that, the Formula 1 guys raced there in the past, and more recently the track has hosted NASCAR, INDY car, and other races today. It's kind of a big deal! 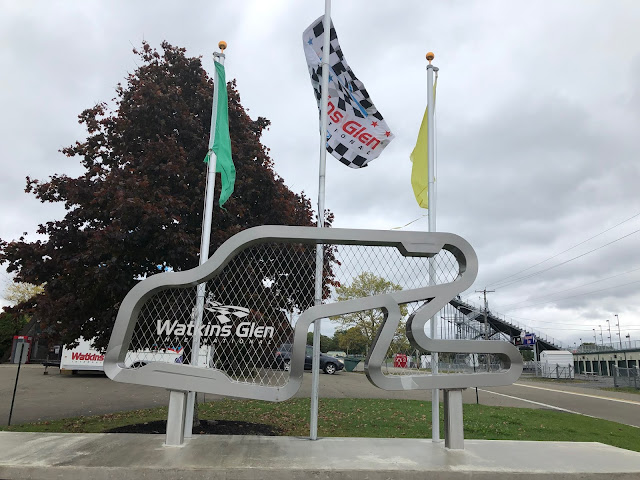 Speaking of BIG DEALS, we love big deals, like at the last autocross when I found a quarter of a dollar in the parking lot. I mean like a George Washington quarter, worth at least 25 cents in real money! Oh, and the really big deal is that as a new member to the PCA, the local region offers a half price event in your first year, so I've cashed in my voucher and will get 3 days of driving for the price of one and a half. My math isn't so great, but they assured me it was cheaper than normal!

There's still a month for more drivers to sign up, so for now let's take a look at the Yellow run group to see what cars I'll be on the track with at Watkins Glen.
Good news for me, it's not a race, so having the least amount of horsepower doesn't really matter. For each driver, the goal of DE is to improve their skills with personal coaching. Over three days in multiple sessions, over such a long track, I'm sure there's plenty of things I can do to improve! Along the way these faster cars will be passing me up, so that's part of my job, to be checking the rear view mirrors. By being aware of who is around you, and letting them pass in the appropriate place, everyone has a more fun and safer experience. In our group with instructors, I'm sure we'll only be passing in certain areas.

See you out on the racetrack! Remember, if you spell that word backwards, it's still "racetrack." No, wait, that's wrong, it's RACECAR backwards is RACECAR. See, I told you I wasn't good at math. Or English.