Most years (besides COVID like last year) the students at the US Merchant Marine Academy put on an auto show and invite the public on campus. This year the event was held just off campus (COVID) and featured some public cars, some of the students cars, and at least 3 cars that I'd never heard of before! Thanks to the Academy for another fun event, and I'm already looking forward to next year's auto show in May to be back on campus at Kings Point NY, right at Walter Chrsysler's old house.
I probably mention Mr. C's house every other blog or so, but it's just a neat part of history for those of us that work at the Academy. Anyway, car wise, the featured car this year was a custom made, ONE OF A KIND IN THE WORLD, 1937 Chrysler Imperial, body by LeBaron, custom built for Mrs. Chrsylser, 7 passenger limo! This is a straight 8 cylinder motor, with an aluminum body. This car appeared at the 2014 Pebble Beach Concours d'Elegance and was awarded first in Class for American Classic Closed. Here's the photos, and the first car of the day that I'd never heard of before. 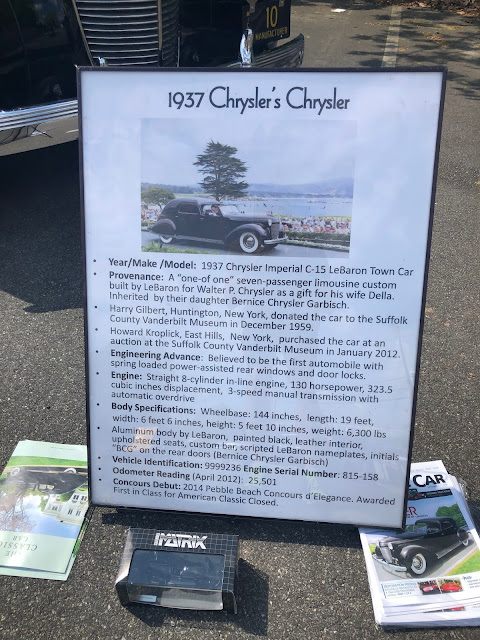 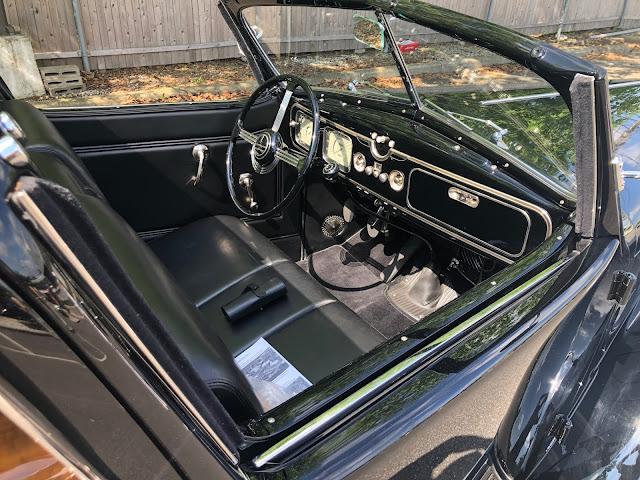 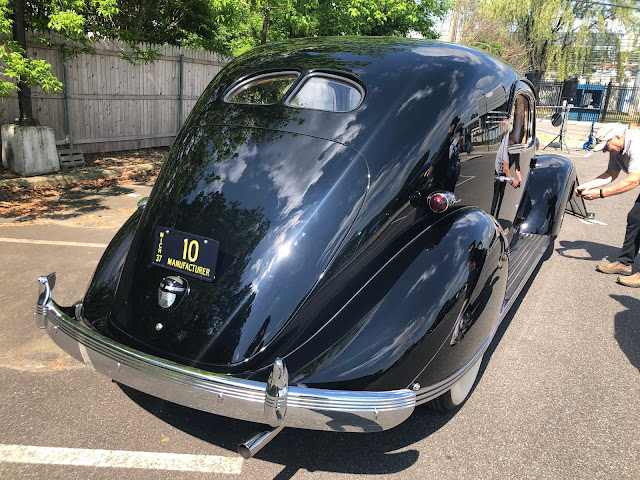 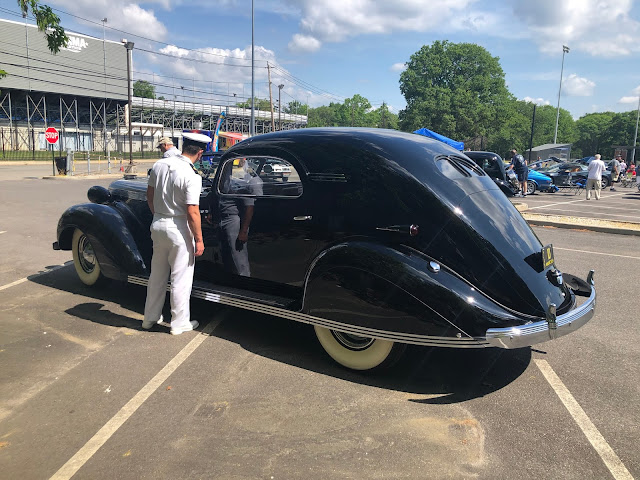 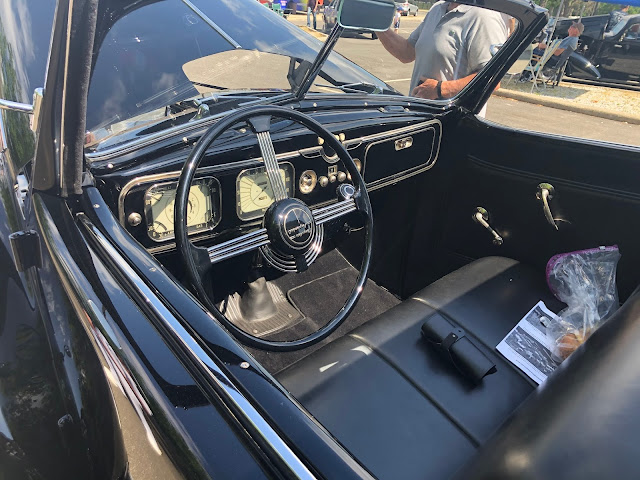 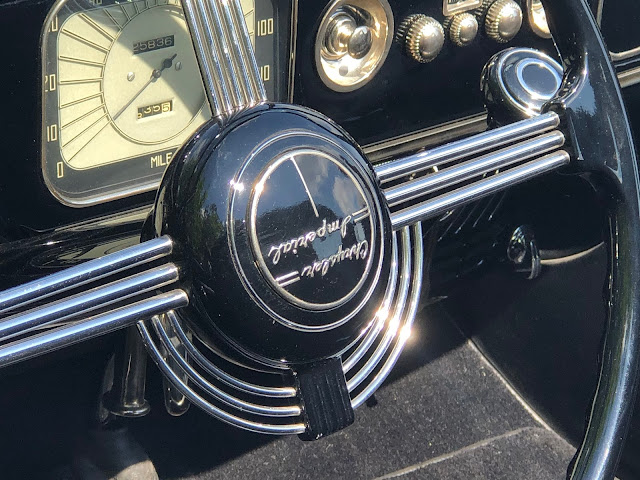 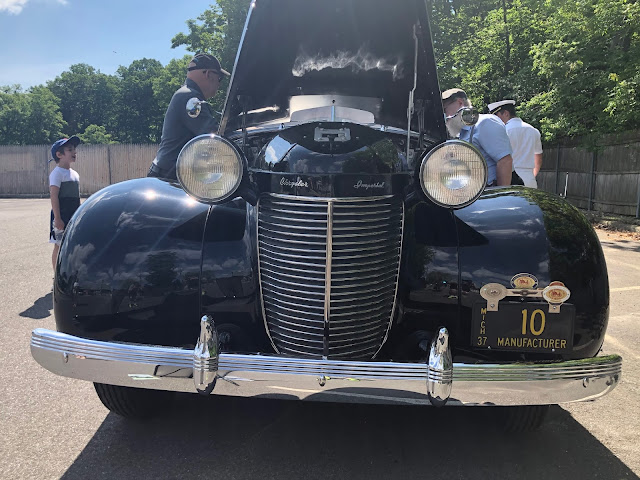 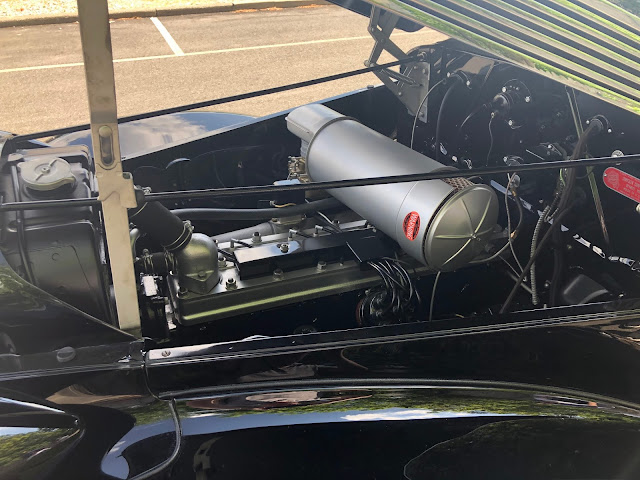 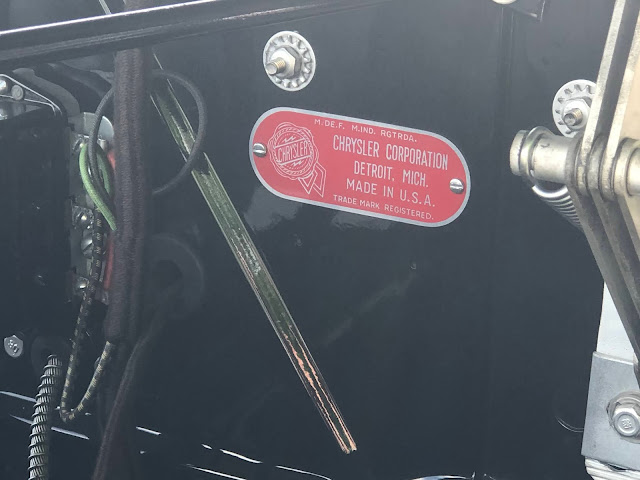 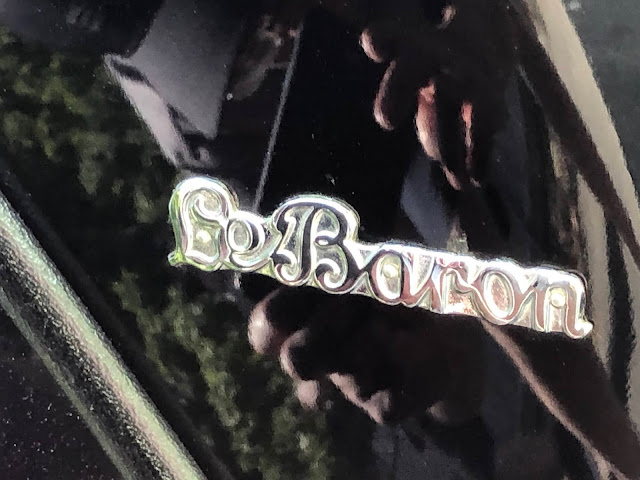 The Chrysler featured spring loaded windows, which roll down manually like a regular window, but that action compresses a spring inside the door, so by pushing a button the window will slide smoothly and quickly back to the up position. It was cool to see this function work!
Next up, a 1950 Oldsmobile  FUTURAMIC. I've heard of the Olds 88, Rocket 88, and even drove my grandfather's 1966 Dynamic 88, but I'm a bit too young to remember the name "Futuramic" which apparently came in 76, 88, and 98 models. I just enjoyed looking at the car, talking with the owner, and learning more about this model. Here's some photos: 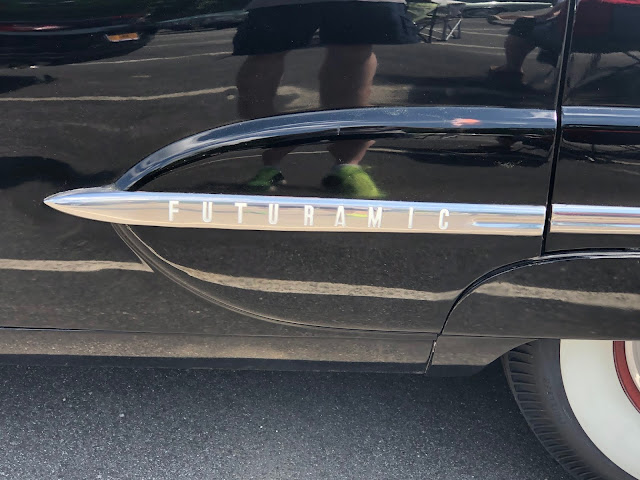 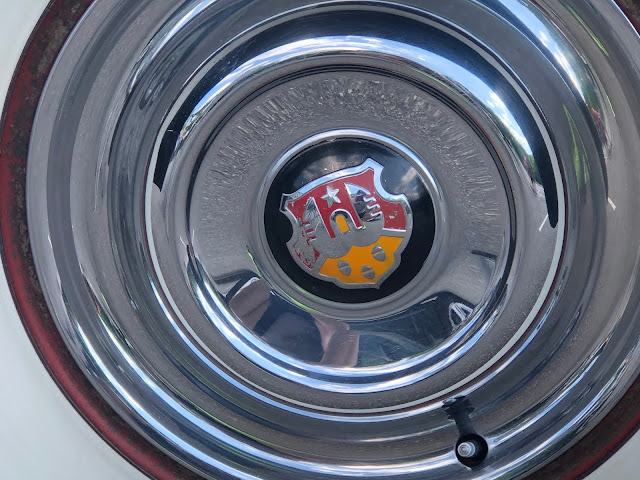 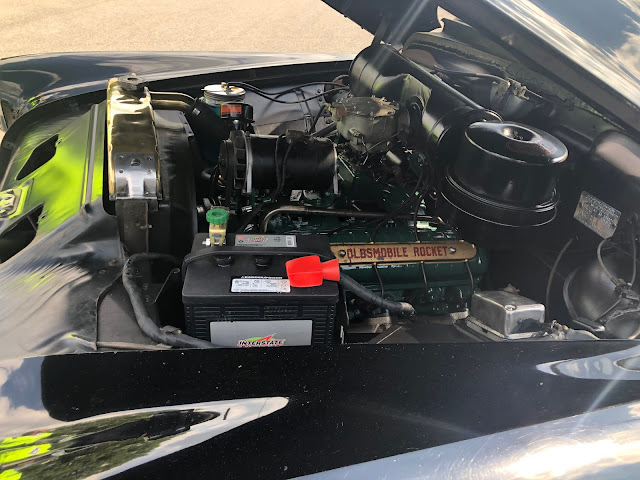 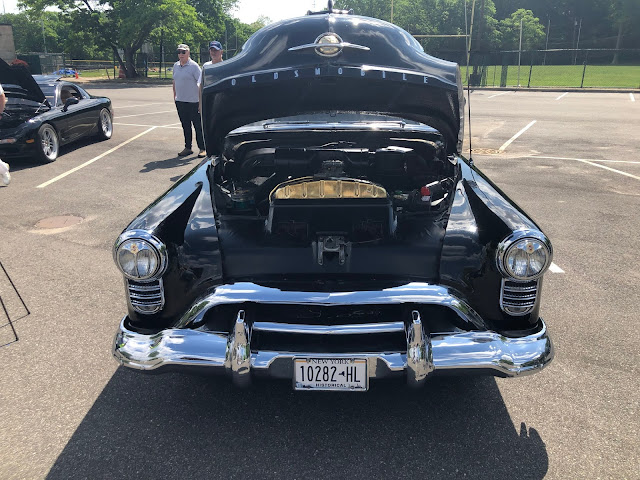 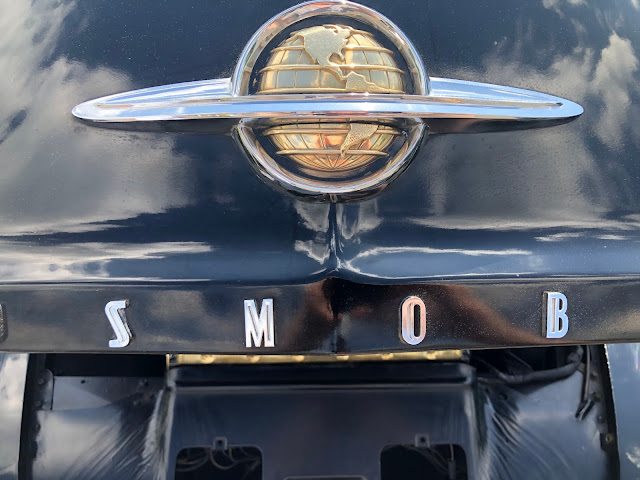 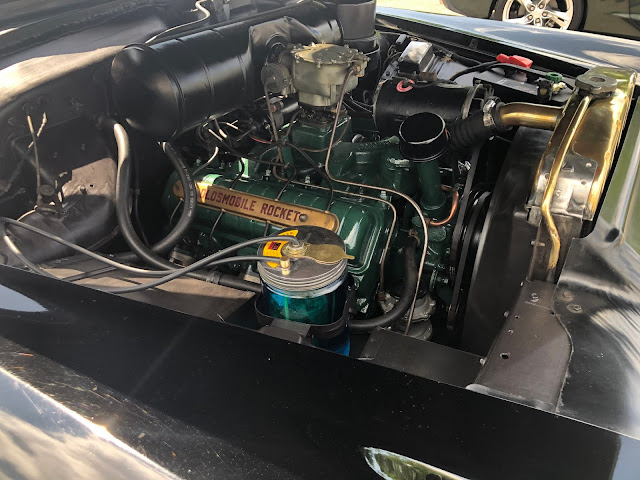 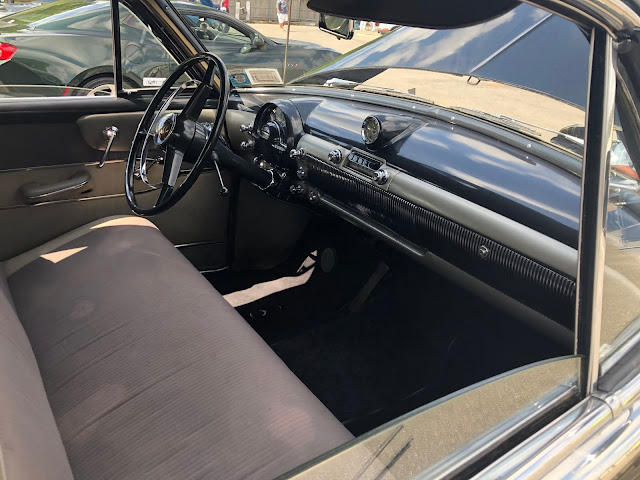 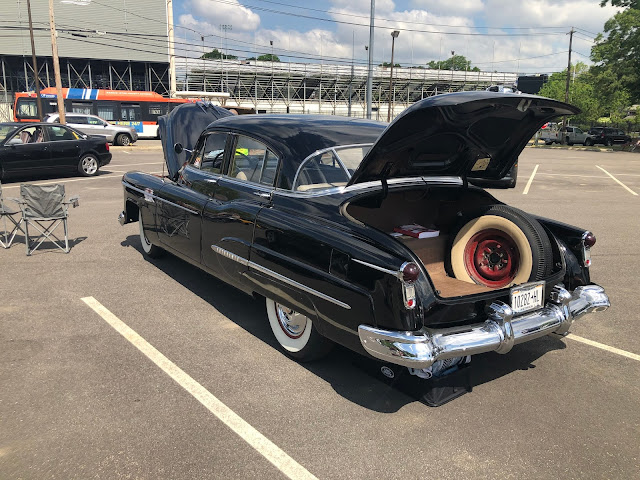 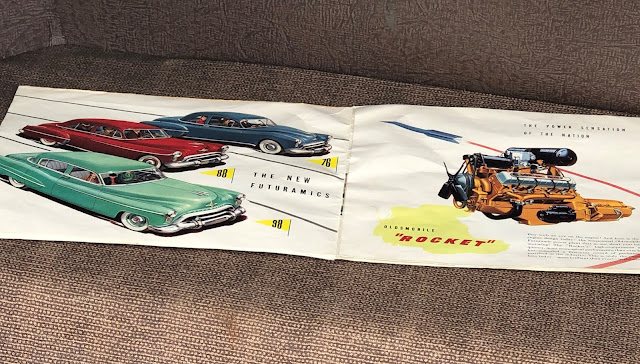 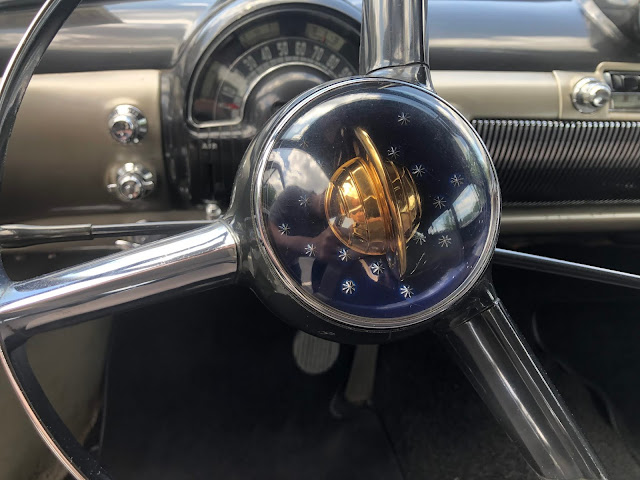 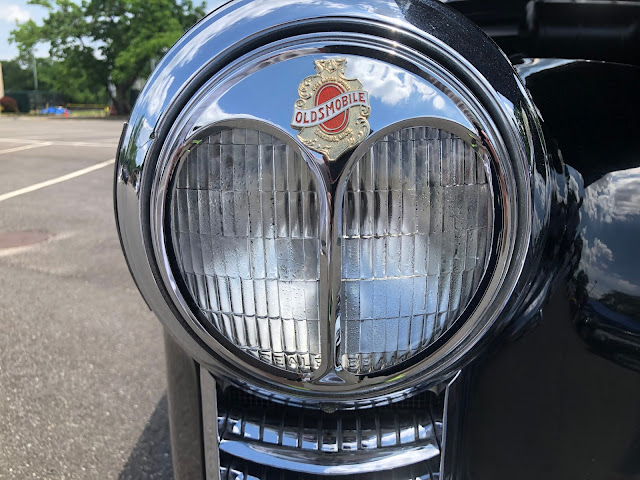 Following up from the 37 Chrysler and the 50 Oldsmobile, let's go way up to 1986 and the Pontiac Aerocoupe Grand Prix 2+2. Another car I missed at the time, they built 1225 of them, only in 1986, and was an effort to get ahead of Ford in NASCAR. The "Aero" part is the rear window tapered down to a smaller trunk, and a spoiler on the back. There was also a Chevrolet Aerocoupe Monte Carlo built over two years in larger numbers, so this Pontiac is more on the low production side. In addition, most of them were regular hard tops, but here we have one with a T top that made me think it was some kind of  Pontiac Firebird Trans Am! If none of this is ringing a bell, go hit the Internet and look for a photo of Richard Petty rocking one of these cars in his blue and red STP #43 and you'll get the picture! 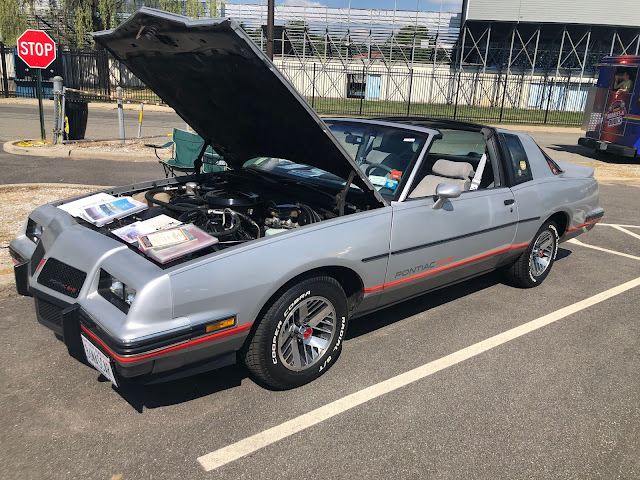 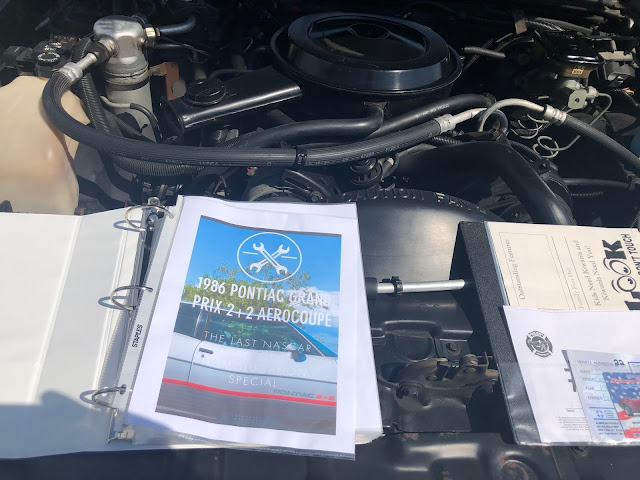 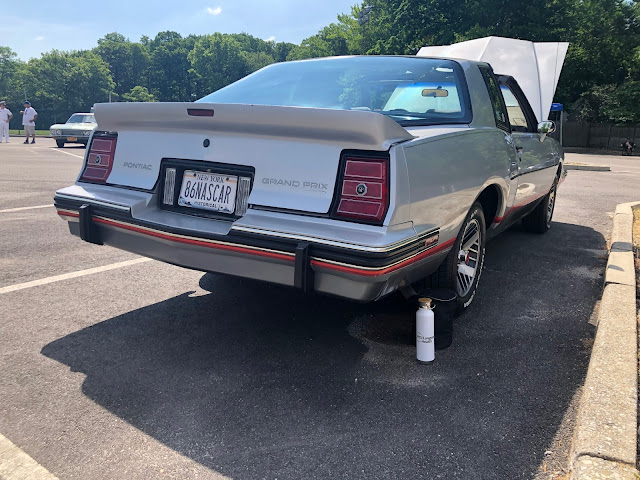 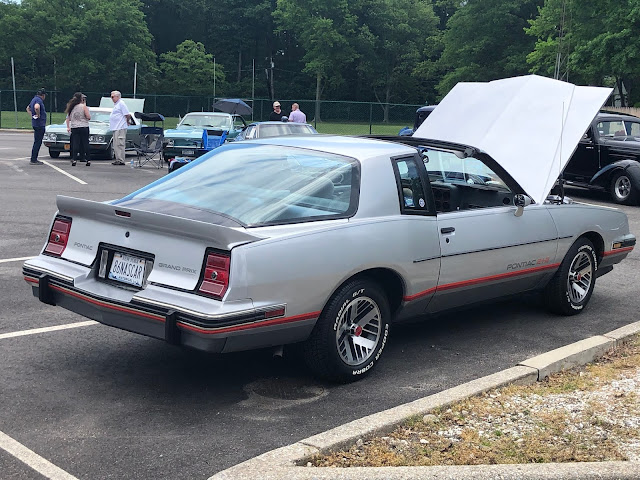