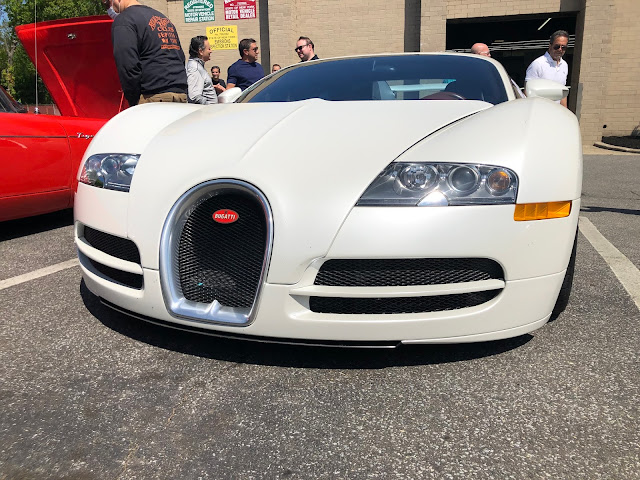 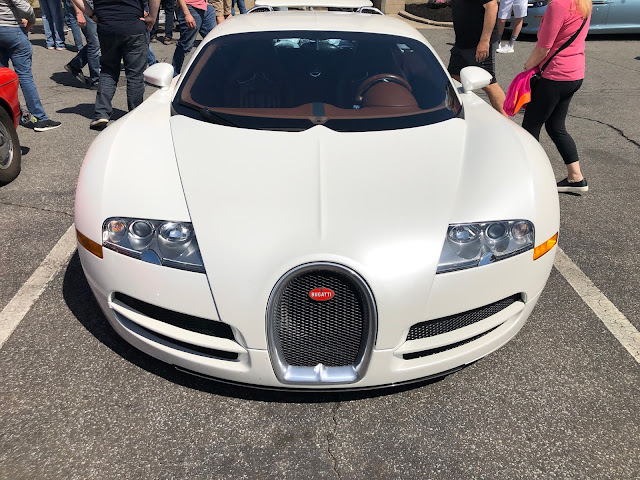 Next up, a Lamborghini. Sure, I've seen some Lamborghinis before, and even know a little about Mr. Lamborghini and how he got into making cars after building tractors. BUT, this is not a supercar sports car, it's the early version SUV/truck that they built way back in the 1980s. This is a 1987 Lamborghini LM002. They built just over 300 of these from 86-93, and it comes with a V12. Worried about using a lot of gas? No problem, it's got a 76 gallon fuel tank! 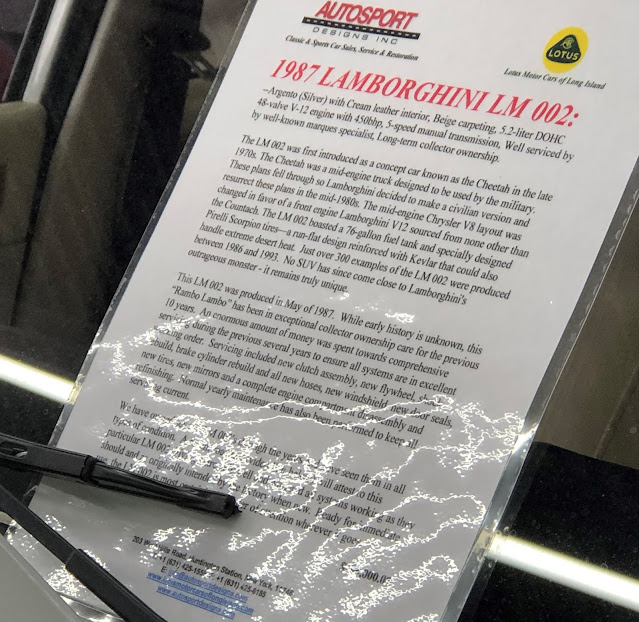 OK, the "Magnum" Ferrari, a real Bugatti, and the rare Lamborghini were all eye-popping and drool worthy vehicles, but this next one was my favorite. It is also a Lamborghini, but a little bit older, and not as super-car-200mph-ish as the modern Lambo cars. This, is a Lamborghini 400 GT 2+2. From reading about it on line, they built 224 of them from 1966-1968. As a GT or Gran Tourismo, it was made for cruising, so it has a trunk, and a v12 rated at 320HP. The 2+2 part means 2 seats up front, and 2 in the back. The body was by Touring in Milan, and this car is just as beautiful as it was designed to be functional.
Here's some photos of this car, what a great design, and color. 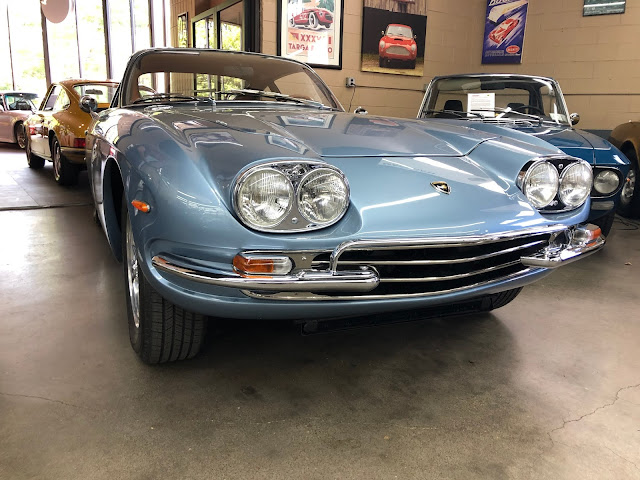 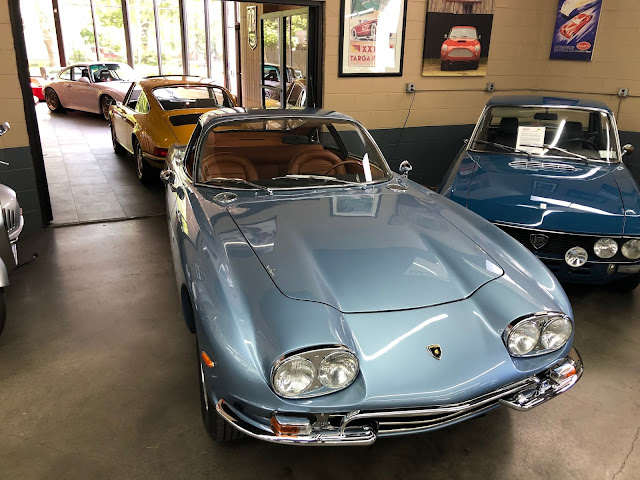 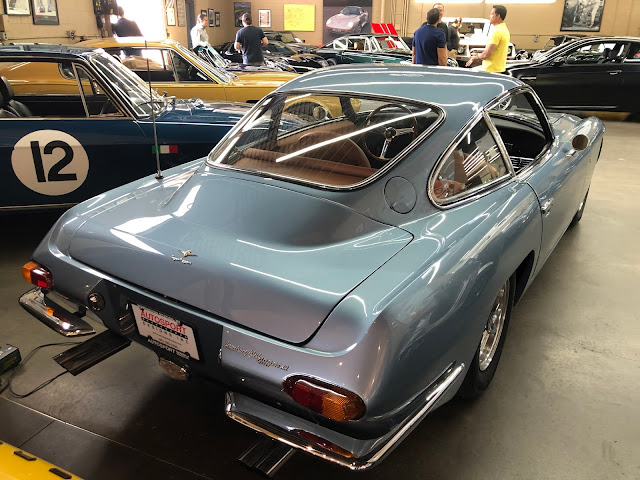