Post number 162 for this year is only a big deal because it means we've written one more so far than last year! This has been a busier year than the last few, so hopefully we've had more fun things to write about, take pictures of, and shoot video about too. We started the NMS blog in December 2013, so after ending that year with only 5 posts, 2014 bumped up to 143, and then last year added up to 161 posts. I guess all this blogging is just what happens when a couple of guys get together to try autocross, and then discover the Internet has been invented. 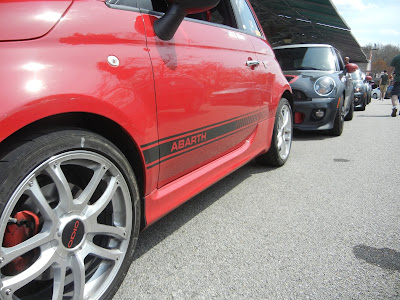 Since we're not a daily newspaper that ends up with about 365 editions a year, or a monthly magazine with 12 per year, well, I guess we're something else. We're not sure what that might be, but "something else" is probably a pretty good description. 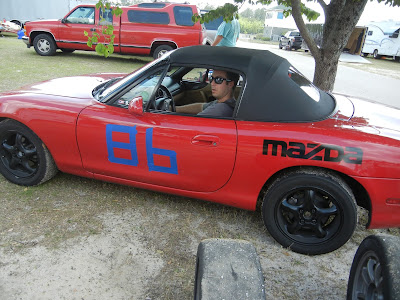 Just a few highlights this year include:

-Jason Rucker and Brian Nixon driving the NMS Miata all year and at the SCCA Nationals in Nebraska
-Michael Moore co-drove the NMS FIAT at several events
-Robert Nixon takes a 2nd G Street class win with the Tidewater Sports Car Club
-Lots of posts about updates and work done to the NMS Miata
-A couple of events where both Brian and Robert competed together
-More track events than in the past
-Brian and Jason also competed at SCCA national events in Georgia and Tennessee
-We gave rides to some autocross first timers at several events
-More events driven in the rain this year than previous years
-The South Carolina Region launched a new Rally Cross program, and they'll do more in 2017
-More tires worn out than in previous years
-Brian had a t-shirt design sold by our friends at Blipshift
-The abandoned auto auction 2000 Mustang story
-NMS cars driven in autocross this year again featured the 99 Miata, 13 FIAT Abarth, and the 15 Fiesta ST

Thanks for following along with the NMS blog at home, we'll be doing more of the same and some new surprises in 2017!