Anatomy of an Autocross 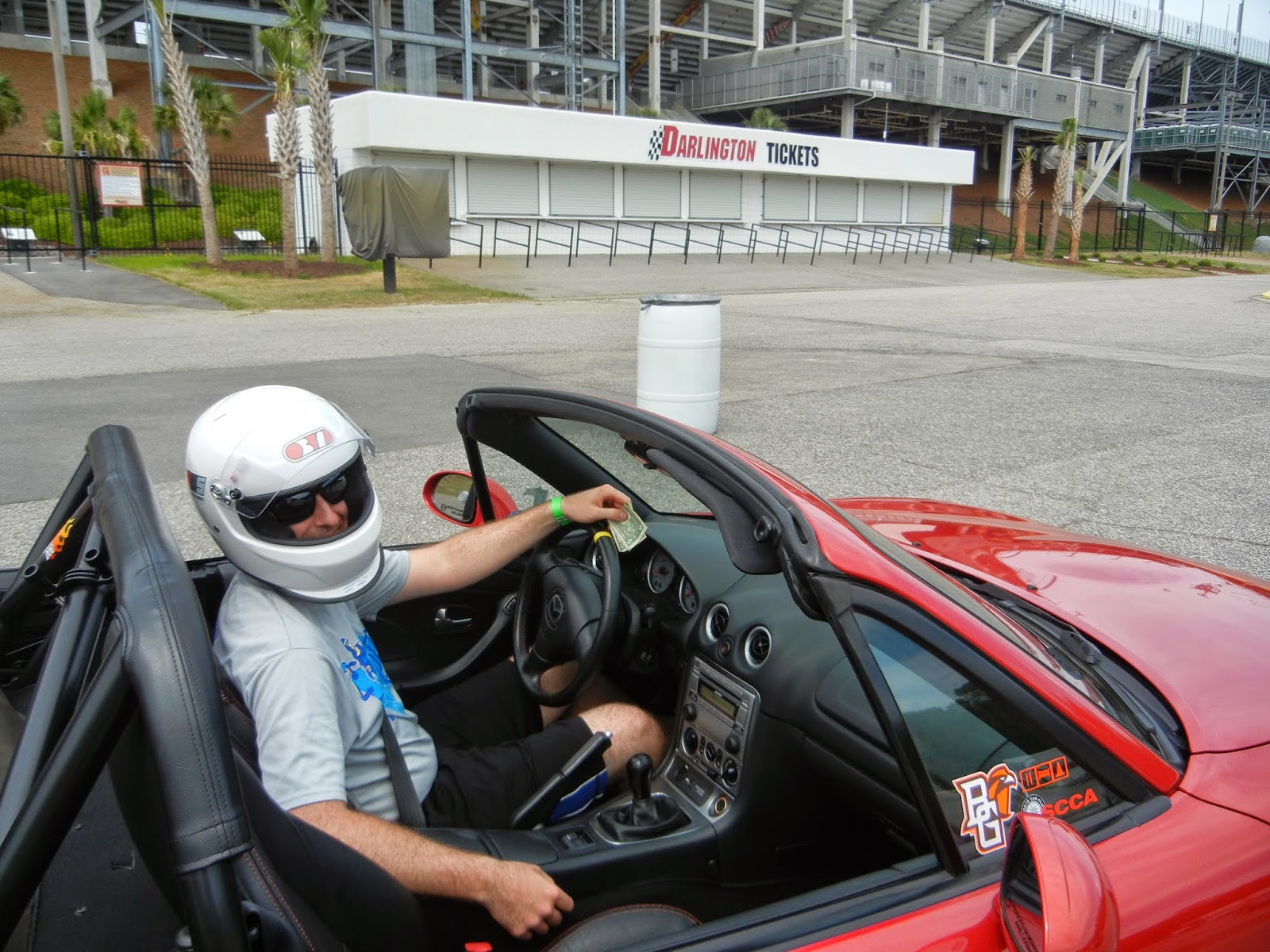 Let's just take a look at our last autocross results from May 10th at Darlington. Here's the run times from all six runs in the E Street, F Street, and G Street categories.  All drivers get the same number of runs, but only the fastest one counts.  Kind of like how I golf: it takes me over 100 strokes to play a round, but as long as ONE of them is good, then I'm a happy camper and want to go back and do it all again!

Getting faster thru progressive drives always makes my day, since besides the times getting faster it shows that the driver is maintaining or increasing the concentration needed to keep going fast. In other words, I think if I learn from each run on where I can pick up speed, and pay attention, then I'm way more likely to keep going faster the more I drive the same course.

One other note on Brian's 3rd place is that since his class had 7 drivers, then the top three take a trophy, so it's always good to be up there near the top, whether it's in Victory Lane at the Indy500 or on the podium at Monaco in Formula 1.  Or in this case, in the top three!

I included the one driver in F Street, just so you could see his best time compared to the faster ES cars and the slower GS cars.

OK, down in G Street, Robert ends up in 2nd place, and without complaining I will point out that I was the very first driver on the course in the morning, so if I WAS going to use any excuses for a DNF right off the bat, I'd point out that the course was still a little slippery from sand and debris that would later get pushed out of the way by hundreds of runs.  Anyway...first two runs not so good with a DNF and hitting two cones (+2) on run two, so run three was clean at 42.513.  Well off of Brian's pace in the Miata, and about a second behind the Focus in my class. After that I kept dropping time and ended with a best time of 40.743, so depending on what you compare that with it's either slow, OK, or not bad!  For GS on this day it was good for 2nd out of 4 drivers, but two full seconds out of first, so not so good. On the other hand, two full seconds ahead of 3rd place, but also about 1.3 behind Brian, so he's beaten me again!  My time was faster than the one FS car, and a few of the ES cars also, so maybe overall not too bad. For me, mostly I felt good to improve even in the last run!
Posted by robert.a.nixon6@gmail.com at 7:57 PM