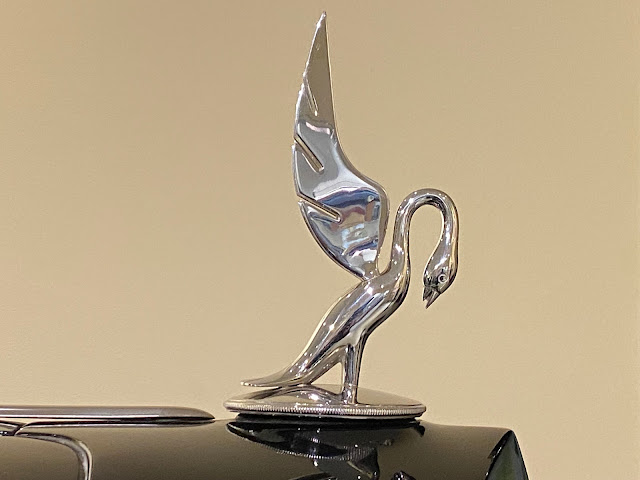 Over the holidays we were travelling in PA, and after seeing some of Gettysburg, well, we modernized things a bit and headed to the AACA Museum in Hershey. AACA is the Antique Automobile Club of America, and you can find the museum website at: AACA MUSEUM

I really enjoyed the museum, so if you're near Hershey, there's more to do than eat chocolate and go to the amusement park! Here's some cool cars you may not see every day!
First up, a display of three Packards and some related items you might find at a Packard dealership. Their hood ornament is a classic! 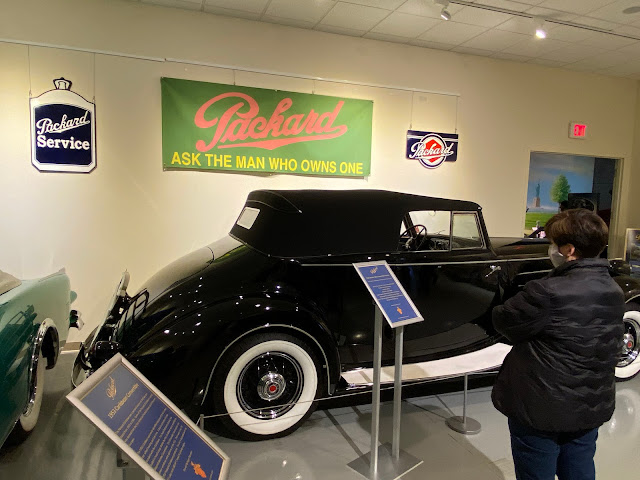 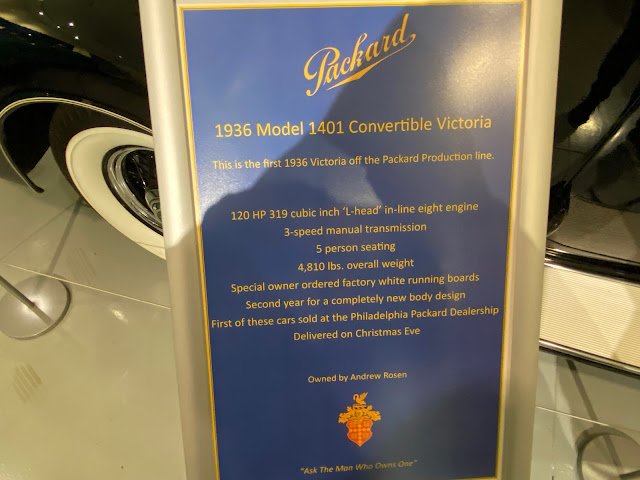 Believe it or not I saw a DeLorean on a trailer the day before, cruising through South Carolina, but it was still cool to spot these two DeLoreans in the museum. The one on the left was a 1981 production model, and the one on the right with the gull wing doors open is a 1976 prototype. From reading about these two cars I was reminded that they are rear-engine cars, although John DeLorean had planned on them being mid engine. 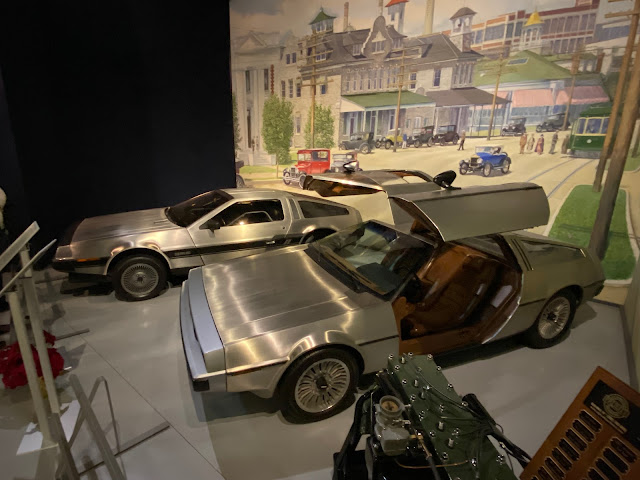 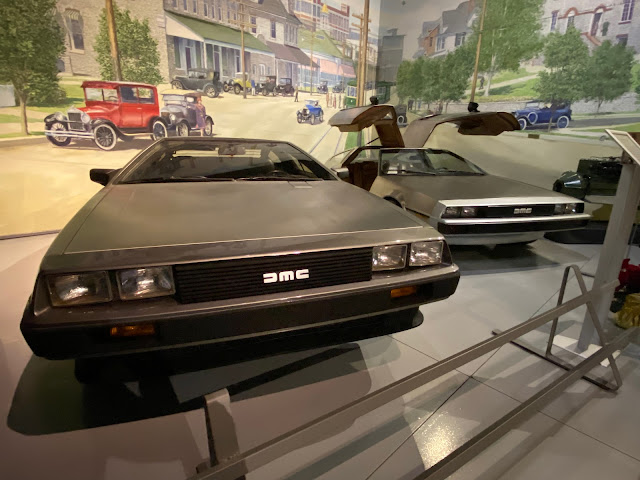 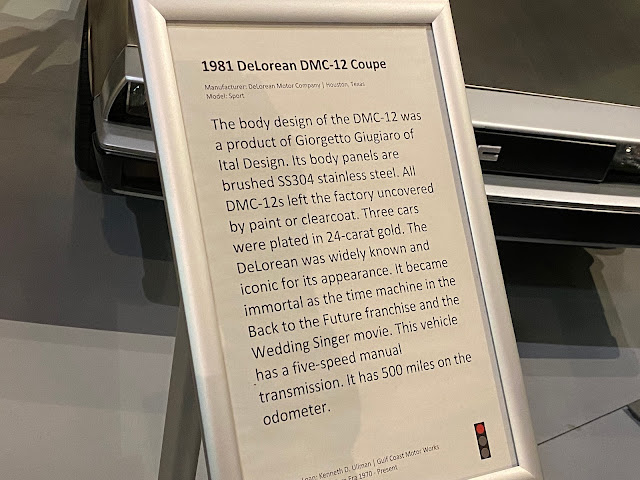 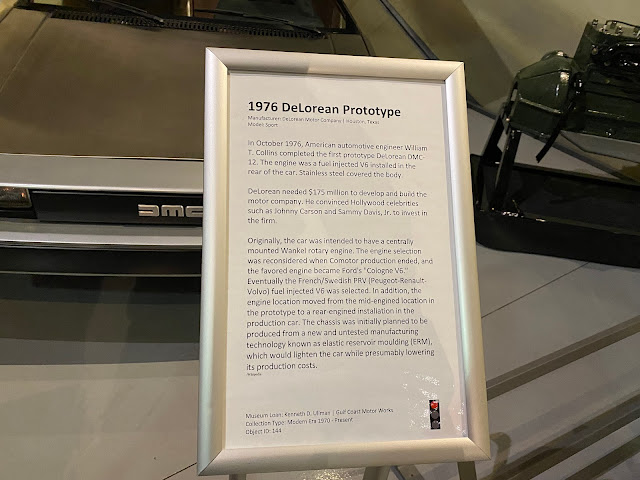 Even I'm not as old as this next car, a huge finned monster of a 1957 Chrysler New Yorker. The size of these older cars is still amazing, and I promise that coming up will be some late 50s Cadillacs, just in case these fins aren't big enough for you! Julie pointed out that the CHRYSLER lettering on the front of the car is also concave sculpted, if you can tell in the photo. 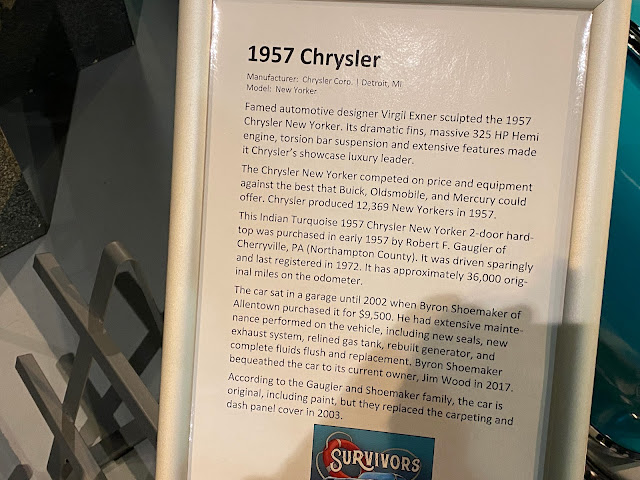 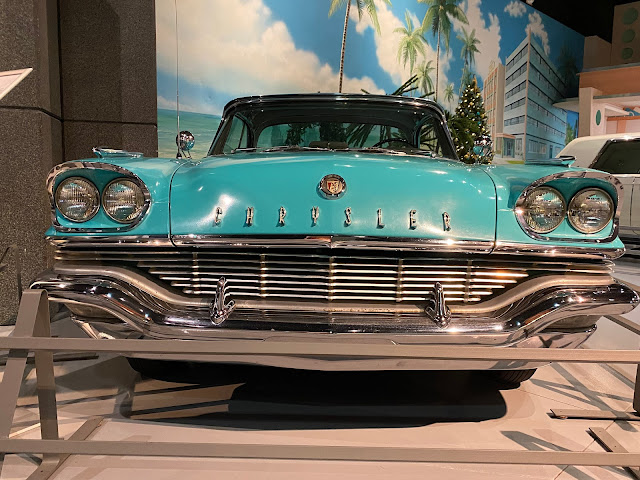 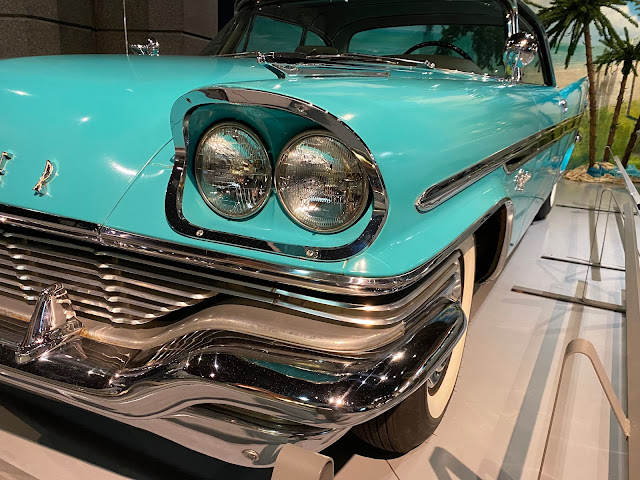 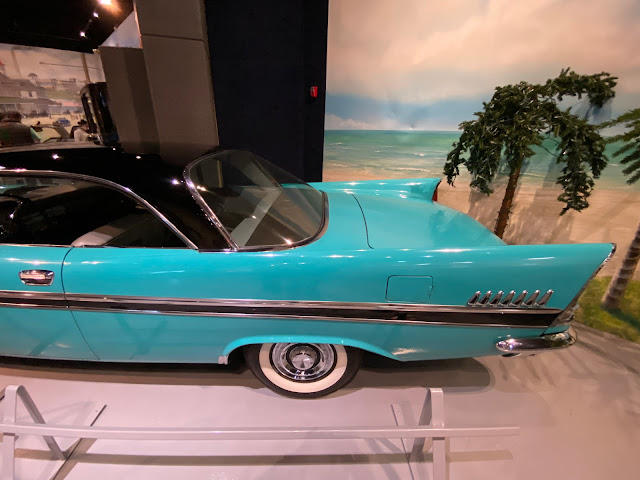 As a car fan, one of my goals is to some day own a car that was built the year I was born. Without giving anything away, well, this 58 Buick is now one my options. Before there were SUVs, there were mini-vans, and of course before that, there was the station wagon! And naturally a late 50s wagon also had tail fins! The two-tone color just shows you how the more-things-change-the-more-they-stay-the-same, since there are several cars you can get with a contrasting hood color like this today. 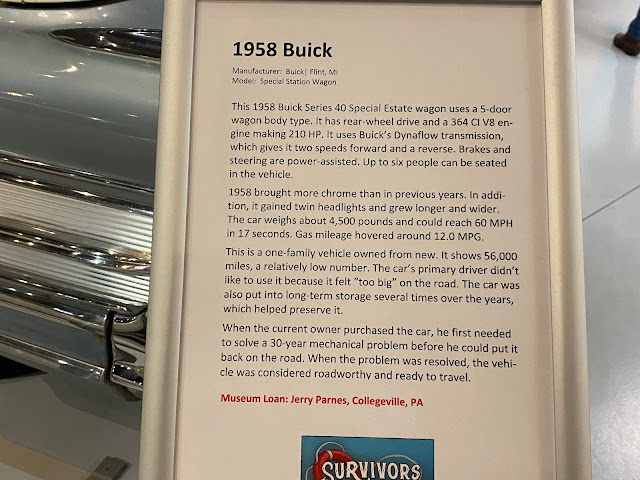 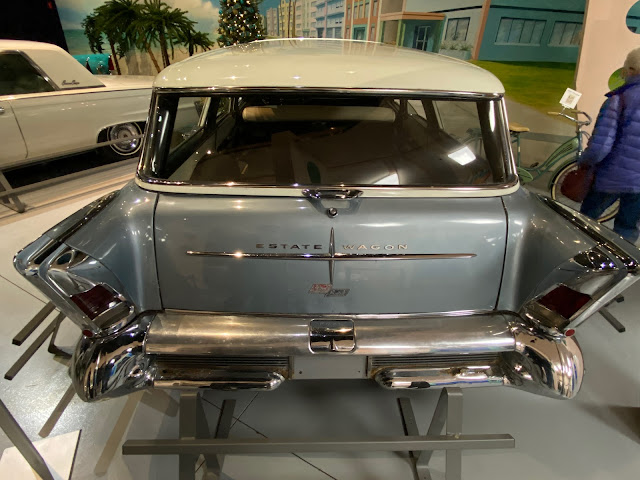 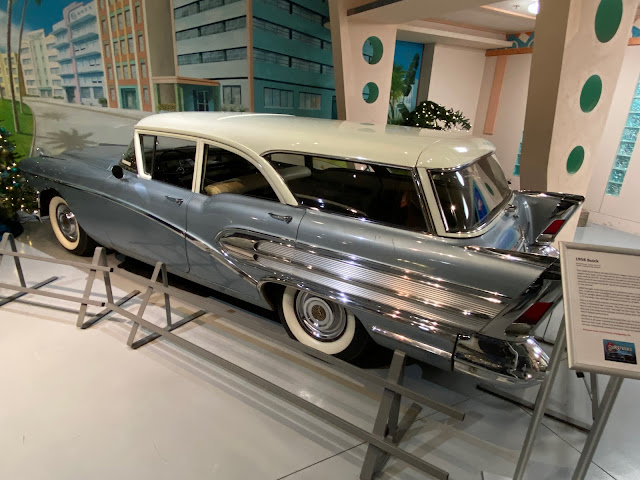 Here is an ebony and a Kensington Green pair of 1959 Cadillacs. Even with the enormous tail fins, the front grill of the green one and the rear of the black one both have so much chrome you could almost get the front and rear confused! If planet Earth ever runs out of chrome or tail fins, just hop in your time machine and go back to 1959! 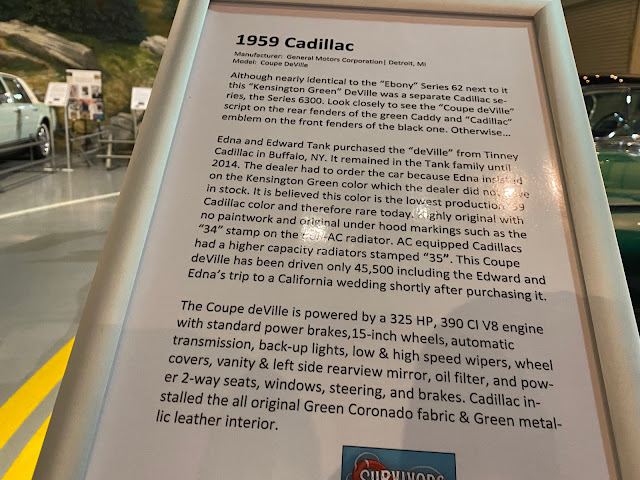 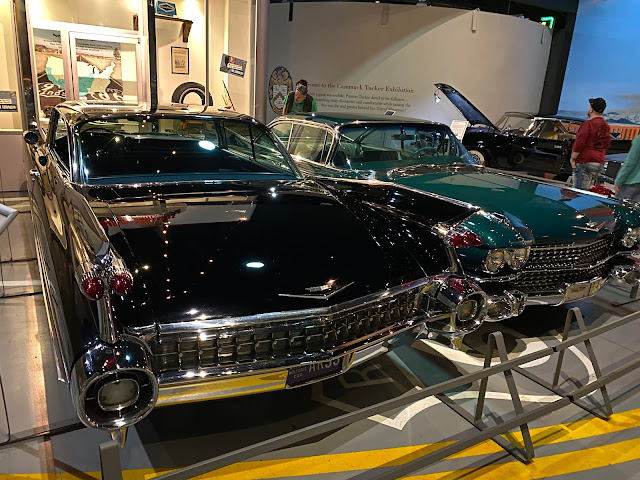 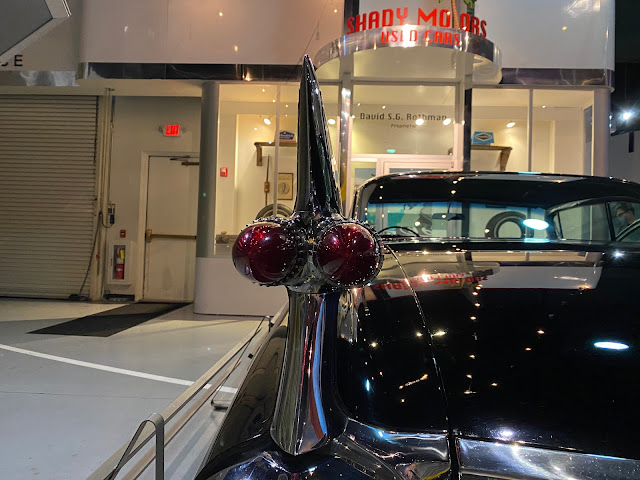 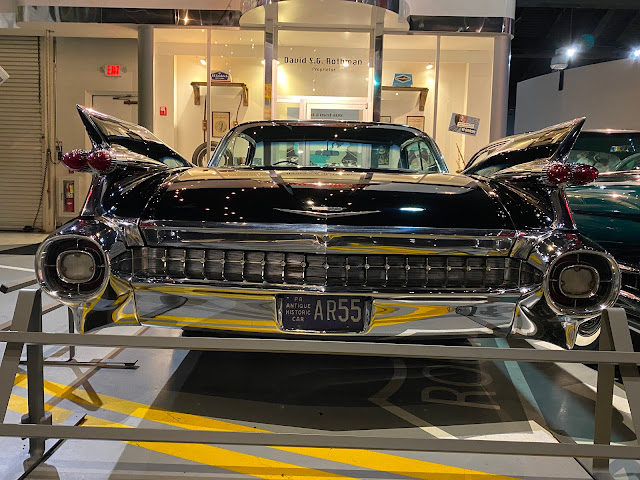 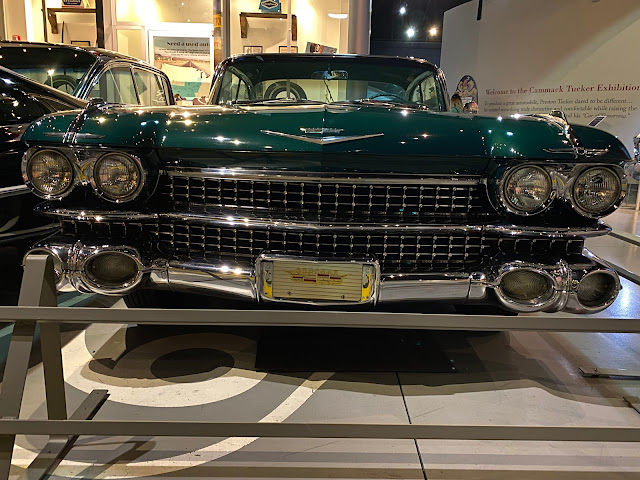 Finally, here's two all-American muscle cars, a 1969 Camaro and a 1974 Plymouth Road Runner. The orange Chevy and blue Plymouth help make these cars stick out, right along with the graphics and just how cool these cars were back when they were new. As part of the museums "Survivors" exhibit, keep in mind that these cars have not been restored, they are still in their original condition. 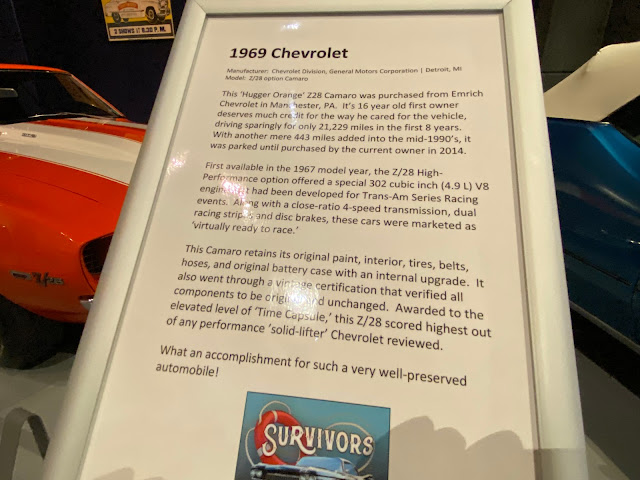 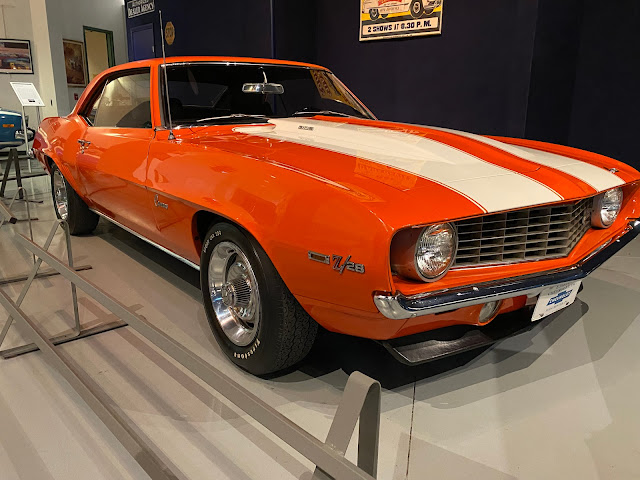 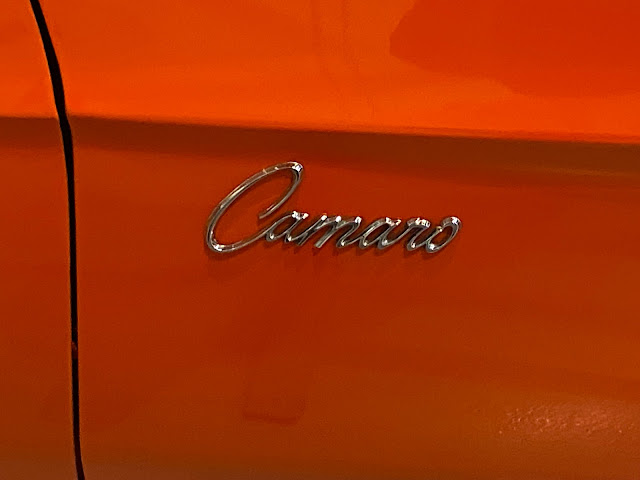 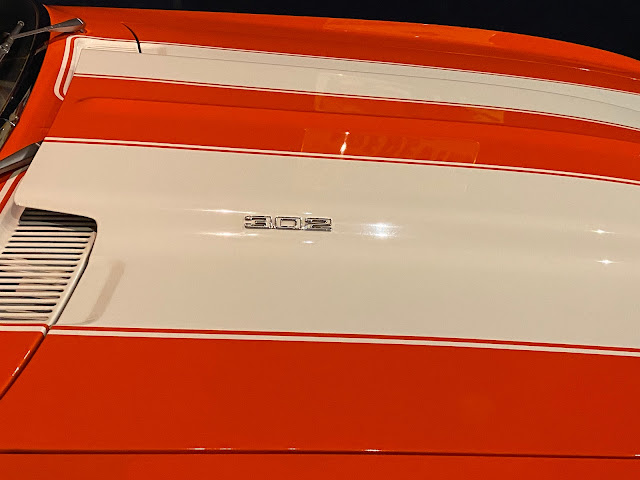 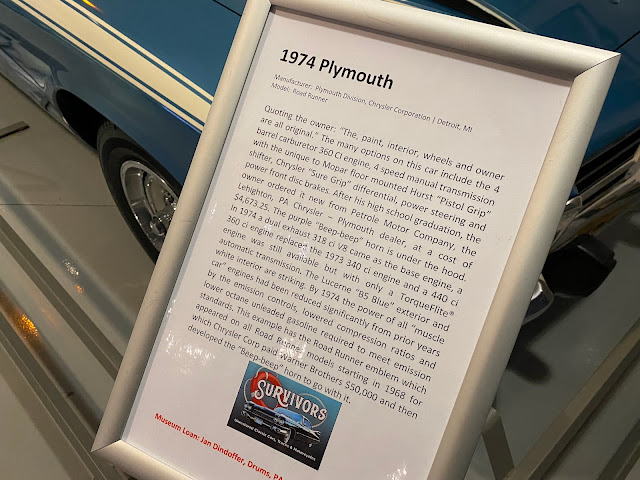 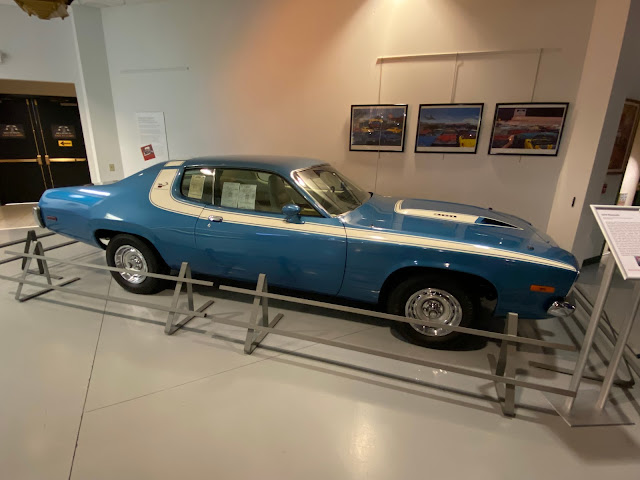 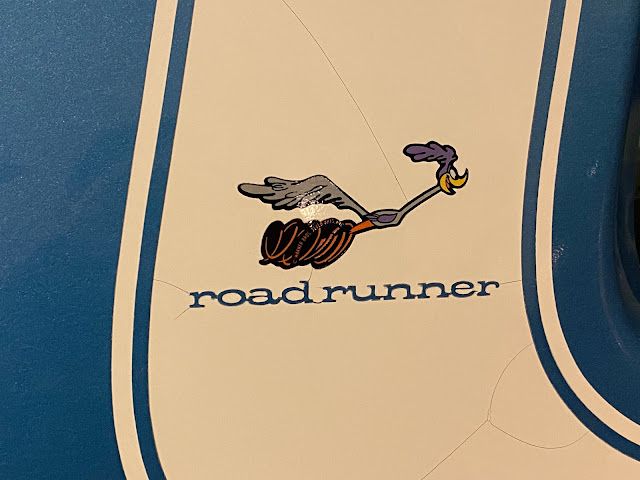 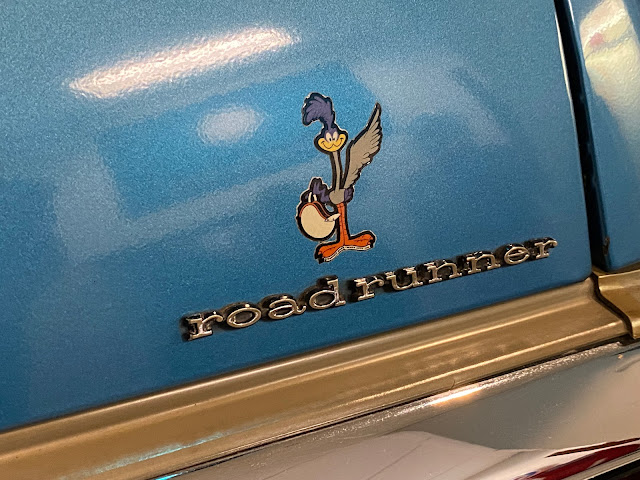 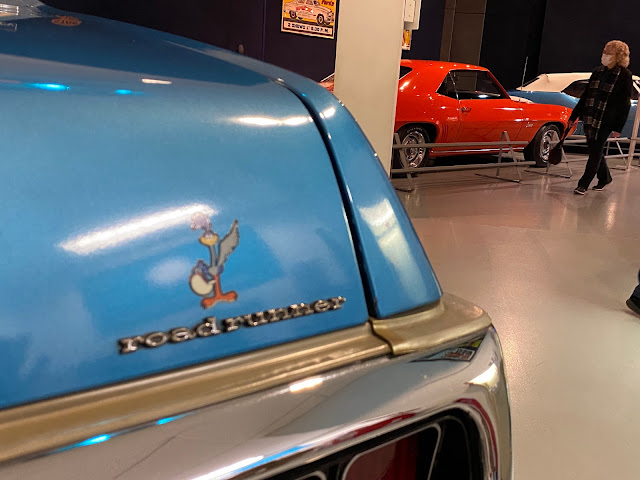