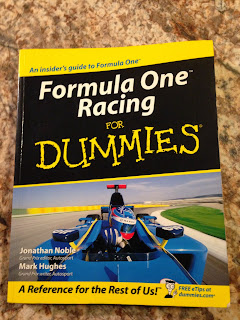 This weekend the Formula 1 season hits Brazil for the next to last race of the season. Then two weeks later the 2016 season will wrap up in Abu Dhabi. While Mercedes has already clinched the team title (which determines prize money, as in millions of dollars), the individual driver's title is still up for grabs. Both Mercedes drivers can still win the title, with Nico Rosberg leading Lewis Hamilton by 19 points. Nico will take the title if he wins on Sunday in Brazil, and there are a lot of other combinations of who will win, depending on how they finish in the last two races. Hamilton is a three time champion, and Rosberg has never won the title, although Nico's father Keke won the Formula 1 title once.

Looking farther down the standings, a few other finishing places are still on the line, for instance the two Ferrari drivers are only 9 points apart, and Max Verstappen of Red Bull is only 1 point behind Kimi Raikkonen. Both Sergio Perez (Force India) and Valtteri Bottas (Williams) are tied on 85 points, so they will be competing to get ahead of each other individually and for their teams because Force India is currently only a little bit ahead of Williams.

At the bottom of the grid, the drivers without any points will be hoping to finally get on the score board in the last two races.