Today was the final 2015 autocross event for the Tidewaters Sports Car Club (TSCC), and other than being a bit chilly this morning, it was a great day weather wise! At Pungo Virginia we had about 92 drivers, which included a large pack of 22 in the Novice class. Most of these drivers will have to enter in other classes next year, but for 2015 I hope they had as much fun as the rest of us! 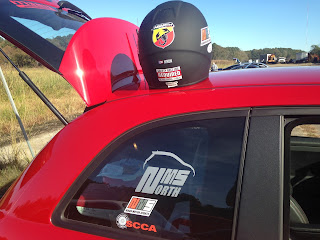 In the G Street class, it was a two car battle and the preliminary results show that the FIAT Abarth finished just a few tenths faster to take the win! From the TSCC website (TSCC LINK) that was posting results as they happened, here are the times from our four runs each, with each drivers fastest time in bold. My first run was my fastest without hitting cones even though the final run was just a bit faster. Those darn cones are a 2 second penalty each, so they don't help your time any!


For the season long club championship there were some really fast drivers fighting for the title today, so when the official results come out it will be fun to see who won. I'm happy with first place in the GS class, and will likely end up somewhere around 22nd overall. In 2016 I'll be trying to improve that overall standing, and keep having fun! If you don't have any plans for 2016 yet, why not find some an autocross group near you! NMS would be happy to help you learn more about this fun sport! 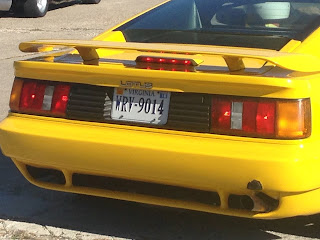