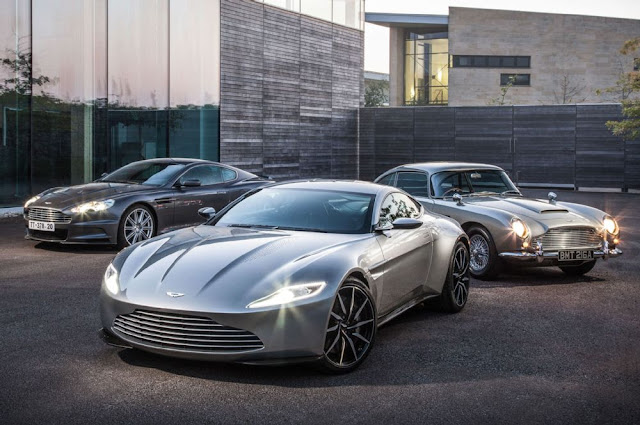 The latest James Bond film "Spectre" features not only the typical Bond action, Bond women, Bond bad guys, Bond gadgets and etc. but also a new car that was built just for this movie, the Aston Martin DB10. From looking at several automobile magazines at the bookstore today, I'd have to say that the entire world is fascinated with Bond cars, based on at least four different magazines that had cover stories or test drives of the latest DB10 and all the other Bond cars from several decades worth of movies. Check out the article on the Automobile website at:  Automobile Magazine LINK

Of course there is at least one big chase scene in "Spectre" where Bond drives the DB10 while being chased by the bad guy, and even the bad guy has an awesome car, a Jaguar! And since the chase scene is in Rome (Rome Italy, not Rome New York), you will also see my favorite car, the FIAT 500 having a bit of a run-in with Mr. Bond.

A recent issue of Automobile magazine had a cover story on the various Bond cars, and this video from one of my favorite TV shows "Jay Leno's Garage" goes a bit more into depth on the DB10 and how it was filmed in the  movie.  DB10 on Jay Leno's Garage LINK
Posted by robert.a.nixon6@gmail.com at 5:16 PM