A few weeks ago we attended the Blythewood Electric Vehicle Demo Day and wrote about test driving electric cars such as our favorite electric, the new BMW i3, shown here with Brian Nixon behind the wheel: 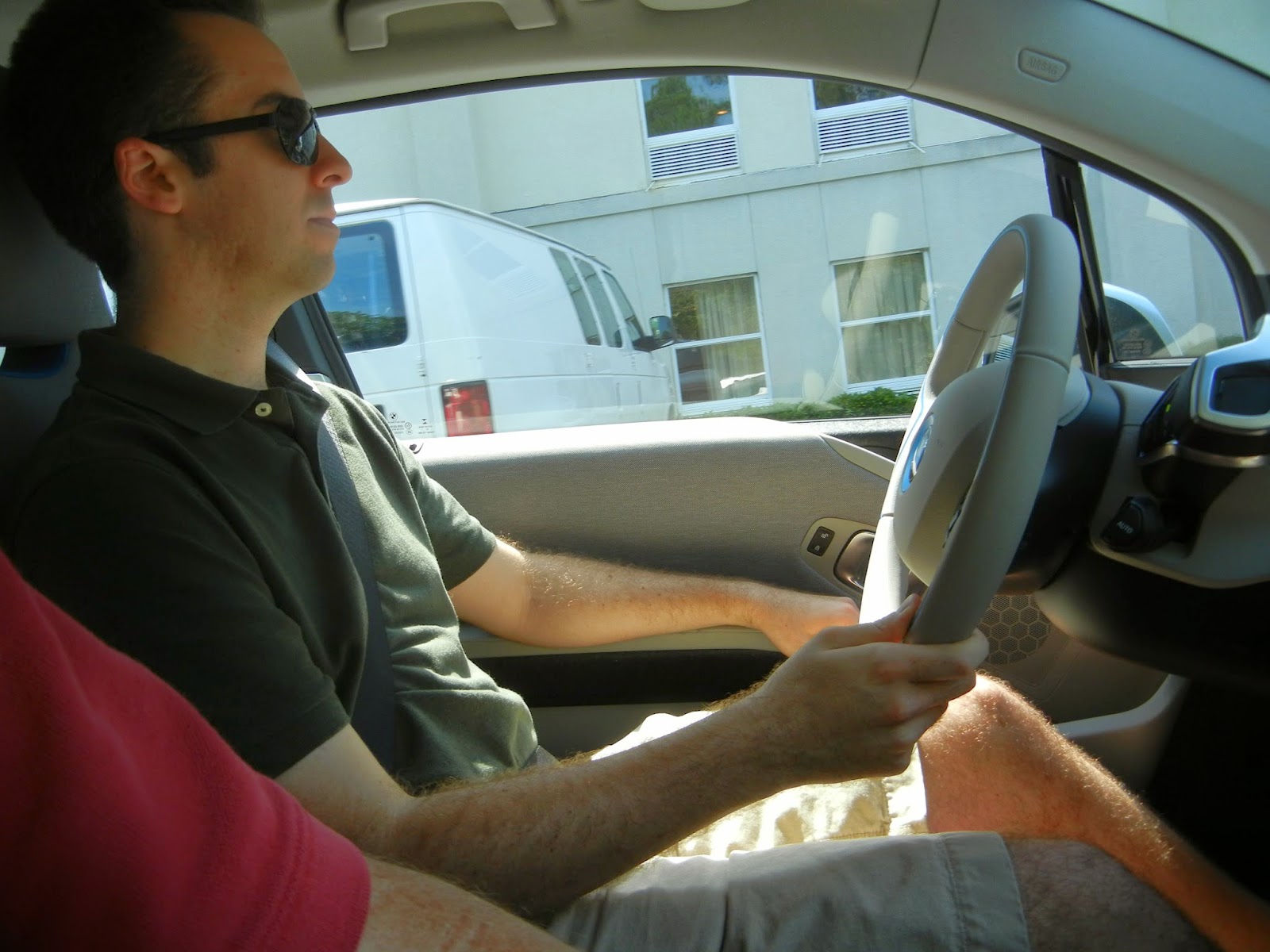 We're going to try and follow that up with some more electric car news at the Columbia SC National Drive Electric Week Event on Saturday, September 20, 2014. This event will take place at the Lincoln Street Garage, 820 Washington Street, Columbia, SC 29201 from 10:00 AM to 2:00 PM.

As part of the 4th annual National Drive Electric Week, this will be one of many events in over 100 cities coast to coast this week. Over 200,000 new plug-in vehicles have been sold in the United States to date, and several new models are coming soon. Just today I read that Tesla will be installing a few hundred recharging stations in China, so the electric vehicle bandwagon seems to keep gathering steam. Well, not steam, or gas so let's say momentum!

Here in Columbia the event will consist of:  event t-shirts, electric vehicle test rides, event giveaways and electric vehicle informational packets. That all sounds like my favorite flavor: FREE!

Cars  such as the Nissan Leaf, Chevrolet Volt,  Mitsubishi iMiEV,  Ford Fusion Energi,
and other models will be on display and available for test driving. we've driven all of those but the Ford, so look for a report on the Fusion Energi from NMS.

For more info on this event in Columbia, the website link is: https://driveelectricweek.org/event.php?eventid=270 or you can email the point of contact at this email address... LetsGoGreenSC@gmail.com