Last Days With the 666 Miata

After just less than 3 years of service with NMS, the Mazdaspeed Miata is finally in the hands of it's new owner and future autocross enthusiast.  Selling the car has been a little sad, but I know it's gone to a good new home.  I'll move back to the trusty Ranger for the time being and do some more co-drives to finish up the SCR-SCCA season.  As much as I hated giving up the car, I'm even more excited to search for the next one. 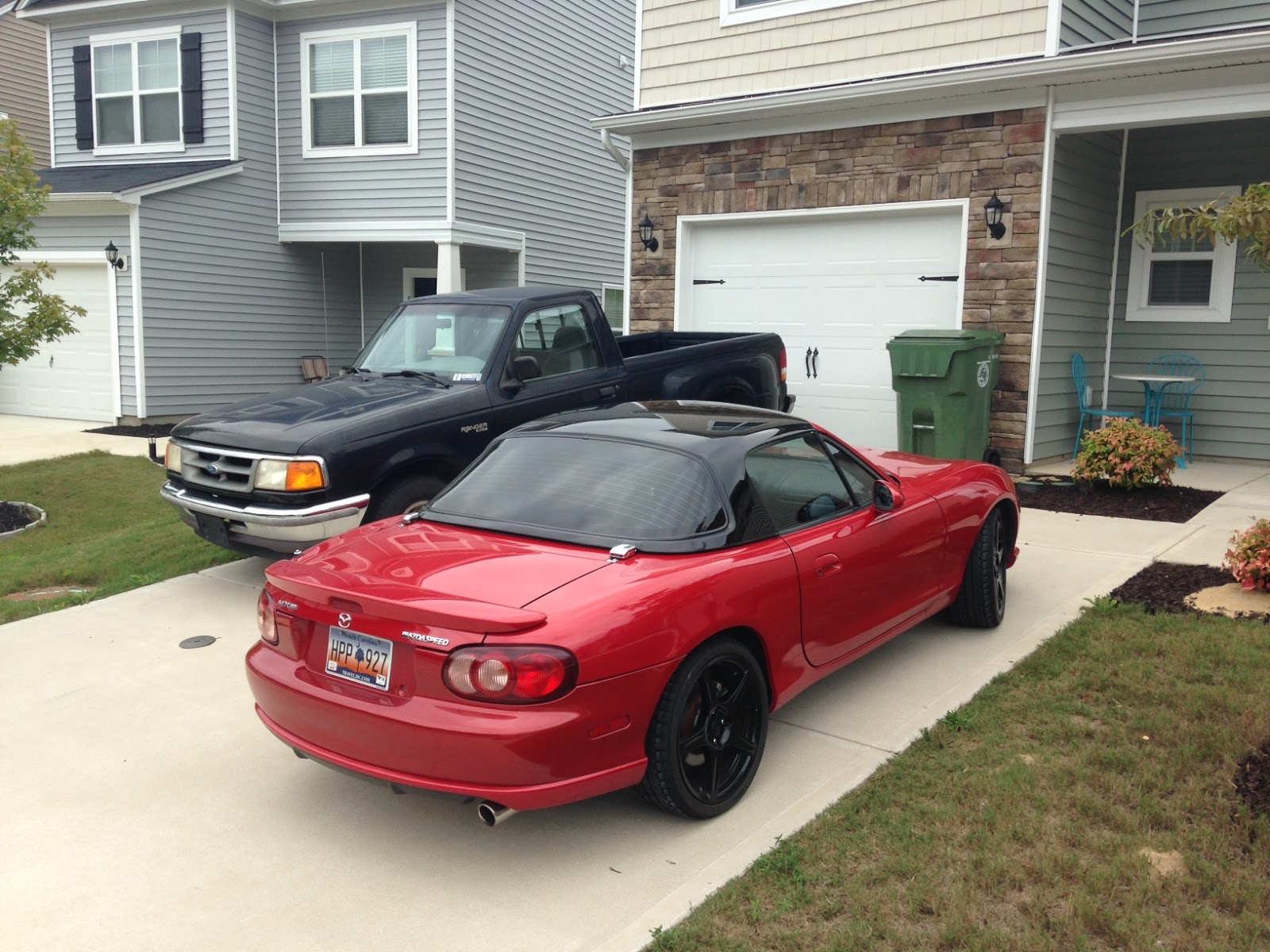 A shot of the Miata just before I drove it up to Charlotte to deliver it to it's new owner.

Coming up this weekend I'll be trying out a 2006 Miata (third generation as opposed to the 04 second generation Mazdaspeed) as #126 to fight it out in C Street while the #77 Abarth returns to claim more G Street points for NMS.
Posted by Brian at 3:01 PM