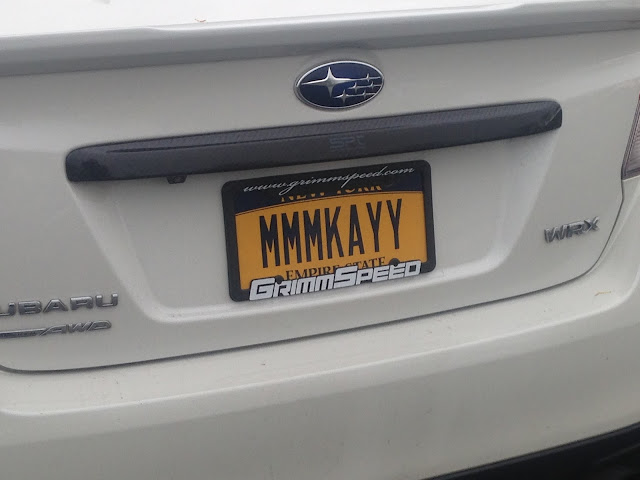 The NMS FIAT returned to autocross action on Saturday May 12th, and like the previous event we started in the rain on a wet course at Splish Splash Waterpark! My day started with working on course, and at that time it was NOT RAINING. Then we swapped places, and as I got ready to drive, IT WAS RAINING!  Hmm, I guess life isn't fair!


Anyway, I had fun driving a very tight course four times in the rain in the morning. After that, we swapped places and I was back on course working again IN THE DRY, and then later got to drive four more runs without the rain! It was a busy morning working the course, since I was the guy with the radio and had to call in the many cone and off-course penalties. The challenging twisty course had a lot of drivers knocking over cones all day.

1. 29.006 It was wet, and since we were getting eight runs on the day, I decided to start slow and build speed on each run. Since by this time I knew that other drivers were into the 25 second range (at least), then I knew I had to pick up some speed from this starting point.

2. 27.048 About two seconds faster, that felt pretty good, but still way too slow. Time to find more time out there in the rain.

3. 25.908 Just over another second faster, so I started feeling pretty good about this. The cars wasn't really sliding in the wet much, because the course was so tight and slow. Hey, let's go faster!

4. This was my best run of the morning, 25.523 which put me in 3rd place in my class at the time, and 12th on PAX time out of all 50 drivers at the halfway point. Maybe I can improve in the afternoon, or even get some runs without RAIN!

After a quick sandwich, I was back on course working for the first run group, and then soon it was time to drive again. Afternoon wise driving looked like this: 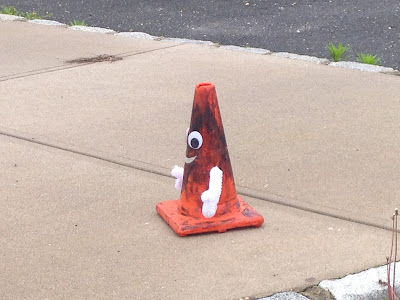 5. 25.842 Almost as fast as the morning, and with the track drying I was hoping to improve. On this run I tried shifting back down to 1st gear on the slowest corner, but it didn't feel like it helped any, so I decided to launch in 1st, go to 2nd, and stay there for the rest of the runs.

6. 25.780 Well, less than a tenth of a second faster, so let's try this again. Since it was still wet, I started lowering tire pressures to see if it would help.

7. 25.716 Hey, another tiny fraction of a second faster, but not enough to help my overall place, and still not faster than the morning. One more time to go. Hmm, time to lower the back tire pressures some more in an effort to gain more time.

8.  25.756 +1 cone, so no help there! Pushed it too hard on this run and knocked down a cone at the end, so BLAH! Changing tire pressures didn't really gain me much time, so the only positive part of the afternoon was four runs that were consistent, all within 0.126 seconds. Since I didn't win or go faster than EVERYONE you might think that "sure, it's easy to be consistently SLOW" but I'll take this kind of consistency as a positive for today, thank you very much!


So bottom line, this put me in 4th place in the Street Touring category for the day, just like the last event! On PAX time, 16th out of 50 drivers, (not bad), and on RAW time, 22nd out of 50, and anytime I'm in the top half of RAW time I'm a happy little FIAT driver.


One other way that I am measuring  my driving is dividing my PAX time into the fastest drivers PAX time, which will give me a score like the Tidewater Sports Car Club in Virginia uses for their overall club championship. Last year I finished with an average score of 93 or so, and sure enough today's PAX time math gave me a 93.3 so despite my frustration with the RAIN RAIN RAIN, I probably drove OK for me.

Based on my calculations, after 3 events this year I'm sitting around 8th place in the Street Touring Class, so I need to place higher than 4th every time to move up in this competition.
Posted by robert.a.nixon6@gmail.com at 7:19 PM