Congrats to the Super Bowl champion Philadelphia Eagles! NMS headed down to Philly on the day before the big game, checked out the car show, saw some sights, visited some family, and made it home to NY in time to watch the game on TV. Overall a pretty good weekend, including the drive thru NYC and down the Jersey Turnpike. Needless to say, the traffic on a Saturday morning was way better than the traffic on Long Island on Sunday night!

The car show had a big crowd on Saturday afternoon, but you could still see everything if you were patient. Almost all the exhibits were in one room, but the Mercedes and Lexus vehicles were in a different room, and we didn't go over there to check them out on this visit. In addition to new cars, there were some clubs with older cars, an area for car related vendors, and the Jeep folks had a big indoor driving course to sample their off-roading on some obstacles. The vendor area was interesting mostly to see that a new version of Skip Barber Racing Schools is now open, and the guy I talked to there said they were mostly based out of New Jersey, with Mustangs as their race cars for students.

The most popular parts of the show seemed to be the roped off exotic and high end luxury vehicles from Bentley, Rolls, Ferrari, Lamborghini, Aston Martin, McLaren, and etc. These cars were not available for touching or sitting in, but man the ropes around them were jammed with folks taking pictures and talking about the expensive goodies. To their credit, the Jaguar and Porsche folks had their cars out on the floor not roped off, but then again they were all locked up so you couldn't sit in them either. Even Alfa Romeo had their Giulia and Stelvio roped off, so I think they missed a great opportunity for potential customers to even sit in one of their new models. Oh well, I guess I'm not in charge of making those decisions!

Here's some highlights from the car show: 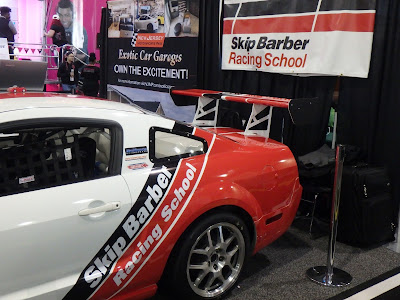 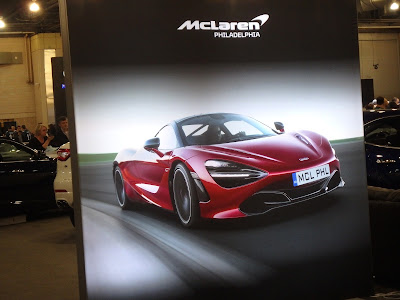