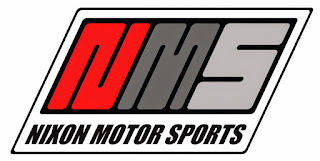 As announced on our blog two weeks ago, the Nixon Motor Sports team held a press conference today, so we'll summarize the highlights below. For background on who NMS is and what they've done in the past, you can click on all the other pages of this blog. HINT: It won't take you long to read!


--Plans for 2016: NMS categorically denied that they were purchasing the two time defending Mercedes-Petronas F1 team and replacing triple world champion Lewis Hamilton with NMS-South driver Brian Nixon. "That's basically an untruth", stated Brian Nixon when asked point blank if NMS was cashing in some old soda bottles and selling their organs to buy the Mercedes team. He followed that bombshell up with "Next question, genius". 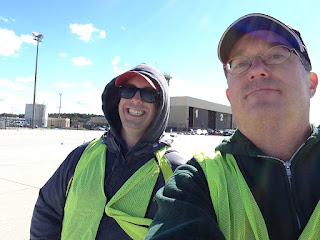 --Latest Car Developments: Brian went on to state that development work on the 99 Miata engine has been "on schedule", and that with a rebuilt motor that NMS will once again be competing at the top of the standings in E Street autocross in 2016. Until the car suffered an engine failure in competition mid-way through the 2015 season, Brian was in the hunt for a class win, and even though he still ended in 3rd place on points, that was in running only half the season before the engine issue. "With a full season on an engine that actually works, we're looking to be competitive for more wins this year, and that should add up to a good battle for 1st overall."


--In the other half of the NMS garage, Robert stated that he would continue with the same 2013 model FIAT Abarth, and that he "hopes to repeat" his 2015 championship in the G Street class. The NMS driver said that "I'm keeping things basically the same, but will upgrade the tires, and we're announcing that we want to thank Dunlop and Tire Rack for the past two seasons of great tires, but in 2016 we will be wearing Bridgestones."  When asked to clarify, Nixon went on to say: "Of course, if some other cars with drivers actually enter the GS class then it might be different, but as long as I'm the only car in the class I think I can win it again... probably".  Regardless, holding down "Fastest and Only Italian Car of the Day" at every event is also another goal, again, as long as no other Italian cars show up!

--New in 2016: NMS-South further stated that they were targeting a trip to Lincoln Nebraska in September for the Sports Car Club of America National Solo (autocross) championship. This event has been attracting somewhere around 2,000 of the best drivers in the country, so this marks a big step forward for the NMS team. Brian will be looking to work with another driver in the number 86 Miata at this event, and with 10 months to go, will be looking to continue to improve the car and upgrade a few more components while competing and gaining more experience.

--New in 2016:  NMS announced that NMS-South and a team of other drivers have been secretly working on a race prepped 70s Dodge Coronet to enter into future LeMons Endurance Racing. The LeMons series is designed to be low budget and on a race track enduro events. If you have a sense of humor, check out the LeMons website: 24 Hours of LeMons   This car has pretty much everything it needs to race, but will be getting some upgrades during 2016 to ensure it's safe and race ready. 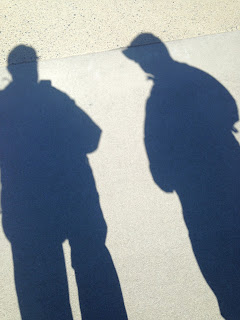