I bet 89% of the population dreams that some day they will find that ONE huge bargain find at a yard sale, auction, on Craigslist, or maybe inherit that Ford Model T that they can brag about the rest of their lives.  Personally I'd never fall for any of that stuff, like the 70 million to 1 odds in the big lotteries, or look at online auctions, or try to find new car parts on Ebay at a discount.....

However, in the real world, sure, what's a harmless little fantasy!  You might remember a blog post here on NMS some time ago where I mentioned putting in an unsuccessful bid on part of a Marussia F1 car that was being auctioned when they were going out of business. Well, the good news is that if you missed that auction, there is another F1 team that filed for bankruptcy (went into receivership since these are English business, and they have their own way of talking American over there).  Here's the link to the March 11th auction of the Caterham Formula 1 team:  Caterham Auction

A quick review of the 18 pages of items convinces me that the team is out of business for good. I say that because the Marussia team that supposedly auctioned off all their stuff is back in business. Maybe if you live in England you'd like to stop by and pick up some cool things for me! Here's a partial list of items that you probably can't buy anywhere else:

The one item that might be handy to have, and that I could actually afford, would be a "tyre stack rain cover", something to dress up the old garage instead of having to look at stacks of extra tires, (excuse me "tyres") in the corner of my garage!  You could set up a pretty darn cool garage with some of this stuff!

There you can read all about a few other "small" items that are not part of the auction, but listed as "negotiated sale", so give them a call quick if you are interested in a few items such as a fleet of trailers and hospitality vehicles... 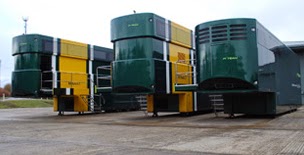 or a set of Autoclaves, the machines used in constructing or curing the carbon fiber components, (Autoclave NOT available at Wal-Mart)... 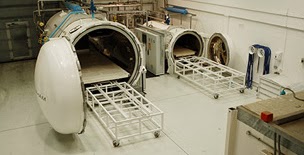 and the Caterham driver simulator, powered by 4 Dell Alienware computers, 3 high-definition projectors and etc.  Hey, I've got an Alienware computer at home, just three more and a bunch of other stuff and I'll be good!... 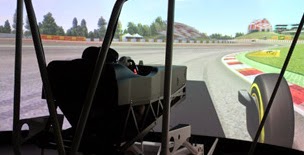 and finally, a SUPER COMPUTER! 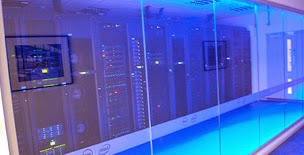 If someone says it's SUPER, then I believe them!