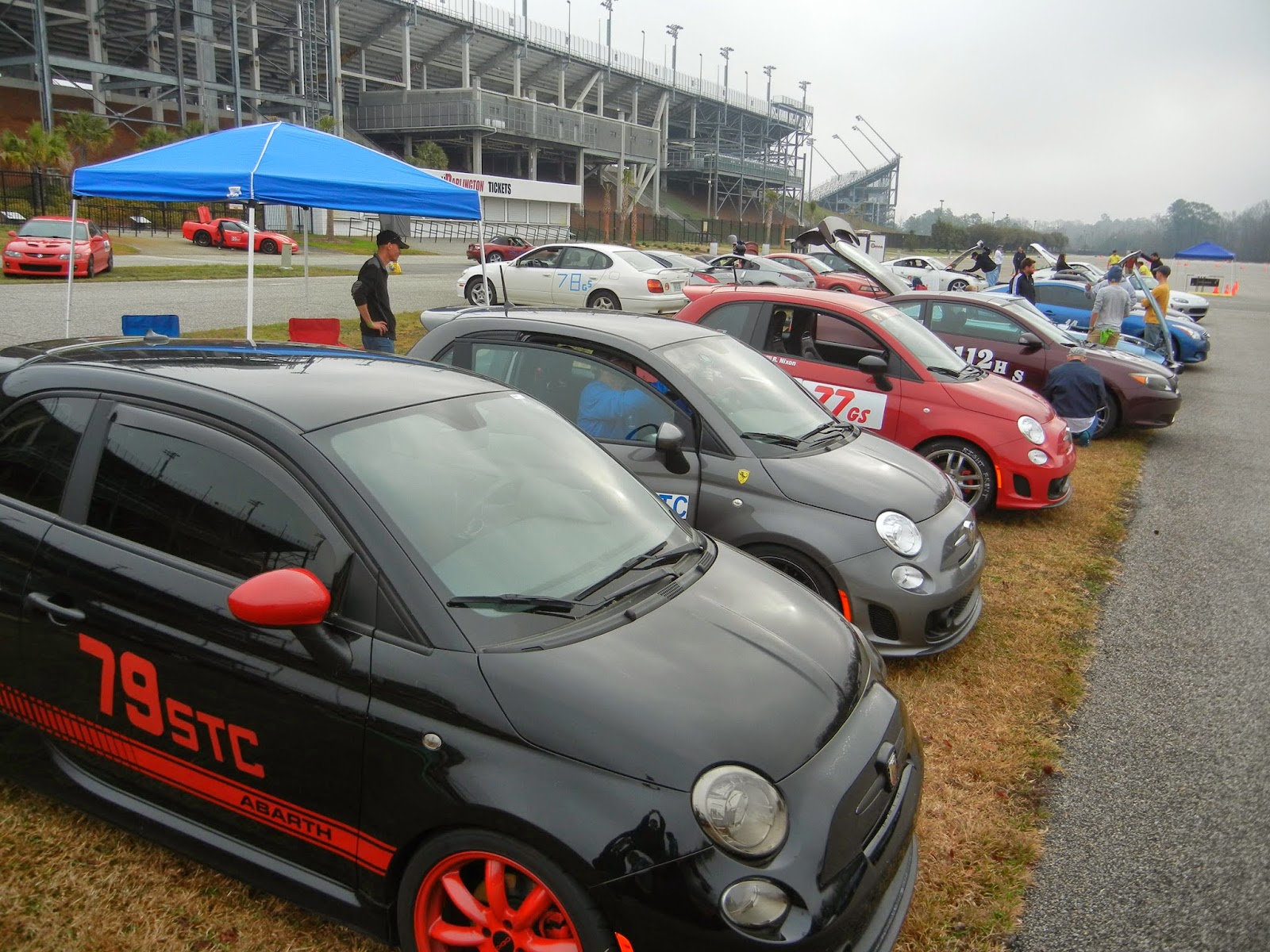 Yesterday was the F1 race from Hungary, and it was spectacular!  I can only say that even though I didn't see it, because I was driving home from vacation while my wife was reading the race reports from the F1 app on my phone. That must be what all this modern technology is good for, so that we can be going down the interstate for hours on end and keep up to date on important world events, like sports!

Over on our results page we've been tracking our autocross events this year, as well as our pre-season F1 predictions and how the real races have been turning out.  This is just one of those years that one of the manufacturer teams builds a much better car than everyone else, and this year it's Mercedes way out in front. While they've won all but two races this year, those other two races have been won by Red Bull Racing driver Daniel Ricciardo from Australia. What is surprising about this is that Ricciardo's team mate is the defending champ, and four-times-in-a-row-and-expected-to-easily-beat-his-team-mate Sebastian Vettel from Germany.  Big congrats to Ricciardo for not only his first F1 win earlier in Canada, but also for winning yesterday in Hungary!  Not that it matters, but I've been to both Canada and Hungary for other reasons, so maybe a return to watch F1 racing would be great!

As far as the winning team of Mercedes, they had some tough luck in Hungary and "only" managed to take 3rd and 4th places, as both their drivers Lewis Hamilton and Nico Rosberg remain 1-2 for the season long driver points battle.  Which of them will win? Right now it's too early to tell, as they've both had wins, although Lewis Hamilton seems to be qualifying better, at least when his car doesn't have issues!  Even with the best car in the field, the Mercedes drivers continue to have issues like when Hamilton's car caught fire during qualifying this weekend, so he didn't even qualify.  In F1, if  you fail to set a qualifying time at all, they can then let you start in the pit lane, so Hamilton started LAST, came out of the pit to start the race behind the other 21 drivers, and spun out on cold tires/brakes!  Somehow, he recovered from that and 70 laps later took 3rd in the race, so if nothing else that tells you he's a great driver and has a great car.

Down at the bottom of the grid, the three teams having the worst results this year are Marussia, Caterham, and Sauber.  The big surprise here is that both Sauber and Caterham have exactly zero points this year. Nada.  Zip.  Zilch.  Goose Eggs!  Not a surprise for Caterham (no points in their few years in existence), but Sauber has been in F1 for a long time and is a solid competitor. Just like Mercedes got everything right in building their car this year, it appears that Sauber got it all wrong.

That leaves us with Marussia in 9th place out of the 11 teams.  This doesn't sound very impressive, but they are a newbie team like Caterham, and when a whole lot of cars DNF'd at Monaco in May, Marussia was there to score points!  As in their first points in the history of EVER!  So not only are they now ahead of Sauber and Caterham, if they finish the season in 9th place they will walk away with millions of dollars/euros/pounds more in cash/gold and dough-re-me!

The F1 folks are now on the annual "summer break", and I guess it has something to do with labor laws in Europe, but part of the next four weeks they are prohibited from working on the cars!  That sounds like elementary school "time-out" maybe, but maybe it's a good idea that a lot of us should copy. During my vacation out of town I was going to visit the Toyota factory in Georgetown KY, but it just so happens they were shut down at the time, for summer break or maybe re-tooling the production line.  Regardless, I know my two weeks off of work felt great, so today it was back to work.  In a few weeks we'll be back to autocrossing with the South Carolina Region of the Sports Car Club of America at Darlington on Labor Day weekend, so until then drive it hard and drive it safe!