Unfortunately the #77 Abarth was unavailable this weekend for the July points event for SCR, so I thought I'd do my duty to make up for the shortage of NMS drivers by running with SCR in Charleston on Saturday and then with the Triad Sports Car Club on Sunday in Winston-Salem.  Below is the #86 Miata in paddock in North Charleston, with clouds rolling in. 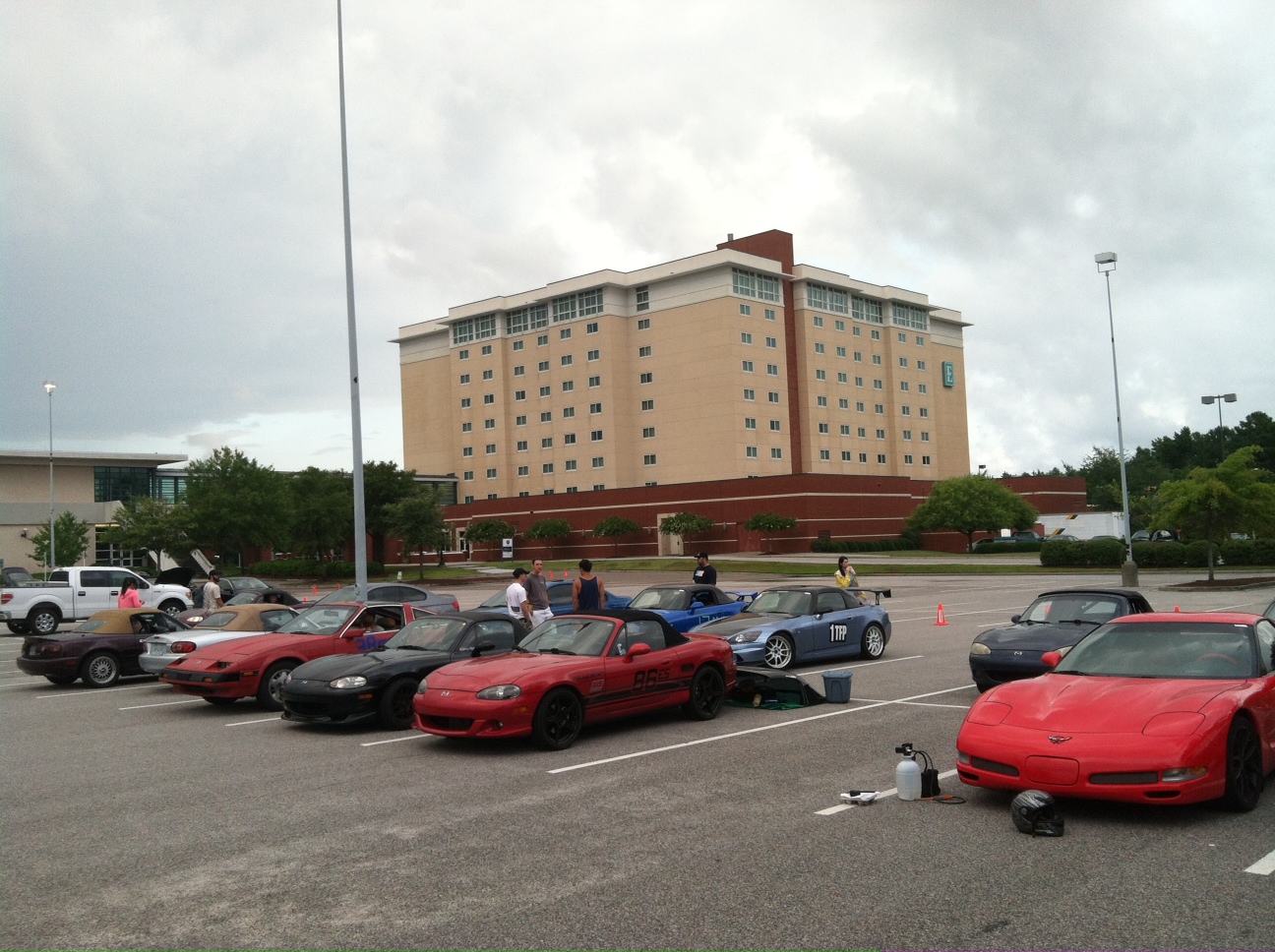 Saturday brought the threat of rain all morning, however proceedings remained dry during the first run group and on to the first runs of the second run group (in which I was driving).  Almost immediately as the cars completed their first runs, the rain came down in force.  Lightning was spotted, forcing a delay.  Unfortunately this meant that the remaining runs for our group would be in the wet and would therefore not be nearly as quick.  The first run was going to be the one that really counted for us.  I put in a time just hundredths of a second behind first place, but hit a cone which demoted me to around 4th place in the class for the day. 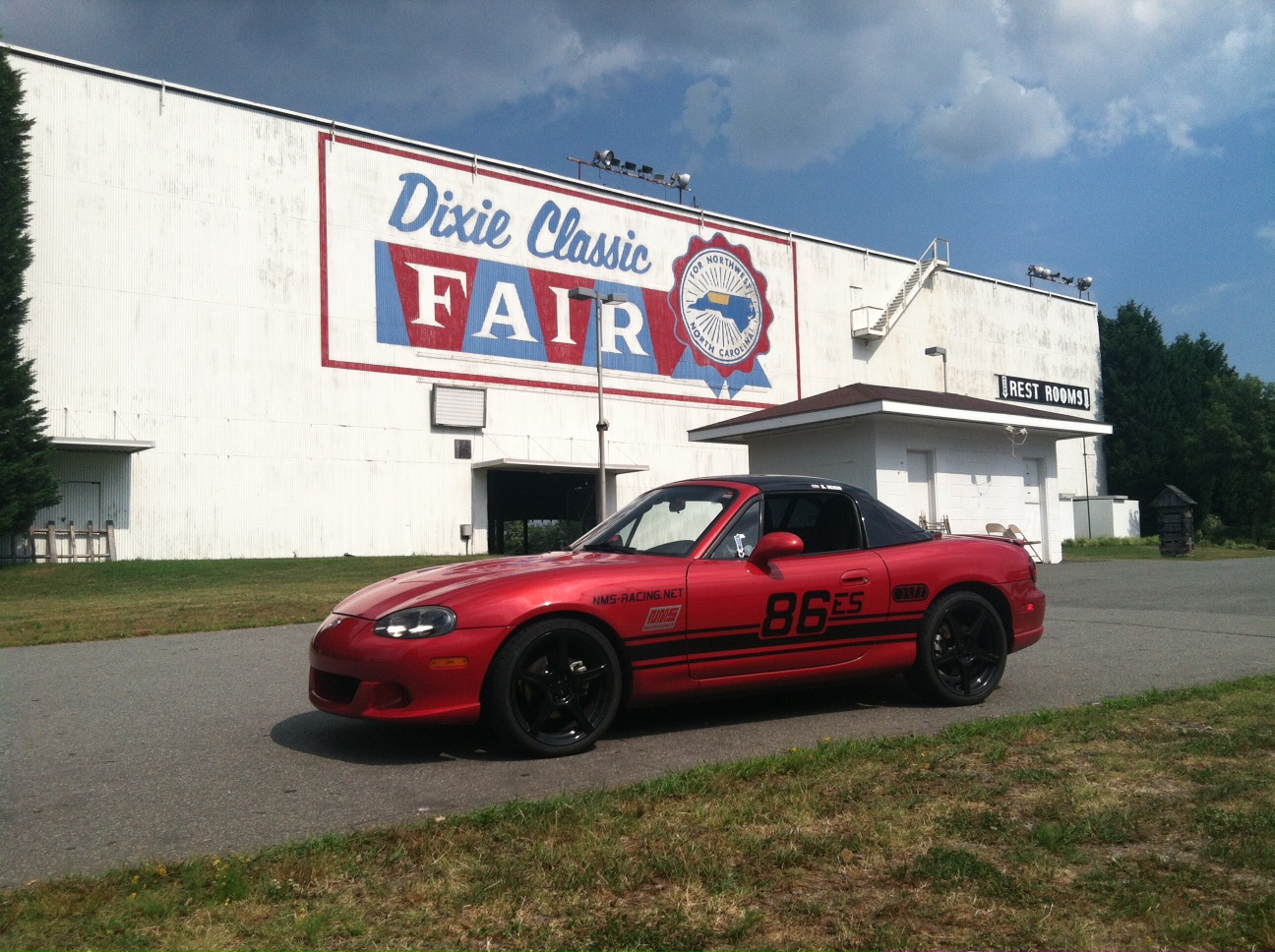 Shaking off the disappointment of Saturday, I trekked north on Sunday morning to have fun at the Dixie Classic Fairgrounds in North Carolina.  Again, rain threatened all day but managed to skip the fairgrounds for the whole event.  The ES class was only two cars (two more were registered in Novice as well).  Unlike the smaller lot in Charleston, this course had three sections that needed a shift to third gear for my car, which I struggled with during all 4 runs.  Fortunately, I managed to get enough of the rest of the course right and brought home first place in ES class! 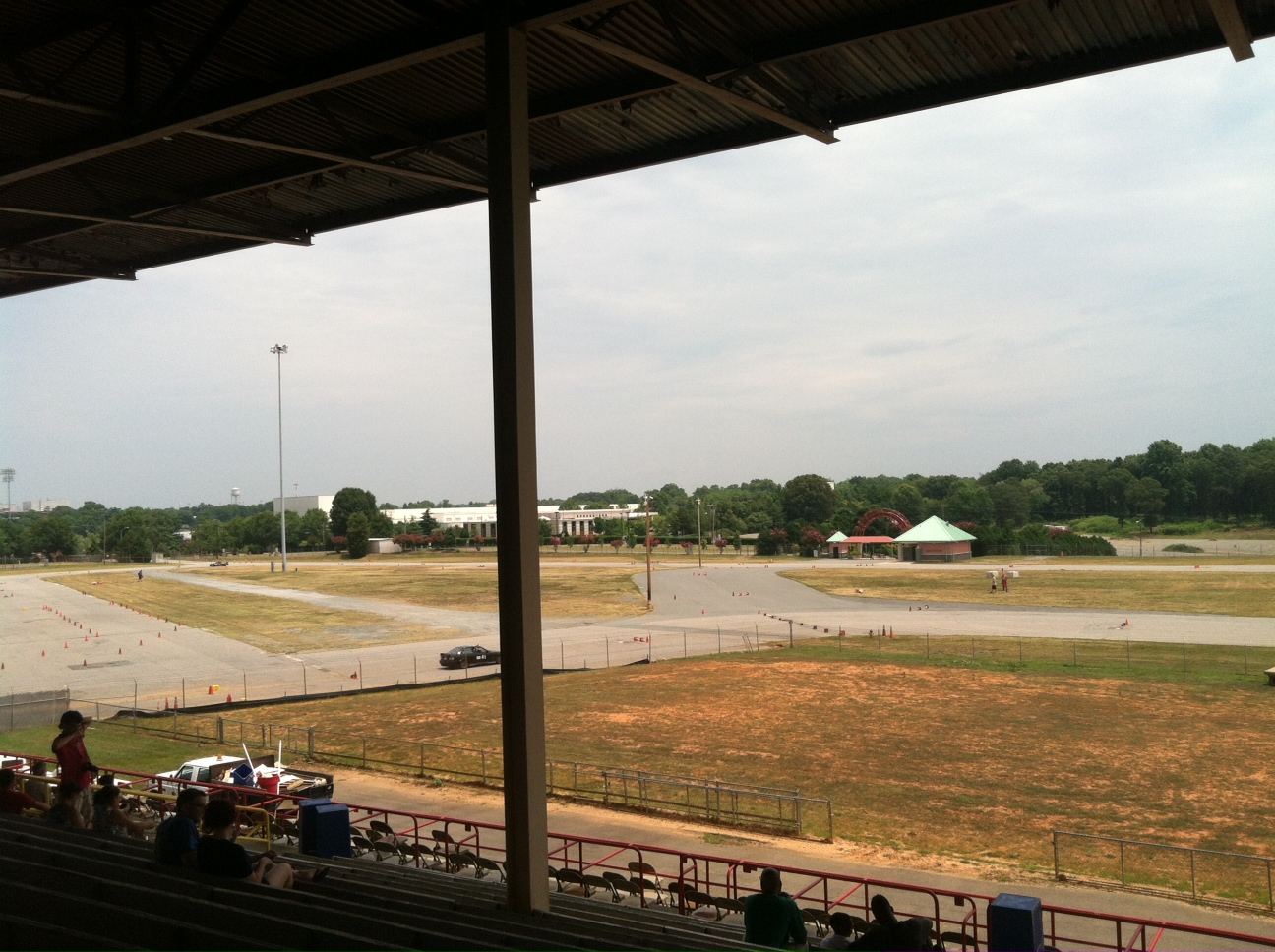 All in all, it was a very fun weekend to hang out with all the other car folks and talk about driving fast.  Above is the view from the grandstands at the fairgrounds.  Below is the first place glass from the Triad group. 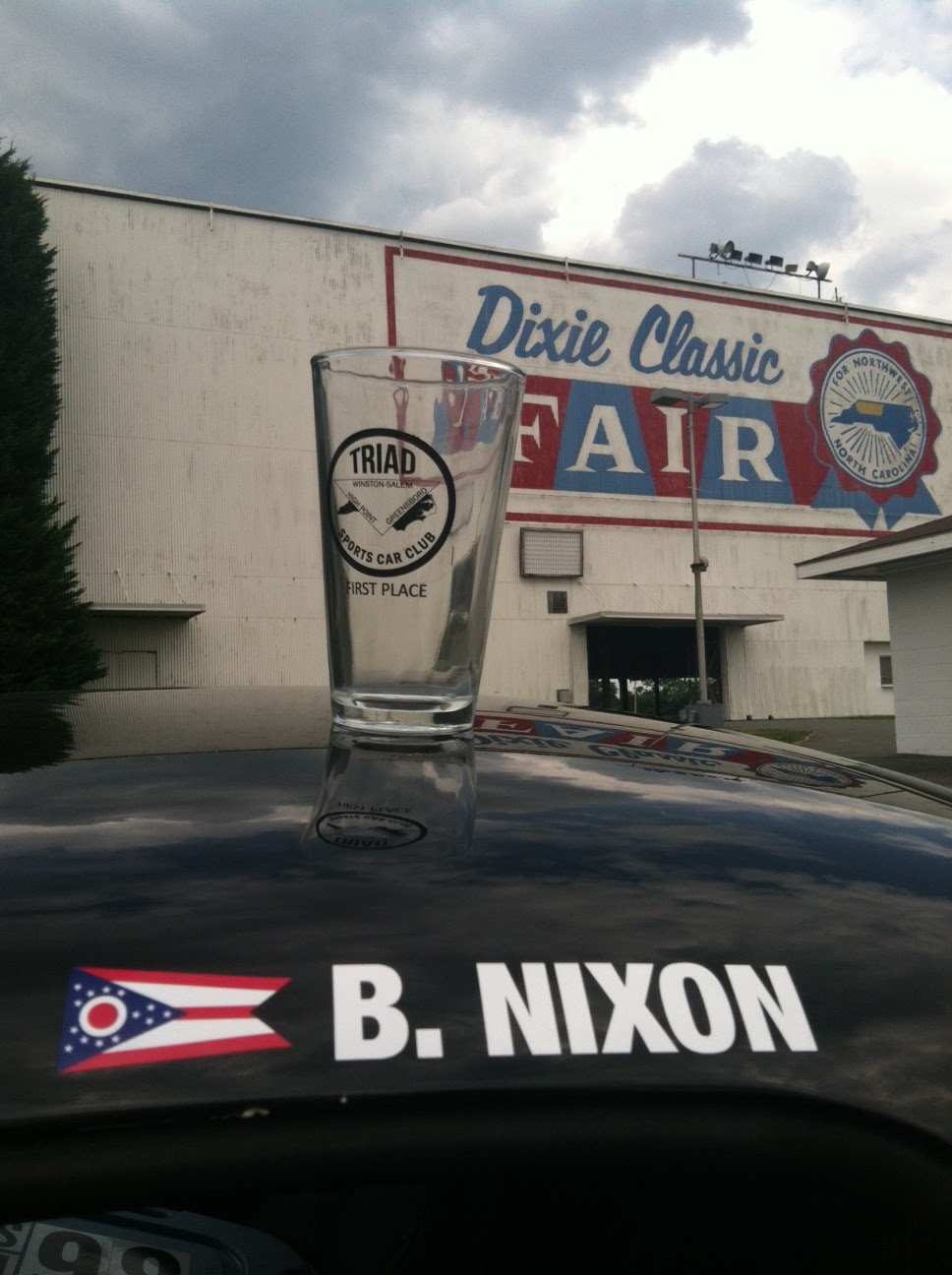