Ah yes, the good old end of year review, with a fun filled look back at 12 months that were chock full of automotive excellence. In 2020.... 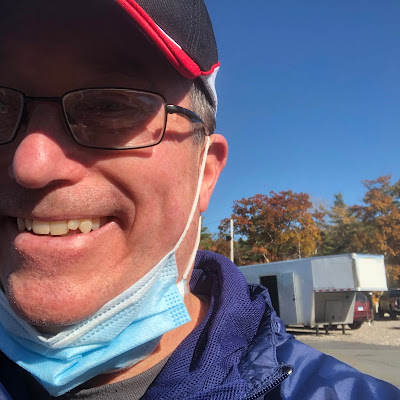 As I was saying, 2020 has been a tough year all around, with the pandemic, economic hardships, and the challenge of just day to day wanting to have things normal again. While this put a stop to a lot of  normal everyday stuff, as well as motoring, there have been some driving events and car news along the way. So, with due respect to everyone still having a tough year, let's look at some positives.

Here at NMS-North the big news was remaining employed, selling the FIAT 500 Abarth, and buying a 2009 Porsche Cayman this summer. While the FIAT was a great car, and carried us through a lot of autocross and other events, it was time for about 100 more horsepower, rear wheel drive, all wrapped up in an older car. After two autocross events with the NY Metro Region Porsche Club of America, the Cayman has taken two class wins, along with a 3rd in PAX out of 24 Porsche cars at the final event. I've really enjoyed the events with this club, and as you might imagine there are some awesome cars that come out to compete. We're already looking forward to a full season in 2021.

The new-to-us car also brought some new-to-us car maintenance events to check on the mid-engine Cayman, so this has been a fun part of the year too, spending more time in the garage and with the car up on a lift.

Earlier in 2020, pre-pandemic if you will, we attended the Philadelphia auto show, and loved seeing plenty of cars. One special exhibit they had was record setting fast cars, which included the first public view of something called the Tuatara. This car made news later in the fall by claiming a new top speed record, but then also made news when the accuracy of their measurements was questioned. Last I heard, the Tuatara folks were going to make another high speed run, and be sure to verify the top speed beyond the shadow of a doubt. 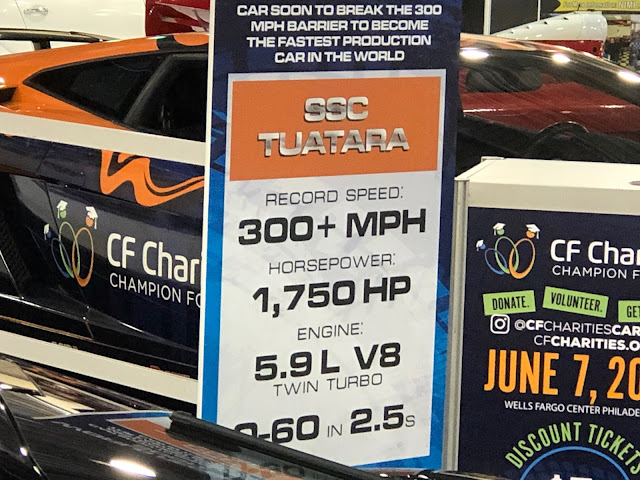 The switch from Italian to German autos is also interesting, since the Italian FIAT was built in Mexico, and this particular year German Cayman was built in Finland. After reading an article about the Porsche ice/snow driving school in Finland, I'm putting that on my bucket list, right up there with winning the lottery so that I can afford to go to Finland! The article pointed out that a lot of Finns speak English, and that there are more people in Wisconsin than there are native Finnish speakers. There's your fun fact for today!

At the final autocross of the year, I managed to place 6th overall on PAX time out of all the drivers there that day, so that marks my best overall placing. Was it luck, the new car, the new tires, the pavement at Tobay Beach? Probably was all the above, I'm not going to say it was all the driver!

On the track, the Cayman visited Palmer Motorsports Park in Massachusetts, and once again with our friends at NASA Northeast, had a great weekend on a twisty and hilly track during some prime leaf viewing season in October. The Cayman is a blast to drive, and the extra horsepower makes it even more fun. Over two days of coaching I improved my lap times, and managed to keep the car on track! If you're looking for a twisty AND hilly track, I'll recommend Palmer! 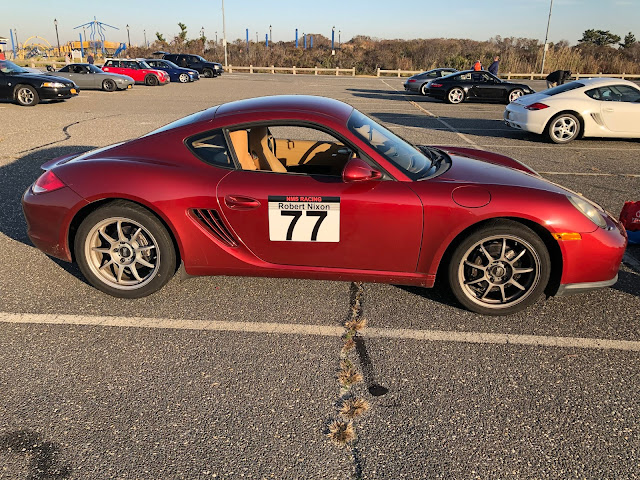 Other than driving, we attended a few Cars and Coffee events, where we kept a safe social distance and wore a mask. Well, other than the one in Carlsbad California before the pandemic really hit. In a future blog we'll look ahead to some specific goals for 2021. For now, I think we can all agree with saying good-bye to 2020!