After spending two days on track with NASA Northeast at Palmer Motorsports Park in Ware MA, well, that was a blast! Don't take my word for it, check out a lap of the track right now:

Despite some rain before we got on track Saturday, and the temps being on the chilly side Sunday morning, it was a great weekend. Here's a few scenes over the two days:

NASA has been running a promotion if you buy a new Toyota Supra, you get some discounts on bringing it out to the track! That explains all these Supras! 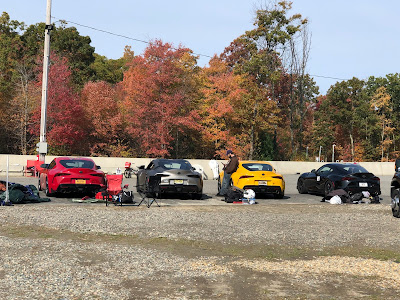 Palmer was a really fun track, and part of the scene is always being able to keep things running on time if something goes wrong. That's where the classic tow truck comes in, this yellow version was sharp looking with the Fall colors. 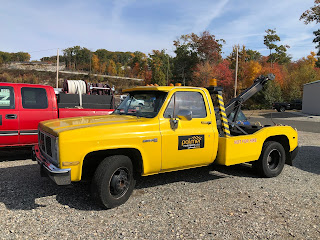 You might be thinking that the checkered flag goes to the winner of the race, and while that's true, it basically just means that the race, or driving session, is over. The flag system communicates to every driver the most important information they need to know. When you see this flag on track, you need to pull in to the pits on your next time around. See, that way EVERYONE'S A WINNER! 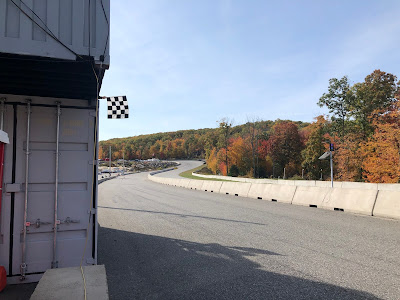 I thought that these wings were just aerodynamic bits to make the car go faster and stick to the track, but I can see I was WAY OFF, it's a coffee holder! 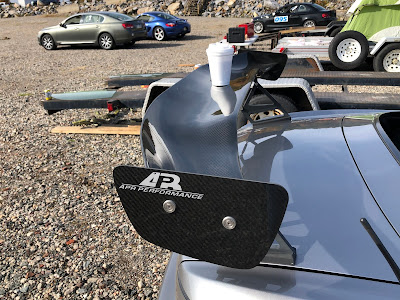 More than driving, taking part as a High Performance Driver Education (HPDE) student means paying attention during classroom sessions when you're off track. Here's our instructor Ed explaining how to be a better and safer driver. 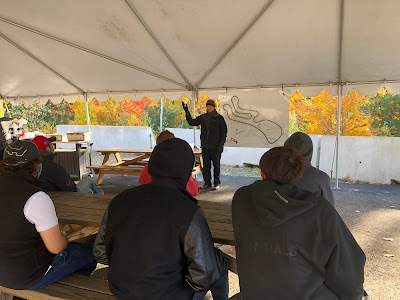 Sunday morning, it was around 32 degrees at this point, and the deck was a little bit slippery! Things warmed up by the time we hit the track, and it was a great day! 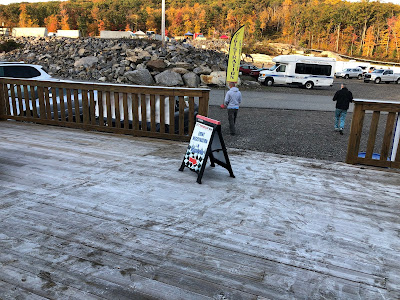 Sunday tech inspection for cars that didn't run on Saturday included this distinctly colored car #63. I saw him a few times on track driving in my HPDE 1 group. 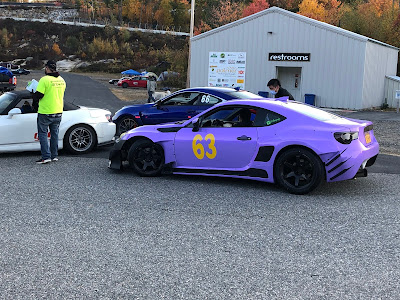 It's yellow, and it's a McLaren. I didn't get a chance to see this car on track, but I know it's fast. 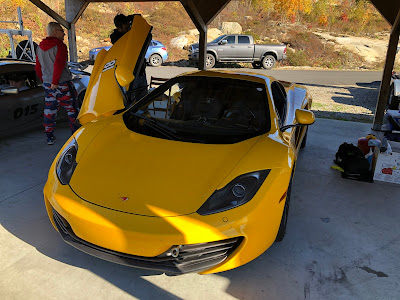 Next to the McLaren, here's a Lotus, another quick British car. 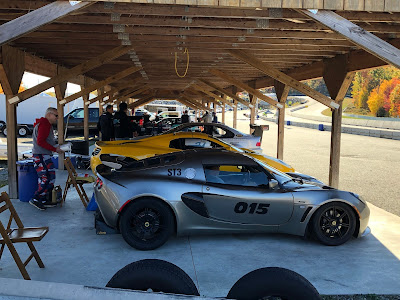 Brought to you by the fine folks at NASA Northeast, and Palmer Motorsports Park, Ware, MA. 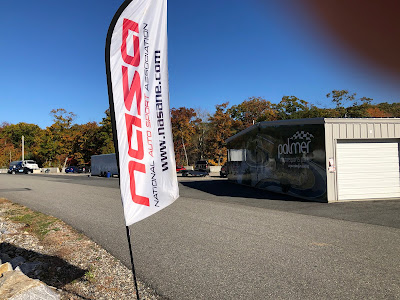 OK, one more British car, a Caterham. Based on the Lotus 7, this has got to be a BLAST to drive. My instructor Chris said he rode along in the Caterham and was amazed at how it handled. 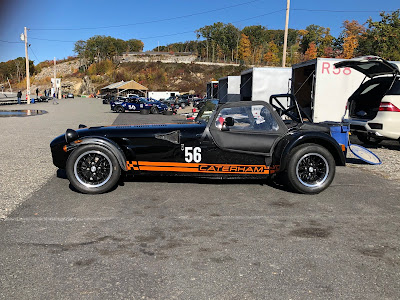 Two other Caymans, the Cayman R on the left, and a Cayman S on the right.  The blue car was in my driving group, the white car was in a more advanced group. 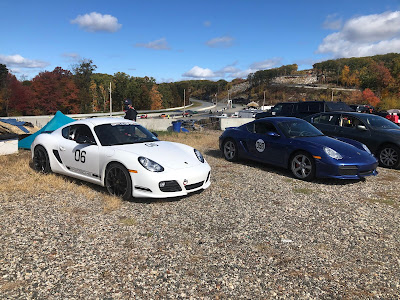 Joe Casella welcomes everyone on Saturday, and we had a great weekend with NASA NE thanks to Joe. 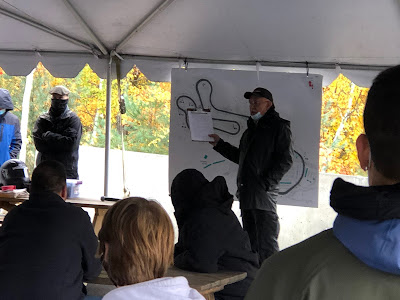 Camping out, waiting to drive again.  Over the weekend, I was on track for 10 sessions, most were 20 minutes at a stretch, and then the various other groups, racers, and time trial drivers would get their turns over the two days. Here's the NMS Cayman, it's a 2009 base model, 2.9 liter, 265HP, with new OZ wheels and Hankook Ventus RS4 tires. For my first time on track with this car, it was nice! Other than putting in some gas and checking the tire pressures, no issues. 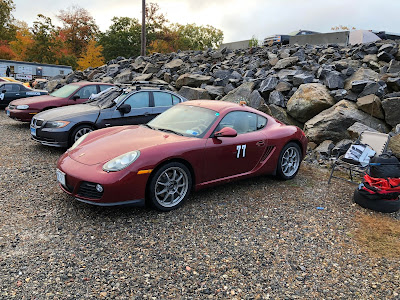