You might have heard of these informal car "meets" or "shows" called Cars And Coffee. Typically, there is no admission charge, no judging, no trophies, just two things...uh, "Cars" and "Coffee." As in, visit a local parking lot or car dealer on a weekend morning, hang out with other auto fans, grab a drink of coffee (or not), talk shop, compare notes, shoot photos, and then go about your business the rest of the day.

The first one the NMS team attended was a few years ago up in Charlotte NC, and there were usually great attendance, some cool cars like Ferraris and Lamborghinis, and various other fun toys, Corvettes, Mustangs, and cars from around the world. Since then I've lived in Virginia Beach and now New York, so I've kept up the Cars and Coffee habit, even on a visit with relatives in Carlsbad CA.

Anyway, NONE of those event prepared me for what I saw on Leap Year Day, February 29th just a half hour away from where I live on Long Island. I attended a Cars and Coffee at the Autosport Designs Inc, which was attended by the NY Metro region of the Porsche Club of America. My best guess was that a bunch of Porsches would be there, (and I was right) at whatever this store was. Boy was was there a LOT more!!

Autosport Designs Inc sells Lotus cars, and also does service and restoration and basically any other automotive work you might need for your classic cars. What kind of cars? Oh man I'm GLAD you asked! Let's take a look!!

First up, parked outside, and now that I think of it, I don't know if the Autosport guys worked on this or if this was a car someone drove to the C&C! Either way, this Aston Martin DB4 (I'm pretty sure that's what this is, like early James Bond Aston Martin) was just awesome! 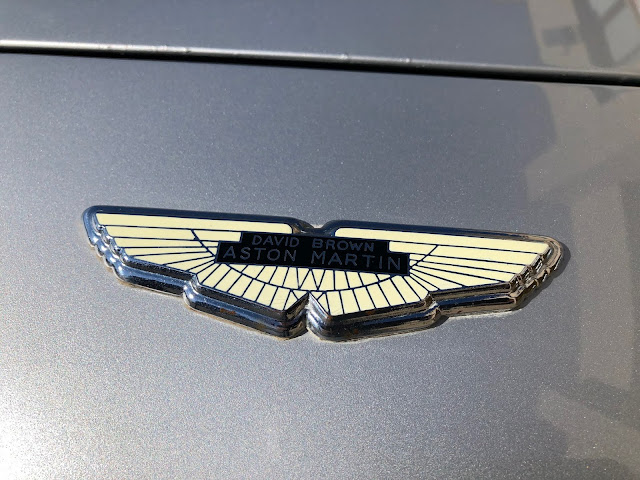 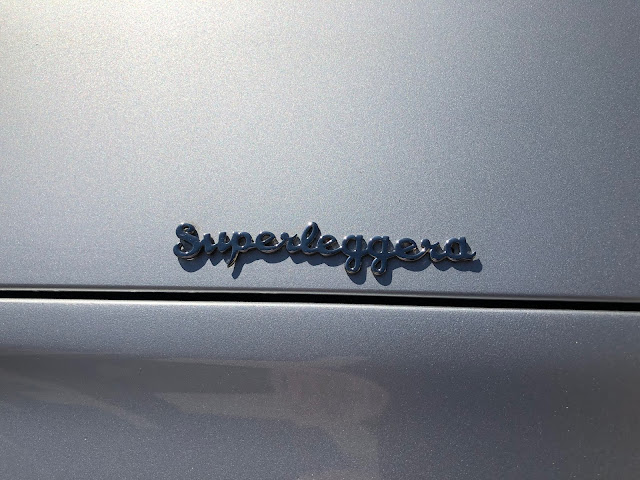 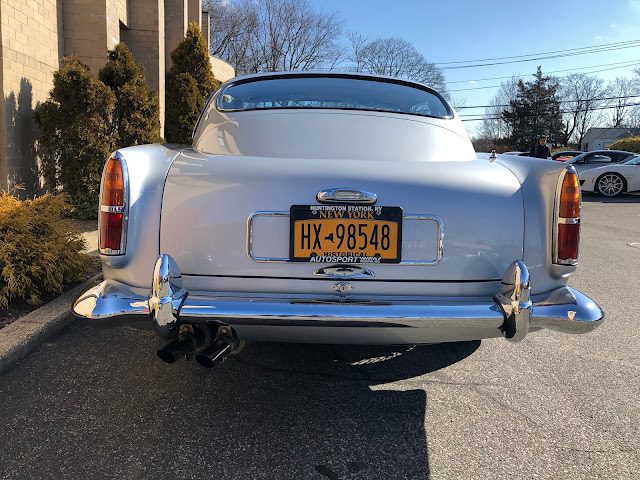 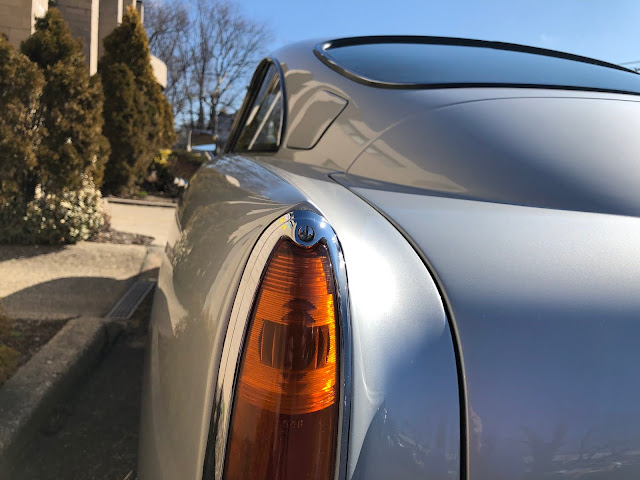 OK, we're off to an awesome start, so let's look inside the garage!

HOWEVER, this car is not your typical F50, it is a Prototype, and was featured at various international auto shows, and is now for sale for $3,300,000. Here's the link to the info, tons more info on this special car at Autosport Designs: Ferrari F50 For Sale Autosport Designs 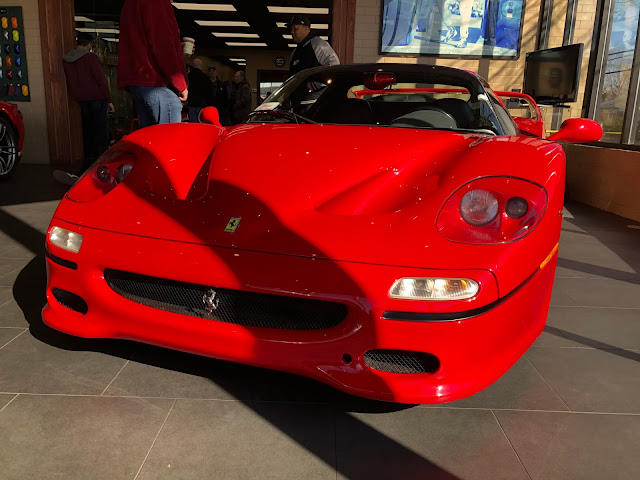 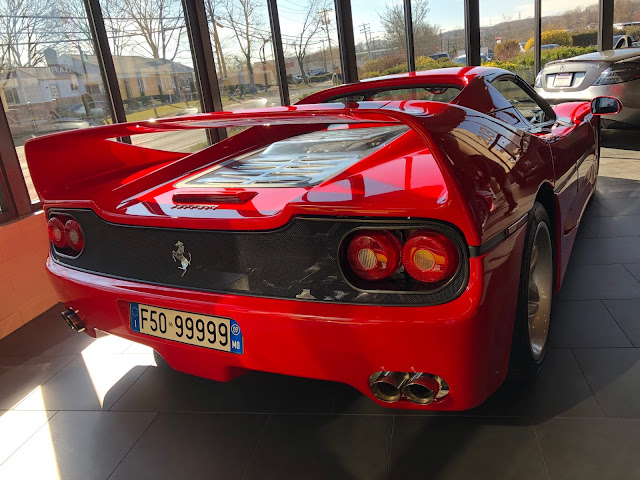 While we're talking about the prancing horse of Ferrari, here's an older one that isn't RED, it's from 1961. I love the classic "egg crate" grill of these cars. You could ask some expert what it's worth, I'm pretty sure it's around two million dollars. This is a 1961 Ferrari 250 GT Series II Cabriolet, designed by Pininfarina, They made 200 of this model over about three years from what the Internet tells me. 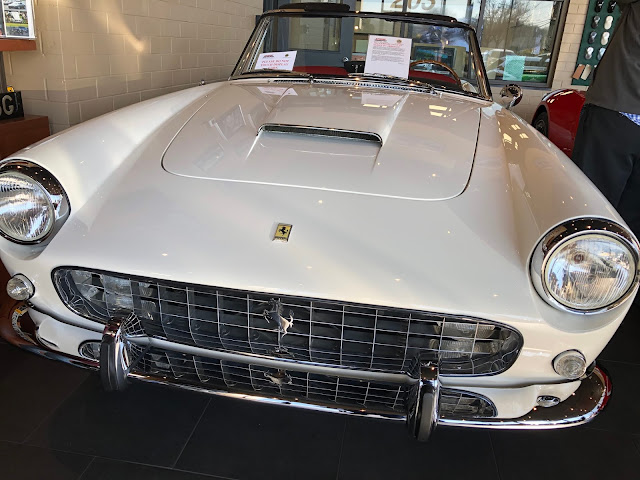 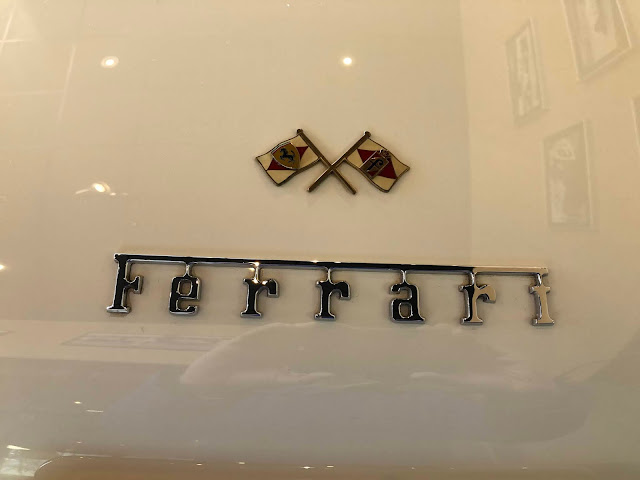 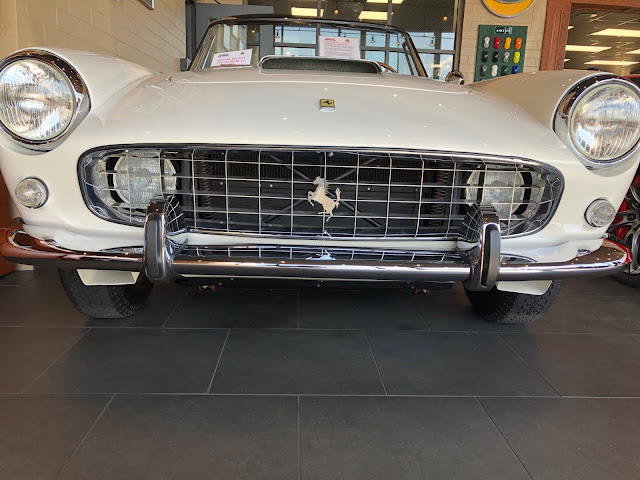 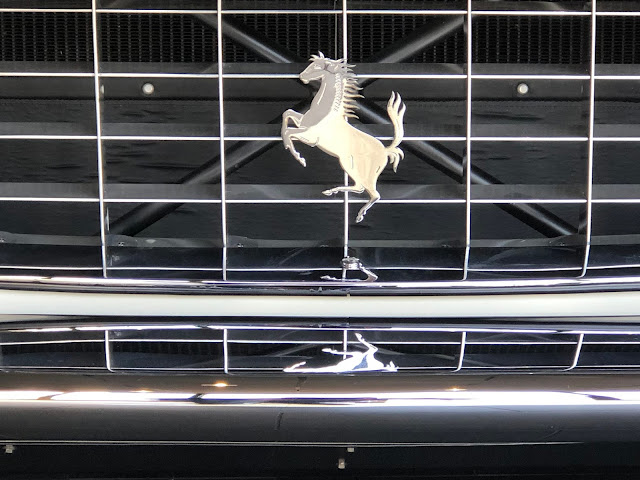 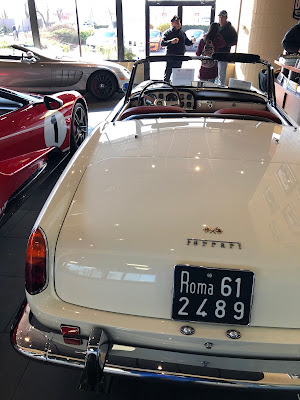 OK, I saved the best for last, because odds are you've actually heard of Aston Martin and Ferrari. Here's one I bet you don't know. OK, maybe you read about it 20 years ago in a magazine, or saw it win one of the most famous auto show in the world at the Quail during Monterey Week in California. Anyway, recognized the name on the dash but honestly had to go Google this thing to know what it is.

This white car, parked in the middle of a garage full of fabulous cars is a one of a kind, basically a concept car, from the famous Italian design firm of Bertone. I said, ONE OF A KIND, the only one in the world, 2009 Bertone Mantide. You have to go to the store website and read about this thing.

Good news, it's for sale, but you just have to ask them how much, or POA as they say in the fancy car magazines ("Price on Asking" I guess.) Me? I'm not even asking! I just can't believe I saw THE ONLY BERTONE MANTIDE IN THE WORLD earlier this weekend! Here's the link to the car, and the photos I took:  BERTONE MANTIDE