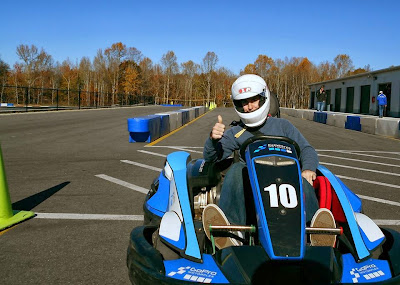 The Formula 1 teams are all enjoying a few weeks off of racing. This might seem crazy for a major sport to just stop in the middle of their season and not compete for four weeks, but it's what they do. At the heart of it I think it's based on European worker laws, or just the custom to take time off in August. If you've ever been in Europe I think one of the stereotypes is the month of August flood of people on vacation heading south, typically driving cars with their campers or caravans and generally making traffic lousy just when you take time off and want to travel!

Competition wise, various sports do it differently, with college football teams maybe having an off week before their big rivalry game, NFL teams get a bye week and can get rested up a bit, and Major League Baseball, the NBA, and the NHL all take a few days off for their All Star game mid season, although the all star players have to play part of one game. But hey, if most of those athletes are millionaires, it's probably not so bad.

In Formula 1 though, I can see that unlike most other sports, there are a large number of the mechanics, engineers, support staff, and hundreds of people supporting each two-car team, and from what I know a bunch of them are working some ridiculous  hours, almost always away from home, so a couple weeks off probably helps them keep healthy and makes the family back home happy too!

In other Formula 1 news, Red Bull driver and seven time race winner Daniel Ricciardo has announced he will switch teams next year and drive for Renault. That should shake things up, and we'll soon be hearing about other drivers switching teams too. Everyone wants to drive the fastest car or play for the winning team, so drivers are the same and have to make their best guesses on how the teams will perform in the future if they want to move to the best place to become a champion. Ricciardo stated that every time Renault has entered Formula 1 that they eventually have improved enough and taken the world championship, so he's betting that history will repeat itself. With various changes to the designs of the cars in 2019 and 2021 or so (new engines), we're all looking forward to team battles with more than just one maker with a chance of winning.

Other news this week is less positive as three time former champion Niki Lauda has undergone a lung transplant, so we wish him the best and a good recovery. If you're not familiar with him or why he might have some health issues, I recommend you watch Ron Howard's movie "Rush" about the 1976 F1 season, and you'll see why Lauda is such a tough guy as a driver, besides the rest of his background as a business man, pilot, and a director with the Mercedes Benz F1 team today.  LAUDA ON BBC

The other news recently was the passing away of FIAT and Ferrari executive Sergio Marchionne, who certainly left his mark in the auto industry in many ways, including the FIAT purchase/rescue of Chrysler.    MARCHIONNE ON BBC
Posted by robert.a.nixon6@gmail.com at 7:45 AM