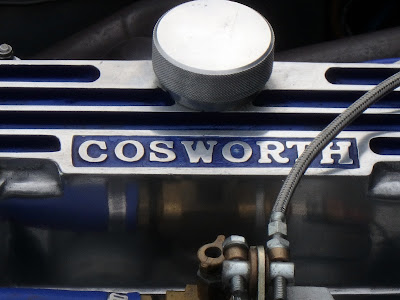 NMS has confirmed that they won't be driving in Formula 1 next year. Well, unless someone offers us a driver's seat, then we'll say yes in a heartbeat! Seriously, the Williams team still has one seat open, but all the other teams have announced their drivers for 2018. In other words, we'll be following the races on line, on TV, and just maybe live if we can get to Montreal or Austin for the closest races.

The good news (in my opinion) is that F1 returns to both Germany and France, so I bet the teams and drivers are happy to have more races close to their European bases, compared to the far off races that force them to work and compete across so many time zones.

Another highlight coming up will be what is the first triple-header of F1 races in three consecutive races. NMS hasn't been following F1 since it started in 1950, but we've been told that the stretch of races June 24 in France, July 1 in Austria, and July 8 in Great Britain are the first time this has happened. Whether or not this impacts on the driving for good and bad, we'll find out. As a fan, I think it's a good idea! On the other hand, if NFL football is special because there are only 16 games, but baseball is overkill because there are 165 games in a season, then maybe the F1 schedule of 21 races should be about right. With France, Austria, and Great Britain all being closer together than all of Texas, what's the big deal!