My goals for 2017 include winning the lottery, starting my own grammy winning blues band, and driving in Formula 1. Did I say "goals", I meant "dreams." My real goal is to get to keep auto-crossing, and wear a cool yellow vest when I work on the course, and just maybe get to be the corner captain and use the radio. It doesn't pay anything, but it keeps me out of trouble.


My real goals for 2017 would be to improve my auto crossing skills. If I can do that, then I should be able to score more points and finish higher with the Tidewater Sports Car Club than in 2016.


Specifically, my goals are:

1. Win my class with the Tidewater Sports Car Club.  The big news here is that the FIAT will be moved to HS class next year, so that will be a change from driving in GS for the past 4 years. HS has some quick cars like Mini Coopers, VW TDIs, and the Ford Fiesta ST in it, so we'll see how that turns out. The TSCC has some fast drivers in HS, so realistically I'll be happy to end up in the top 3 for the class.

2. Move up from 20th to at least 15th in the overall TSCC PAX points championship. Following 2016's improvement from 29th to 20th, 15th would be nice. The club gives prizes for the top 10 overall, but I'm still pretty far out of that range, although at one event in 16 I cracked the top 10 for the day. Really good news here, the HS PAX/RTP index makes this the class for the slowest of cars, so we will get the biggest PAX advantage. Right there that would mean an HS car will score more points than a GS car with the same time, so that should be a big boost for moving up the PAX field in 2017. The serious drivers only care about the actual driving time, or RAW time, but for the rest of us, the PAX index gives us a way to compete on paper at least.

3. Improve my average points per event from 92.10 to 94.0. That should take care of #2, if you know what I mean. Calculating the point scoring is easy, since you just divide your PAX driving time into the winner's time. The winner always gets 100, and then everyone else scores less from there. I had scores that ranged from 88 to 96 last year, so I mostly need to drive more consistently and avoid those scores that start with the numeral 8. Nothing personal against "THE OCHO," but I'm shooting for "THE NUEVE."

4. Upping the average points per event would bump my total points (in the best 7 events) from 644.71 to 658, and from there maybe the top 10 will be in range. I don't have any control over how fast the other drivers go, or if it will rain during my events, so there are always those variables that impact the PAX standings. Over a 9 event season, that manages to average things out a bit.

5.  Those are the tough goals; the easier ones will be to drive safely, have fun, and find some other events and track days to drive in too. Right now I'm signed up for a National Auto Sport Association (NASA) 2 day track event in South Carolina in May, with plenty of seat time with an instructor, so I'm really looking forward to that! Check out the NASA (for drivers) web site: NASA 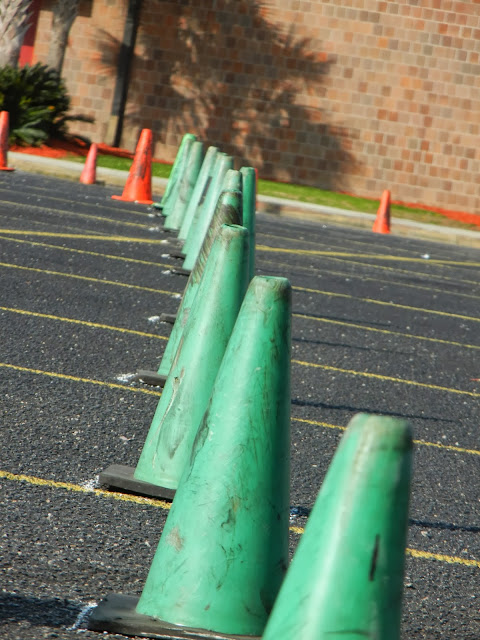